While the engineers of the leading companies are working on the creation of new generation batteries capable of providing mobile devices with a month (and even years) of autonomous work, the manufacturers of that mobile equipment have found a way to temporarily solve the problem of the small capacity of batteries in their gadgets – they endowed them with the ability to replenish the charge literally in minutes thanks to fast charging technology.

It would seem that Fast Charge can ease the life of gadget owners until the creation of a new generation of batteries, but here there was another problem – as often happens in the modern world, the stumbling greed of techno brand bosses was a stumbling block to the world’s happiness – no one wanted to share their work.

As a result, the end users suffered a lot of fast charging standards, which are almost incompatible with each other. Despite the fact that this issue has not been resolved for several years, the most common standards of high-speed charging, their differences, disadvantages, and advantages will be discussed today.

Quick charge: what it is and how it works

For fast charging, a high-power power supply is required in the first place. So, if in usual chargers the current and voltage is equal to a maximum of 2-2.5 A and 5 V respectively, the fast adapters give out up to 5 A and 20 V.

Of course, in addition to powerful charging, all this would be impossible without a special controller installed in the smartphone, which transmits information about the current state of the battery to the power source, which in turn regulates the output power, reducing or vice versa increasing the voltage and amperage.

It is worth noting the following feature of all fast charging protocols: for sure you have repeatedly heard how when describing a new device the manufacturer always mentions the time of replenishment of the first 50% of the battery capacity – this is a small trick on the part of marketers, since the fastest charge is an empty battery, further, the smartphone artificially lowers the voltage to avoid overheating and reducing battery degradation.

Let’s start with the most common technology to date, called Quick Charge from the famous manufacturer of chipsets for mobile devices Qualcomm. At the moment the world has already seen the third version of Quick Charge (QC 1.0 appeared in 2013). The novelty shows amazing results, bypassing the performance of conventional charges by almost 5 times (nominally QC 3.0 is capable of delivering 24 watts of power with micro USB and 36 watts with USB Type-C, although in practice the third and second generation Qualcomm Quick Charge provide 18 watts). Today, this technology can be found in many devices of the middle and higher price segments, for example, in Nokia 8, the latest representatives of the Galaxy S line, the flagships of LG, HTC, Asus, etc. Already introduced version of QC 4.0, but only one gadget is compatible with it – the notorious Razer Phone. 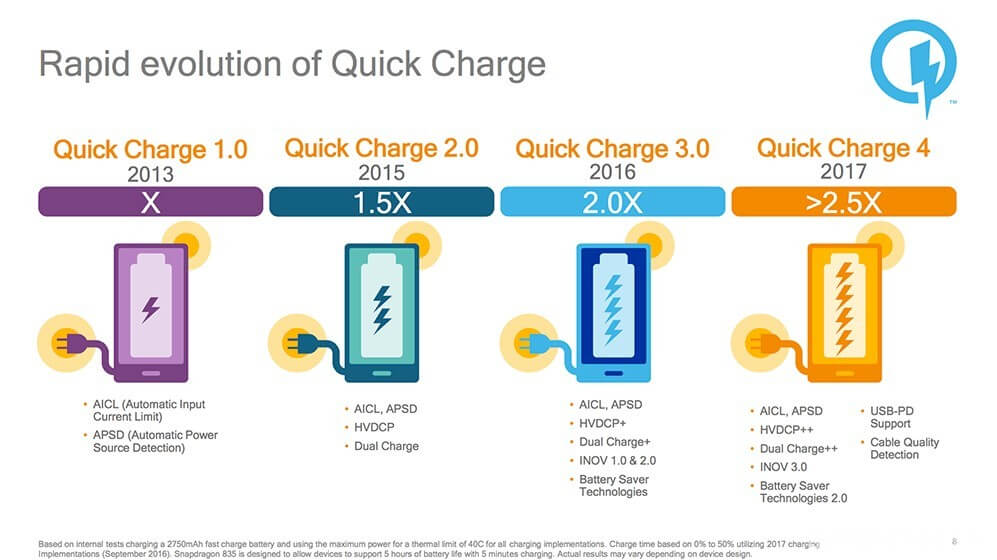 Similar parameters and developed by Huawei technology Super Charge. Yes, now it is compatible only with Huawei Mate 9/9 Pro and Mate 10/10 Plus, but with a current strength of 5 A, the maximum power of 22.5 watts, which allows you to charge the 10 Plus battery with a capacity of 4000 mAh to 57% in half an hour. 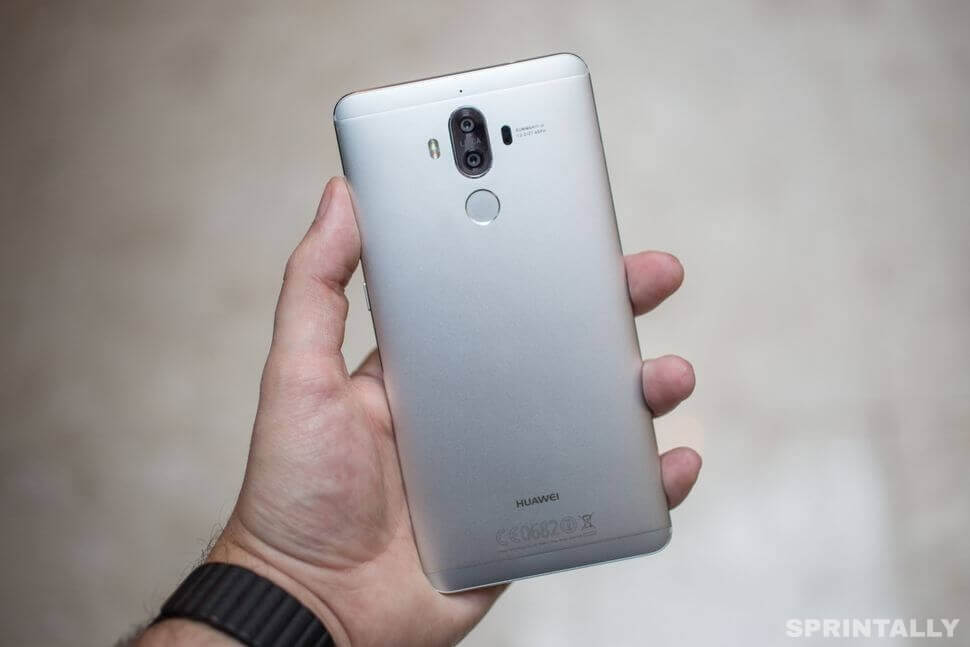 However, not all fast charging standards are proprietary: in particular, Motorola’s TurboPower technology is built on the basis of Quick Charge 2.0, so it has backward compatibility with the development of Qualcomm. Yes, there is a difference between them, but for ordinary users, the only significant difference is only the higher power of Motorola’s development – 25.8 W against 18 W from Quick Charge 2.0. Unfortunately, TurboPower only supports two devices – Moto X Pure Edition and Droid Turbo 2.

Another flagship in the market of mobile processors – the company MediaTek – also boasts its own fast charging technology, whose name is Pump Express. It is a direct competitor to Quick Charge and has already acquired the fourth version. To the mandatory conditions for the support of this standard is the chipset compatible with its protocol and the USB Type-C port. The advantage of Pump Express can be considered that it charges the battery directly, without using the built-in smartphone controller: the function for controlling temperature and voltage is taken over by the AC adapter. 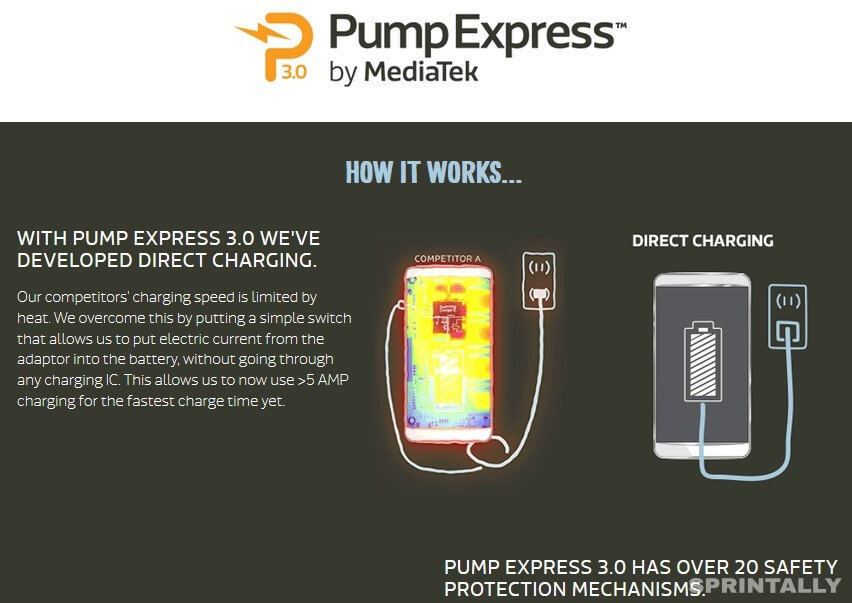 Of course, Samsung could not stay away from such a promising trend as high-speed charging technology. Their offspring occupies one of the highest positions in the prevalence in the market among all mobile devices supporting fast charging. Adaptive Fast Charging provides the power of 15 watts and it is equipped with only the company’s flagships (Galaxy S line starting with S6 and Note line, starting from the fourth generation). 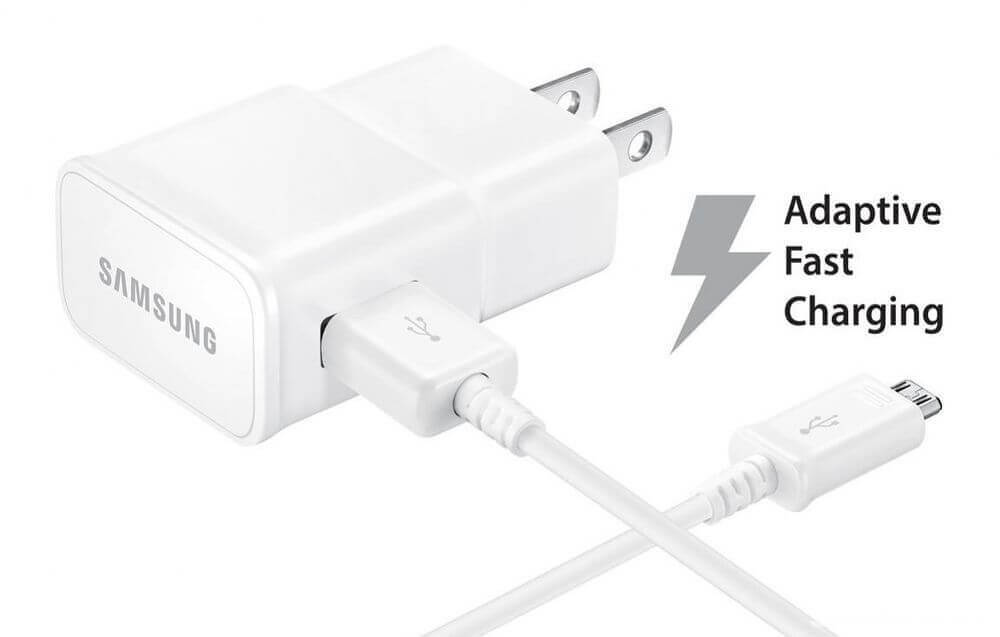 In the end, we will mention, perhaps, the most promising standard of fast charging – Super mCharge from the Chinese manufacturer of smartphones Meizu. The prototype shown last year at the MWC 2017 exhibition produced 55 watts of power, fully charging the battery for 3000 mAh in just 20 minutes. Unlike all the above technologies, Super mCharge requires not only a supported smartphone and an appropriate power adapter but also a special cable capable of withstanding such a high voltage. Despite the rather impressive characteristics, the appearance of the first devices supporting Super mCharge is scheduled for the coming months. 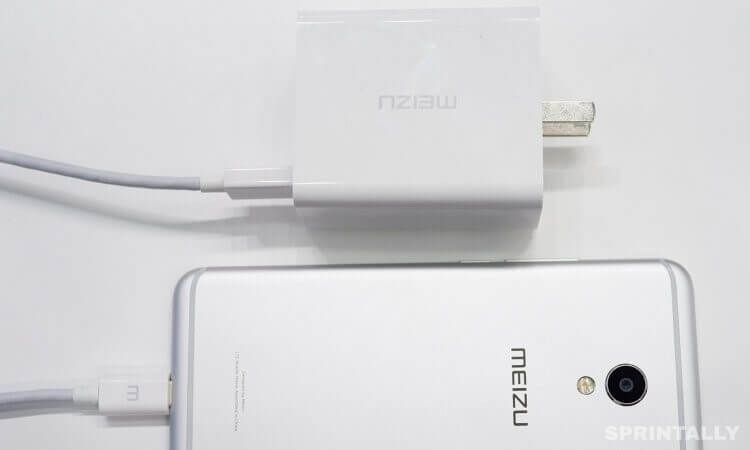 Separately, it’s worth talking about VOOC Flash Charge technology, which gives a power of 25 watts with a current strength of 4.5 A and a voltage of 5 V. This standard was developed by OPPO for its flagships and later formed the basis of Dash Charge from OnePlus. The essence of technology is that the smartphone uses an 8-pin battery, divided into several cells. They are charged in parallel, so the VOOC Flash Charge standard is considered the safest. 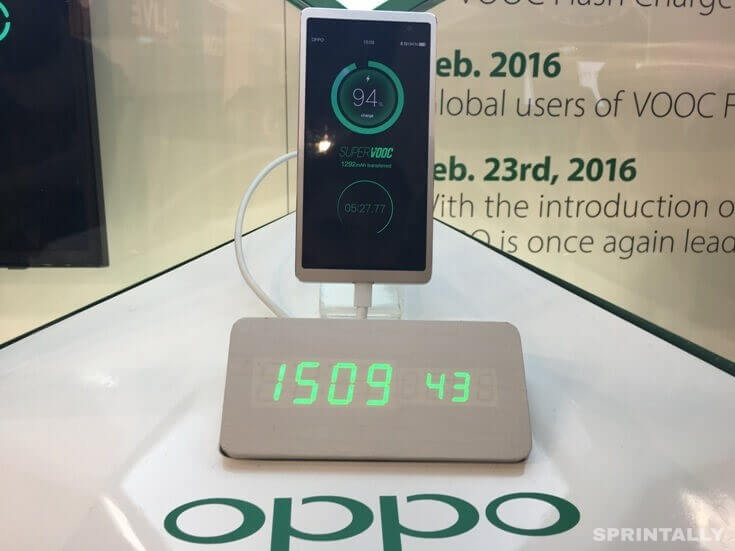 Danger of rapid charging for the battery

Probably, you yourself understand that in order to avoid the breakdown of your gadgets and creating fire-dangerous situations, you need to use complete (or third-party, but by no means appropriate) accessories for quick charging. Whatever wonders are available in the United States and in the United States of America.

Also, so that the battery does not succumb to premature degradation, it is necessary to use a recharge. For example, if the battery is 4000 mAh, the adapter’s current strength should not be more than 4 A. The majority of the Fast Charge standards fall under these parameters.

As already mentioned earlier, most high-speed charging technologies are incompatible. The exception is only Quick Charge 2.0 and built on its base TurboPower from Lenovo. Also, Samsung’s flagship smartphones running on Qualcomm processors support several standards: the company’s Adaptive Fast Charging and Quick Charge 2.0.

If you recharge a device that does not support fast charging, a power adapter with increased power, nothing terrible will happen. All high-speed chargers can work in the standard mode, where the current is limited to 2-3 A, and the voltage is 5 V.

Google several years ago presented its own technology USB Power Delivery, planning to combine various standards of high-speed charging. Unfortunately, the product did not become mass, although this may change in the near future. Quick Charge 4.0 is backward compatible with USB Power Delivery.