Overview of Linux distributions. Which one should you choose?

Linux distributions are software packages that include the system kernel and a large set of different applications and software for installing the OS.

Although all Linux distributions are based on the Linux kernel, each of them has a set of basic distinguishing features that characterize a particular distribution:

Now we will look at all this in detail.

Architecture is the type of processor that the distribution supports. The most common processor architectures include:

The initialization system is the very first process (daemon) that starts when a computer starts up with a Linux kernel-based OS and functions for the entire duration of the system’s operation; it is the parent process of each subsequent process that runs on the device.

Note: You may also encounter other initialization systems, but SysV and systemd are the undisputed leaders among them. If you don’t consider yourself an experienced user, then it doesn’t matter which initialization system you choose. Most modern distributions have begun to rely on systemd, so distributions with SysV (or alternative versions of it) are becoming less and less common at the moment.

On Linux, all software is delivered as packages. The work of archiving and managing these packages is performed by package managers. Most packages are interchangeable, although utilities such as alien can perform the conversion between some types of packages.

Note: Although you can choose a specific package management tool, the package type is tightly bound to the specific distribution. This way, you will never see a version of Ubuntu that uses. rpm packages. Different distributions operate different software repositories. Some programs created by independent developers can only appear in one or two package formats. If your priority is to have broad access to open source software, then a distribution that uses packages in the .deb format or .rpm is likely to be the best choice.

When it comes to the main differences between Linux distributions, people for some reason believe that it all comes down to differences in the desktop environment used. The irony is that most distributions support the installation of a wide variety of desktop options.

The best desktop options strike a balance between their degree of configurability and relative resource consumption. A completely new computer or a high-performance computer can work with any version of the desktop environment. But on weaker or older hardware (especially netbooks), choosing a resource-intensive desktop option can negatively affect the use of the entire system.

Modern desktops tend to be less customizable, they focus on aesthetic design and appearance.

In any distribution, the following basic principles remain unchanged:

Pay or not pay?

Buying Linux can give you advantages that the free versions don’t have, such as:

Some many companies and organizations have created their distributions or varieties of Linux systems that can meet the needs of any user. Probably too many distributions! In our guide, we will try to make this list simpler and shorter by looking only at the most popular distributions.

Debian is the granddaddy of all Linux distributions, and it has many offshoots, including Ubuntu. The distribution was released in September 1993. Initially, the difference between Debian and Red Hat Linux-based systems was that it had a huge library of software packages (about 50,000 libraries) and it had an automatic software management system called apt.

This meant that instead of having to download many app packages individually, you could just tell Debian which app you needed and it would automatically do the rest for you. The distribution has traditionally been known to lag behind some other distributions in terms of having the most up-to-date packages, but it makes up for this with good stability, since the main packages are well tested.

Note: Choose the name of a character from the Toy Story cartoon as the name of the next Debian release. 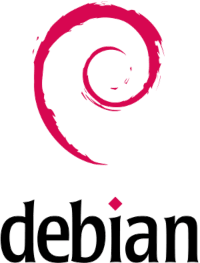 Ubuntu was released in 2004 by Canonical and quickly became popular. Canonical positioned Ubuntu as a simple Linux distribution with a graphical desktop, which was supposed to replace the use of the command line. This is the most well-known Linux distribution.

Ubuntu is an easy-to-use system for beginners, an offshoot of Debian Linux. It comes with a large number of pre-installed applications and even more of the most diverse software that is located in its repositories. Canonical also offers commercial support for Ubuntu. There are many different builds based on Ubuntu:

Ubuntu is released twice a year (April and October). In addition, every two years, the so-called. Ubuntu LTS (short for “Long-Term Support”) is a version with long-term support, updates (including bug fixes and security) for which will be released over 5 years. Regular “interim” releases offer support for 9 months. 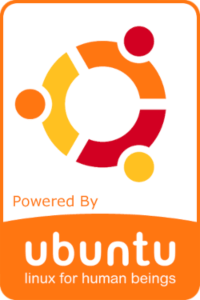 If you don’t like the look of the Ubuntu desktop, then you can look in the direction of Linux Mint. It is based on Ubuntu and is aimed at novice users, and you can use Cinnamon, Xfce, MATE, LXDE, or KDE as a desktop environment. 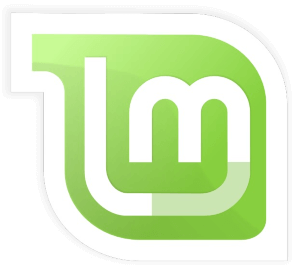 Red Hat was founded in 1993. They have become arguably the most commercially successful Linux distribution company in the world, and are now owned by IBM.

As a result, Red Hat Enterprise Linux (RHEL) was created. This product is used by many companies around the world and is a commercial Linux distribution with full support. Most RHEL users use it as a server operating system, not a desktop one. 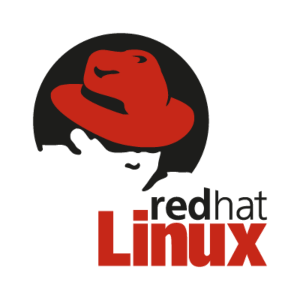 CentOS is a free version of RHEL that is binary compatible with RHEL (i.e. it has the same software). Many companies that don’t need commercial support use CentOS.

When Red Hat switched to a commercial distribution model for its products in 2003, it also released a distribution called Fedora. Fedora is a cutting-edge, completely free, desktop Linux distribution from Red Hat. By default, it uses the GNOME desktop, but as with Ubuntu, there are a large number of different Fedora-based builds. Since the Fedora distribution always strives to be at the cutting edge of technology, its stability may be lower compared to other distributions (Debian or Ubuntu LTS).

Note: Fedora has a reputation for focusing on innovation, integrating new technologies at an early stage, and working closely with other Linux communities. 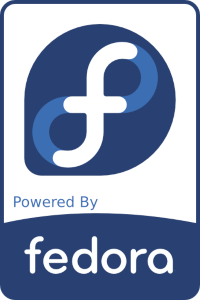 SUSE was once an independent German Linux distributor, which was later bought by Novell and then acquired by Micro Focus. Since then, they have been purchased and sold several times.

SUSE Linux Enterprise Server is a great all-in-one enterprise-focused product that includes a user support service, as well as corporate partnerships with companies like SAP. The commercial distribution model is not the only similarity between SUSE and Red Hat.

SUSE was originally built on Red Hat Linux and therefore has the same RPM-based package management system, but it has changed enough over the years to become a standalone distribution. SUSE’s Linux distributions use YaST as an operating system configuration and package installation utility.

The completely free version of Linux from SUSE is called openSUSE. There is also a version of openSUSE Tumbleweed, a system that constantly has new software updates (the so-called rolling release). In the distribution, you can find various software development tools, the openQA utility is designed for automated software testing, while Kiwi creates Linux images for deployment on real hardware. openSUSE uses the KDE desktop by default. 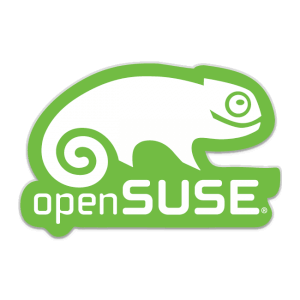 elementary OS is a desktop distribution based on Ubuntu. It is incredibly intuitive for a new user coming from a different system (especially from macOS). Some of its most interesting features include a custom desktop environment called Pantheon, which takes its cue from the look and feel of macOS. 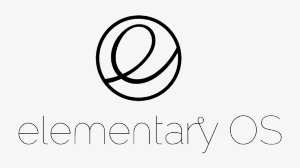 Gentoo is a free operating system based on Linux, developed in 1992. Since software packages are collected from source codes directly on the user’s computer, the system can be automatically optimized and configured for almost any hardware or task.

The heart of Gentoo is portage, a powerful and flexible software configuration and distribution system (package manager) that performs many key functions. For example, when installing new software, portage automatically creates a custom version of the package that is optimized specifically for the target hardware, ensuring that the package does not contain unnecessary functionality that burdens your computer.

With portage, Gentoo can be the perfect secure server, developer workstation, embedded solution, or whatever else you want. Due to its almost unlimited adaptability, Gentoo is often referred to as a “smart OS”. 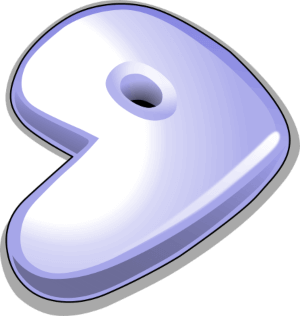 Two Linux distributions based on Gentoo:

MX Linux (abbr. from “MEPIS and antiX“) is a lightweight Linux distribution based on the stable version of Debian, which is a joint development of the antiX and MEPIS Linux distribution community. It is positioned as a distribution package that is not very demanding on computer resources, combining a fairly good desktop environment with a high system stability indicator, sufficient performance, and simple configuration. Xfce, KDE, and Fluxbox are used as desktop environments. 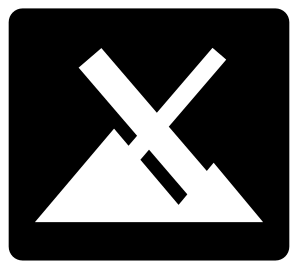 You can choose from Xfce, GNOME, KDE Plasma, LXDE, MATE as an installable desktop environment. Kali Linux also supports a wide range of devices with processors based on the ARM architecture. The distribution is developed, funded, and supported by Offensive Security, a leading information security training company. 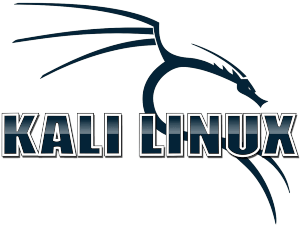 Arch Linux is not derived from Debian or Red Hat Linux distributions. It stands apart and is revered by geeks for being an incredibly fast distribution because it is built on a simple (but solid) base. Everything else can be added via its package management system, pacman. 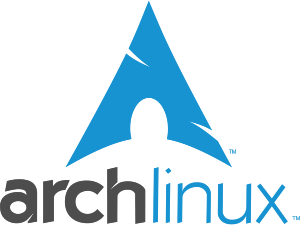 Slackware was probably the first real Linux distribution since 1993! Like Arch Linux and Manjaro, it uses .tar.gz packages rather than the more popular apt or yum systems. If you consider yourself an advanced user but don’t want to bother compiling packages, Arch Linux or Manjaro might be the best choice for you, as they offer the same level of customization as Slackware. 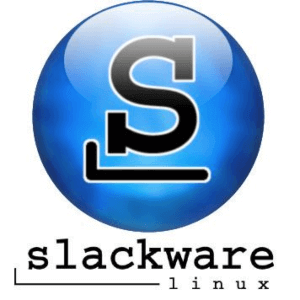 If you like distributions that have a similar look to that of Windows or macOS, or perhaps just something with a nice interface, then be sure to check out Zorin OS, Solus, and Deepin. For example, Solus has its window manager called Budgie, and it was created entirely from scratch, rather than being a derived distribution from Ubuntu or Fedora.

So which distribution should you choose?

The following table summarizes the criteria for choosing a Linux distribution: