How to replace the laptop drive with an additional hard...

Drives for burning CD / DVD discs with time increasingly lose relevance, because now almost all modern devices are able to play information via USB drives, ie, for example, flash drives, external hard drives. And it turns out that in those laptops that were bought with the drive, this drive is idle and almost never used. However, it can be replaced with an additional hard disk, thus you will have one more place for HDD connection.

Contents of the Article show
THE PRINCIPLE OF REPLACING A CD / DVD DRIVE ON AN HDD
So, on the points:
POSSIBLE PROBLEM WHEN INSTALLING HDD INSTEAD OF FLOPPY DRIVE AND FIXING IT
CONCLUSION

In this article, I’ll tell you how to install an ordinary hard disk HDD in the place of the CD / DVD drive.

It is especially important to change the CD / DVD drive in those notebooks where there is initially only one standard bay for installing a hard drive or SSD. And if you want to put a high-speed SSD instead of a hard drive, then it turns out to be impossible for many. For the reason that the price is 1 GB. place on the SSD is very large, i.e. such a disk with a large capacity will cost well, so much expensive. And if you put a small capacity SSD (very popular volume of 100-200 GB approximately), then so much space is unlikely to be enough for someone. Only one system, for example, Windows 10 with all the necessary programs will eat up to 150 GB. Therefore, a good way out in this case is to replace the usual hard drive with a small SSD, and replace the drive with a hard drive, either old or new even larger capacity.

For stationary computers, all this is irrelevant. In the system unit, there is always a place for connecting additional HDD or SSD disks

THE PRINCIPLE OF REPLACING A CD / DVD DRIVE ON AN HDD

The replacement process itself is not at all complicated, but you will need to buy one part, an adapter, which I will discuss below.

So, on the points:

1. First, you need to remove the drive from your laptop. This is usually done on all laptops in a similar way. On the back of the laptop should be a screw holding the drive holder. This cog, as a rule, is located directly above the drive, closer to the center of the laptop and is closed by a special rubber stopper. And above the hole for this screw can be drawn a designation, for example, a disk, which immediately makes it clear that it is this screw that holds the drive. 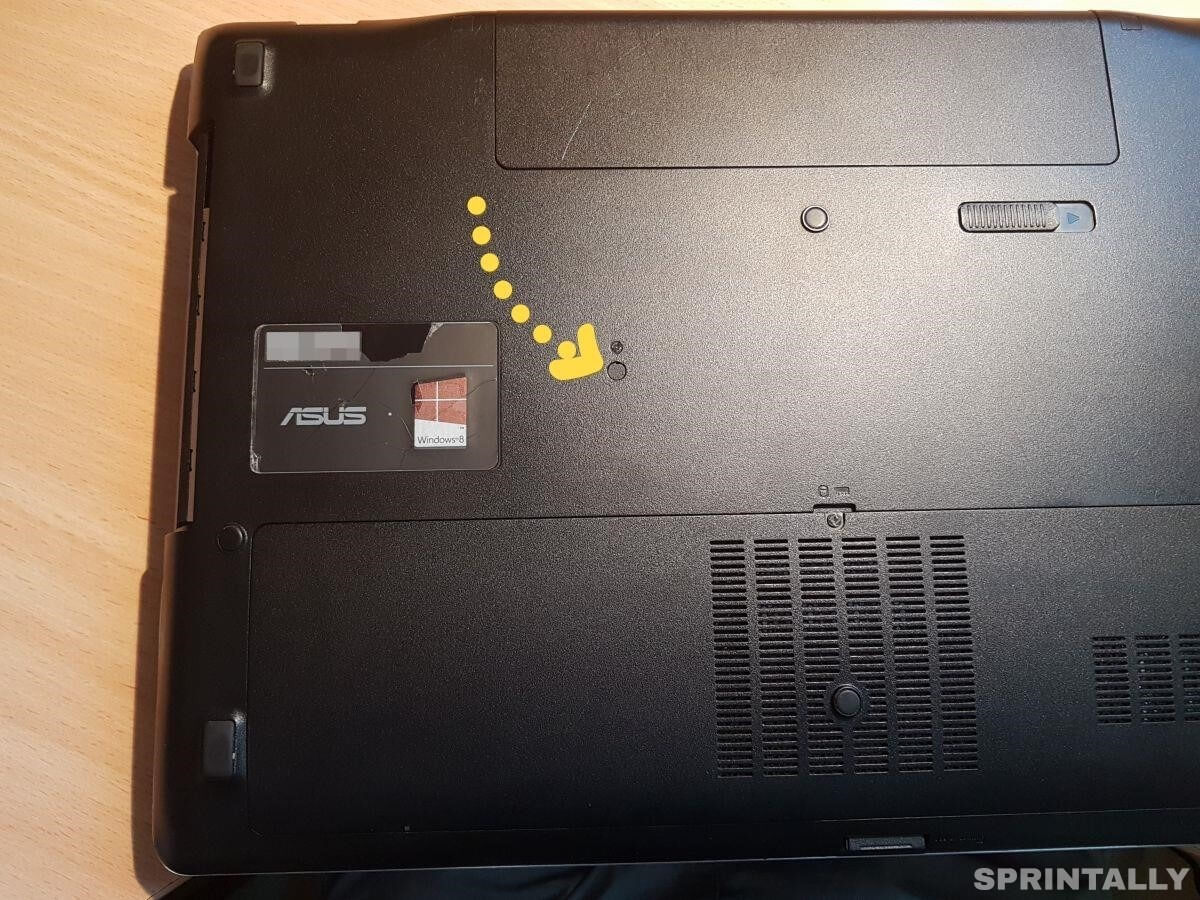 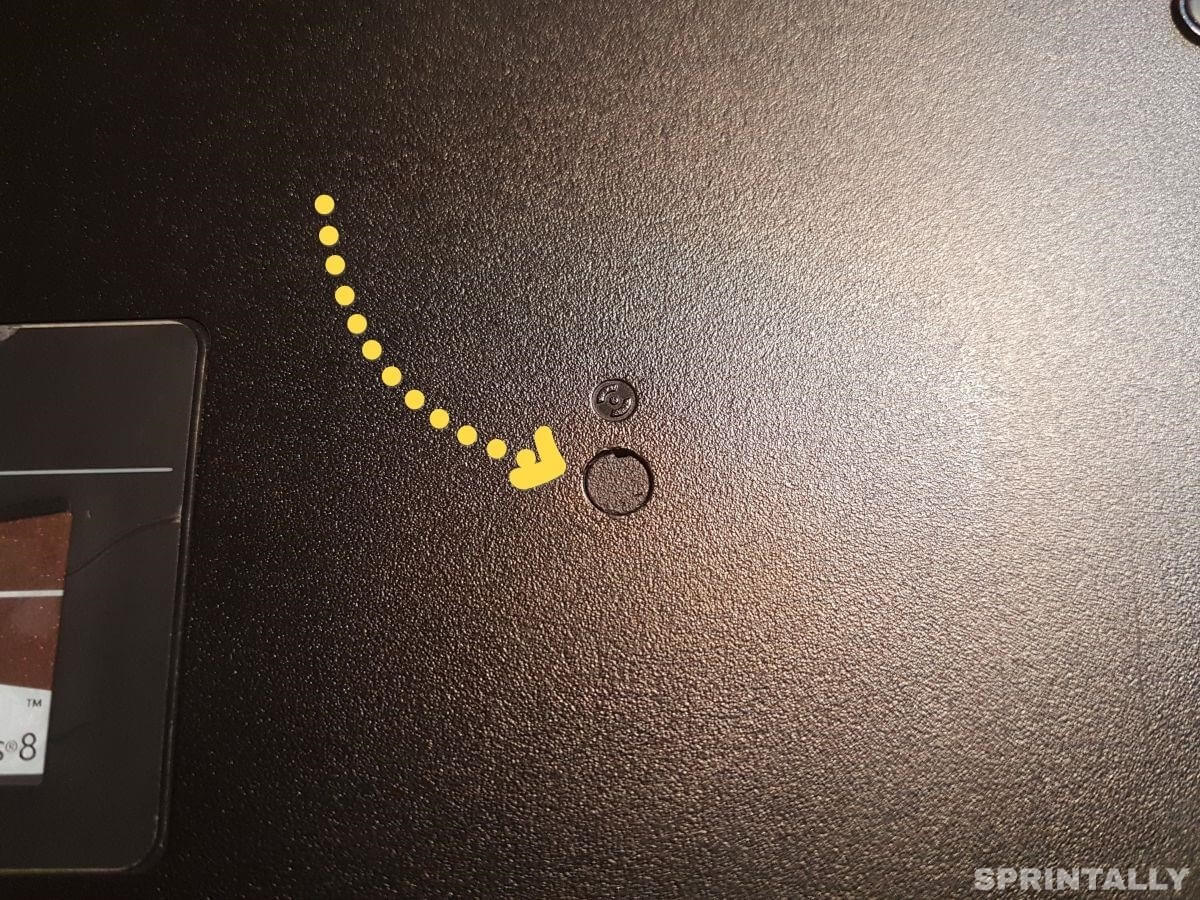 It is enough to take out a stub with something sharp (for example, a needle, a thin screwdriver, the point of a knife), unscrew the cog, and you can pull the drive out of the compartment with your fingers. 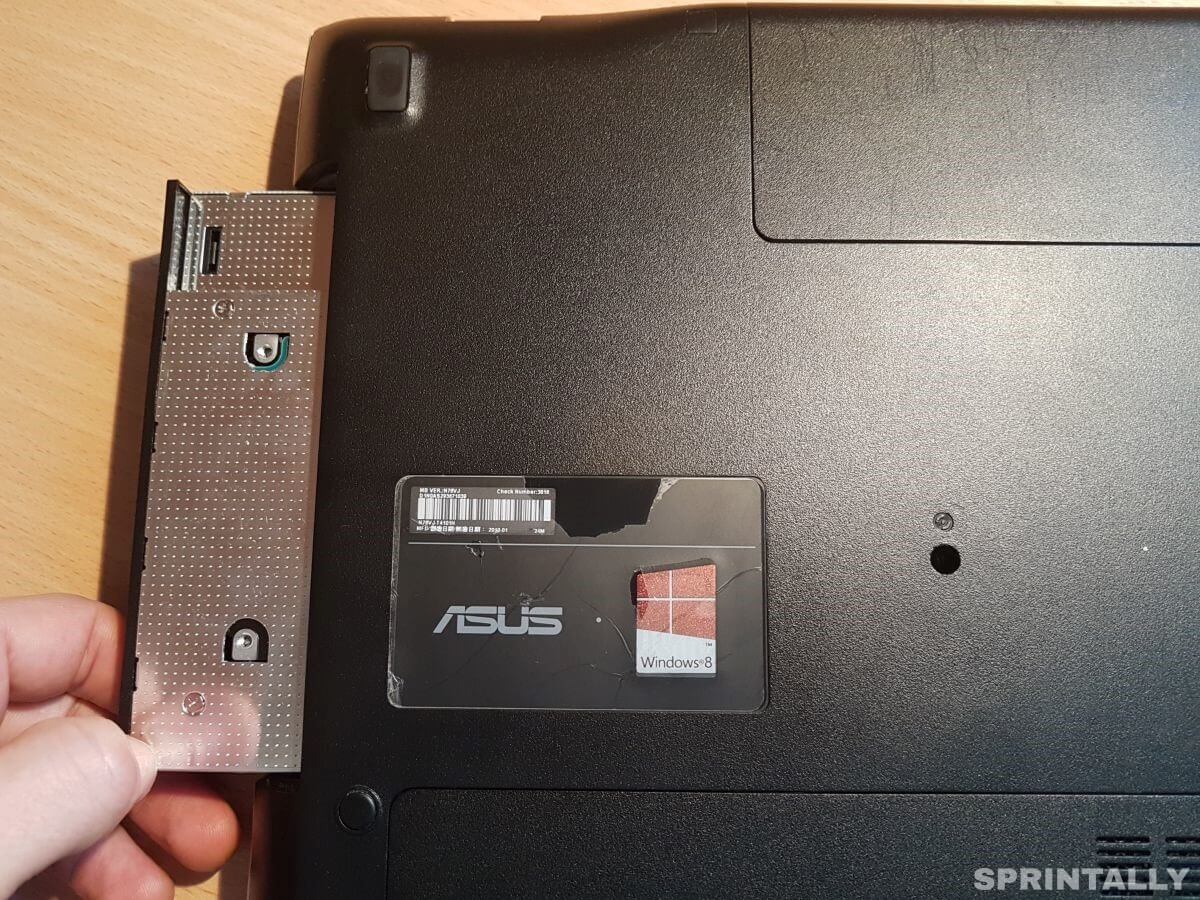 2. Measure the drive in length, width, and height. Because instead of it. You will buy a special adapter, which will have the form of a drive and there will be inserted into an HDD drive. This adapter should have exactly the same dimensions (no matter if it is 1 mm smaller in height and width) as your drive.

3. Buy an adapter to connect the HDD drive instead of the drive. It’s usually called this: DVD slim to HDD (msata to sata) adapter. 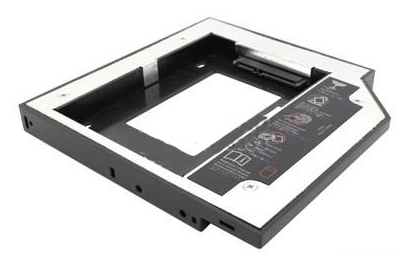 When buying, without fail check the dimensions of the adapter! They must match the size of your disk, or be 1 mm. less from one side or from each side (this is permissible). But if the adapter is thicker on the other side, longer, then it just does not fit into the corresponding compartment of your laptop.

There are such adapters in different ways, on average around 1000 rubles. They are made by different manufacturers, but all these adapters perform only one function. Therefore, the manufacturer, producing better adapters here do not have to choose, you can take that cheaper and fit in size.

4. After purchasing an adapter, connect the desired HDD to it.

Let me remind you that there is no sense in connecting an SSD to this adapter!

The disk is connected elementary: insert it into the corresponding SATA connector and slightly slide it to fit into the adapter compartment.

To the disk does not hang, keeping on only one connector to which you have connected it, it needs to be fixed with cogs. Screws should be included, and also there will most likely be a necessary small screwdriver.

5. It remains only to insert the adapter into the same compartment where you had a CD / DVD drive and fix the drive with the same cog, putting the rubber stopper on top (if it was already standing).

All! A hard disk is connected instead of an unnecessary CD / DVD drive. You can turn on the computer and work 🙂

If you connect a hard drive instead of a CD / DVD drive of the laptop through a special adapter, there may be a problem that I happened to encounter on 2 laptops.

It consists in the fact that after installing the HDD through the adapter instead of the drive, the computer ceases to shut down normally, and also to switch to different sleep modes. When you try to perform one of these actions, the computer terminates all programs, but it does not turn off completely. Fans continue to work at this, and at higher speeds, the computer can shut down or go into the desired sleep mode in more than an hour, or it can continue to work endlessly and heat up.

When I first encountered this problem, watched for a long time I looked for the reason, I went over all the drivers and searched for the problem in the system itself and the installed programs because the hardware itself is all right.

It turned out all very simple. On the adapter (sled), which connects the HDD instead of the drive, there is a switch. I was not able to find out exactly what it switches, but apparently some kind of mode of operation. Here’s how it looks: 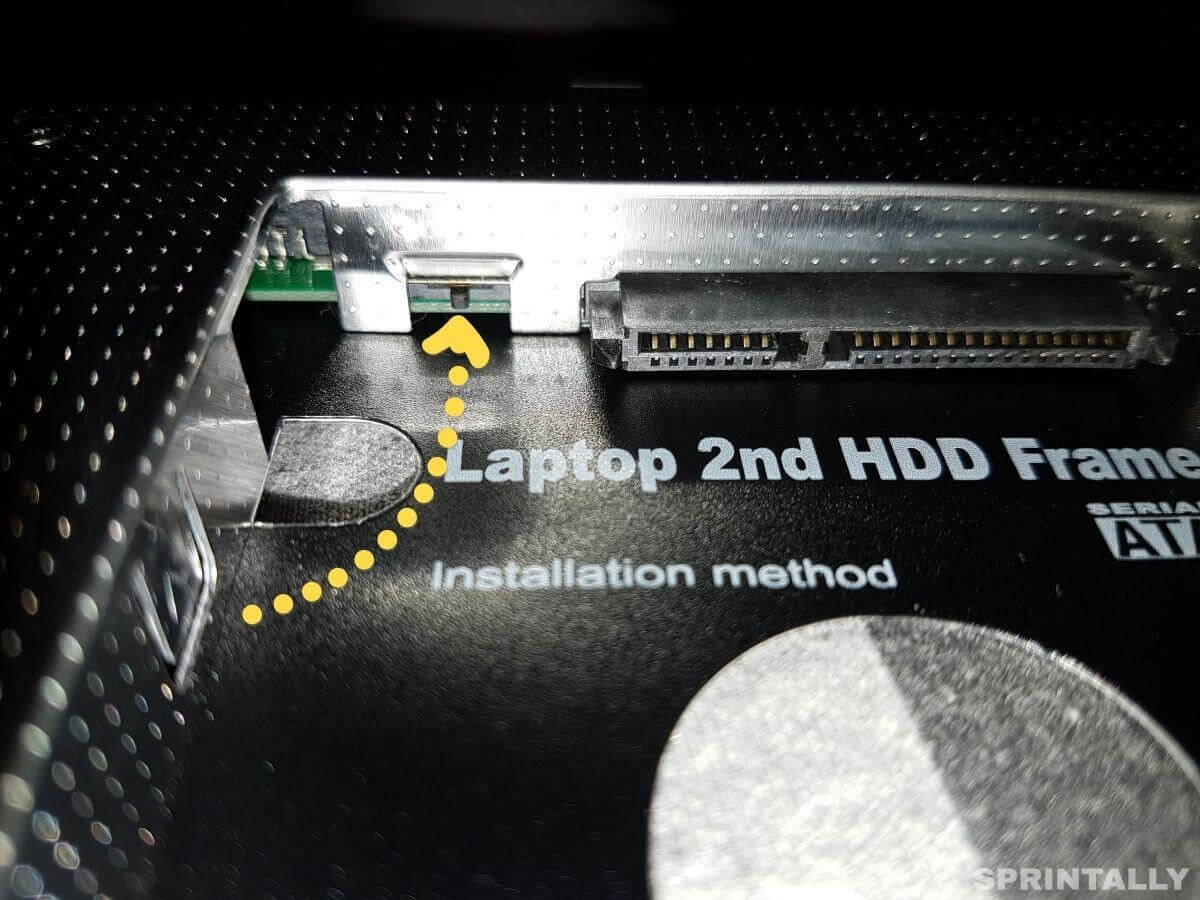 It is enough to move this switch from the home position to one of the two available ones, then again install the HDD in the laptop and check if the situation has changed. If not, slide the switch to the last 3 position. In this case, 100% should already work as it should.

If you have a CD / DVD drive on your computer and you do not use it, replace it with a regular hard disk. At least it will be useful, especially if there is only one HDD in your notebook. And so, why just stand idle drive, take only space in the laptop 🙂