iPhone 11: Last year, Apple showed the iPhone XR, it became a simplified version of the new iPhone XS and iPhone XS Max. A year later, we were shown the new iPhone 11, the trick repeated: along with the top and expensive iPhone 11 Pro and Pro Max, iPhone 11 is on sale. It is a bit simpler, but at the same time it is significantly cheaper, almost the flagship, just not that expensive. 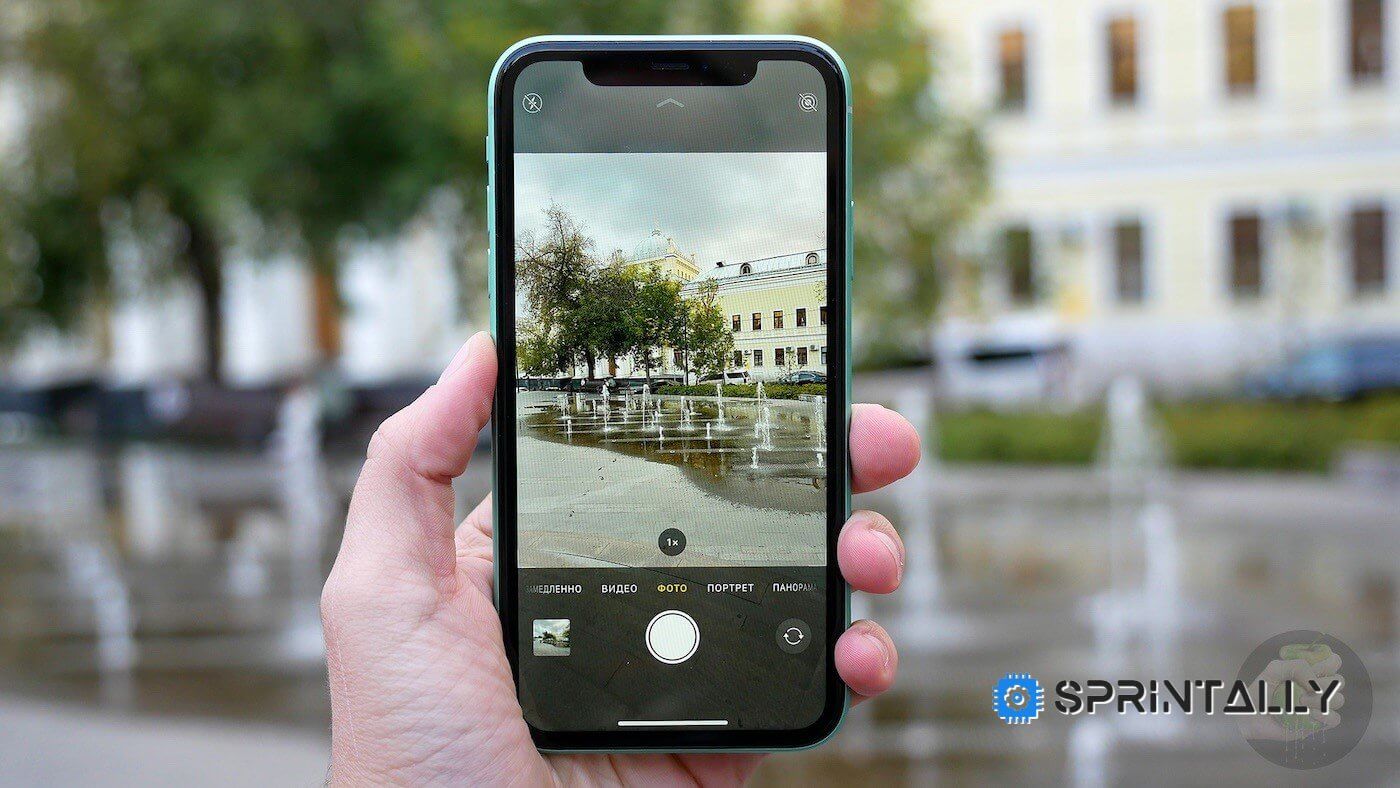 What is the difference compared to the iPhone XR

We already talked about the features of the iPhone 11: this is the heir to the iPhone XR in new colors, with a more powerful filling, an improved camera and excellent battery life. What is the difference between the iPhone XR and the iPhone 11 you can read here in this article:

All last year, there were accusations against the iPhone XR that this was the only phone for the money with a single camera. Well, ok, Apple heard us and added an additional wide-angle module to the iPhone 11. 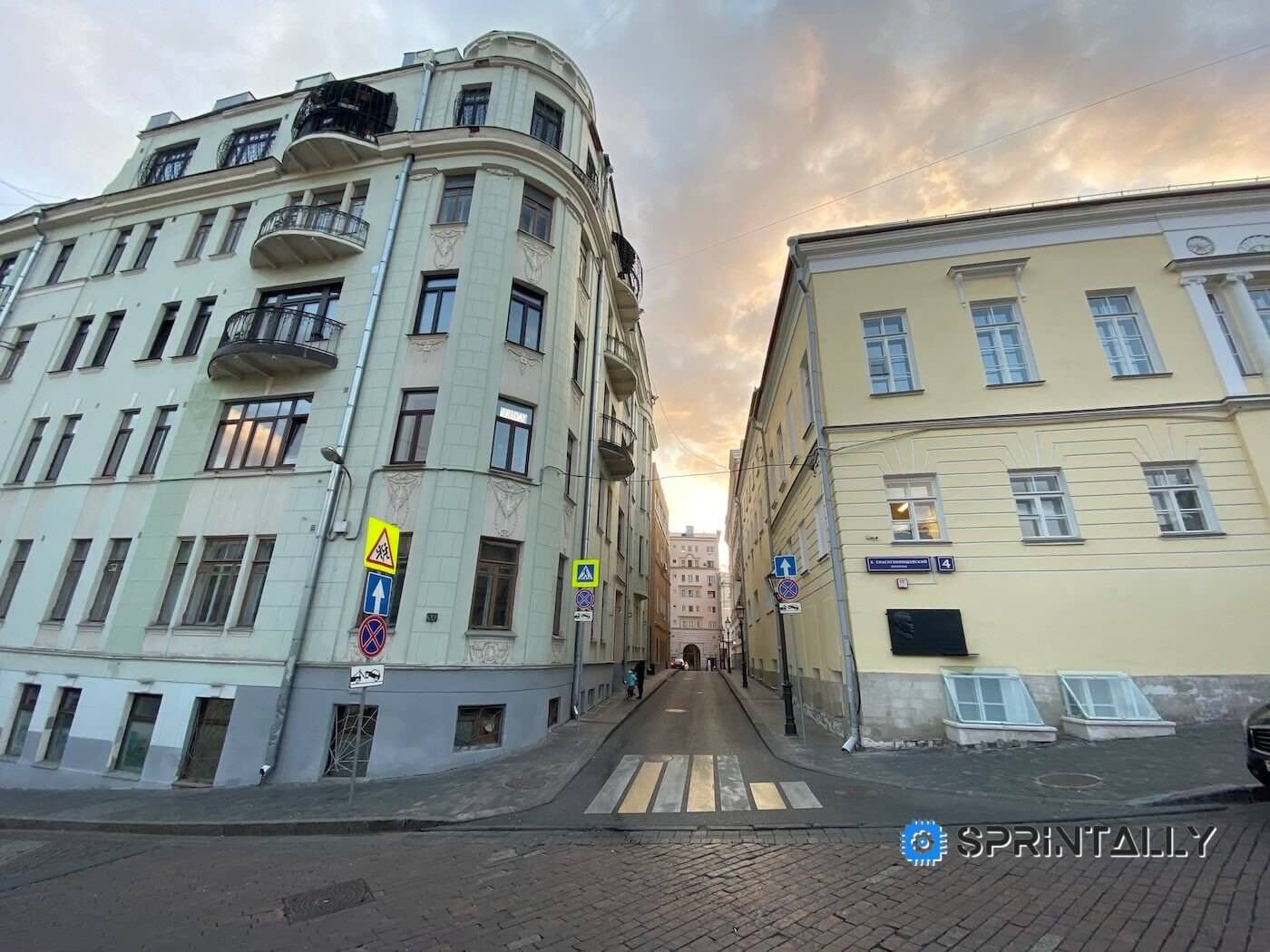 In addition, there is an improved main module: wider viewing angle, there was a video recording in 4K at 60 frames per second and a new night mode. In general, everything is like in the iPhone Pro, but there is no optical zoom. 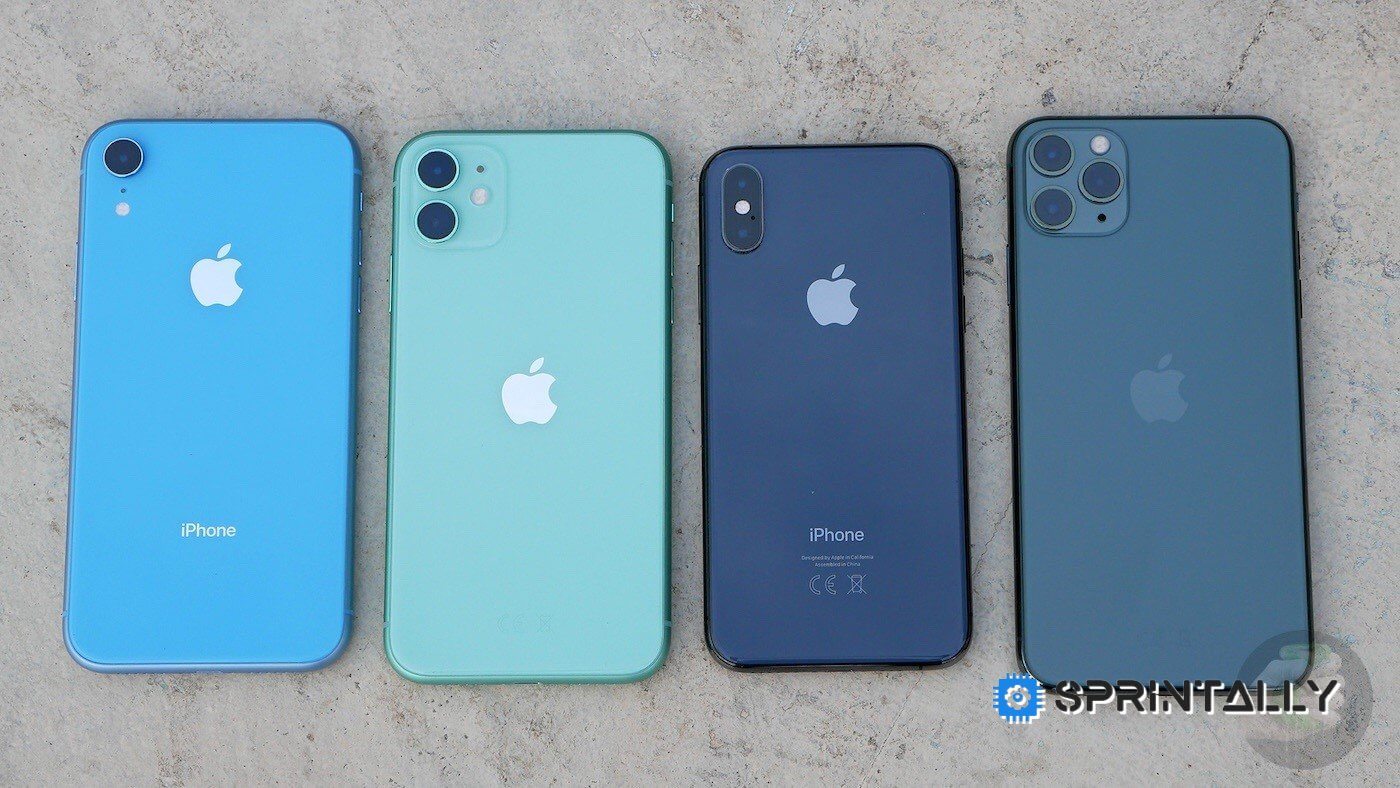 I haven’t photographed so much on the iPhone 11 yet, but at first glance, the difference between it and the iPhone XR is palpable.

I also tried the night mode, the iPhone 11 takes better pictures: it is clearly visible that there are more details compared to the iPhone XR, and less noise. We are waiting for the launch of Deep Fusion in the fall – in theory, new iPhones should photograph even better. 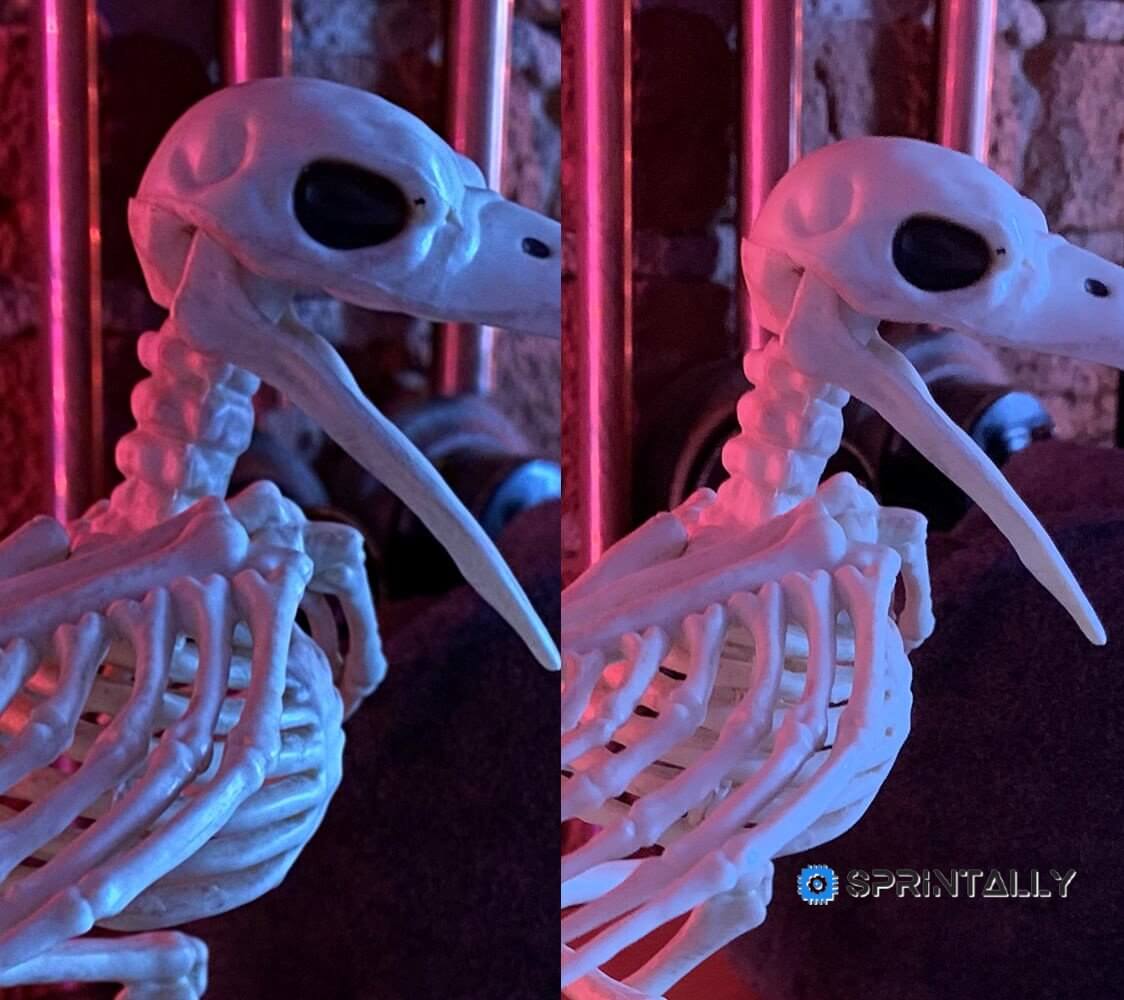 How about without a self portrait? 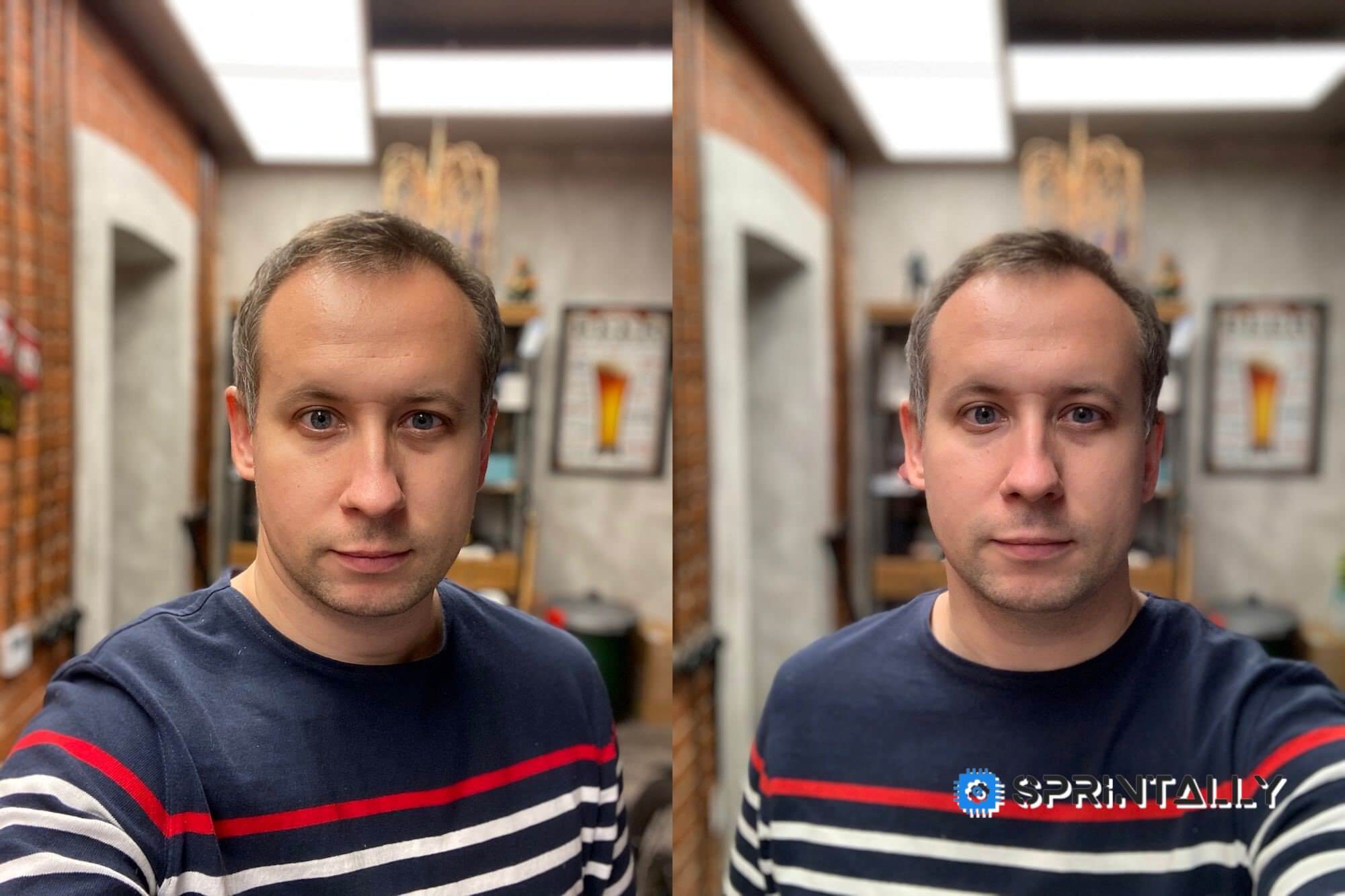 In addition, Apple finalized the portrait mode in the iPhone 11: it works not only in humans but also on inanimate objects, unlike the iPhone XR.

iPhones have always shot great videos, this year the situation has not changed. Still very smooth picture with excellent stabilization. You can shoot with a conventional camera, or with a wide-angle one, and the moment of switching between them happens at lightning speed, it feels like in a movie. But no, everything is removed not by professional equipment, but by an ordinary telephone.

A new phone with loud stereo speakers, the stock is large, there is no wheezing at maximum volume – the iPhone 11 is even louder than the iPhone 11 Pro. In addition, the phone now supports Dolby Atmos. Thank you for the surround sound, but adjusted for size: after all, we are talking about the small acoustics of the phone. In any case, Dolby 5.1 and 7.1 in such a compact device is interesting and you can bother with the search for quality content.

I tried using an example of such a video:

I have iPhone 11 in use since morning, I lived until the evening, there was still another 40% of the battery. I think I’ll put it on charge tomorrow afternoon. It seemed that there was nowhere longer, but Apple exceeded expectations and we have a new record holder. 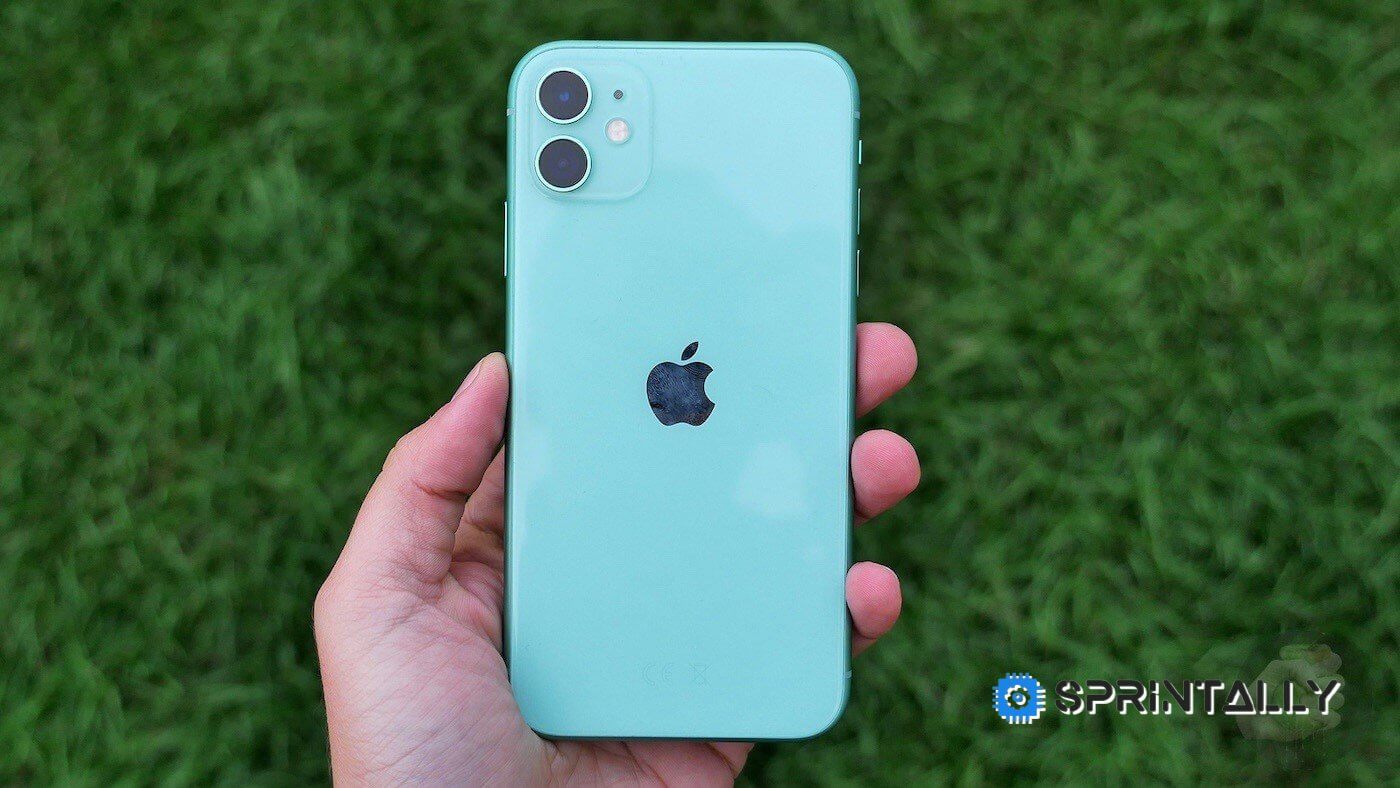 At the same time, it is painful and insulting to receive a power supply unit from the ancient era for 5 watts in a box with a phone for 935 USD. It would be better if they didn’t put anything into the box than such a low-power unit. Seriously, charge the phone for three hours?

The screen has not changed

In terms of specifications, the display of the iPhone 11 does not drive in holy awe. It would be nice to get an OLED matrix, as in the more expensive iPhone 11 Pro, but Apple did not change anything. Compared to the iPhone XR, there is no difference, the display is exactly the same: wide frames in place, the cutout also remains. 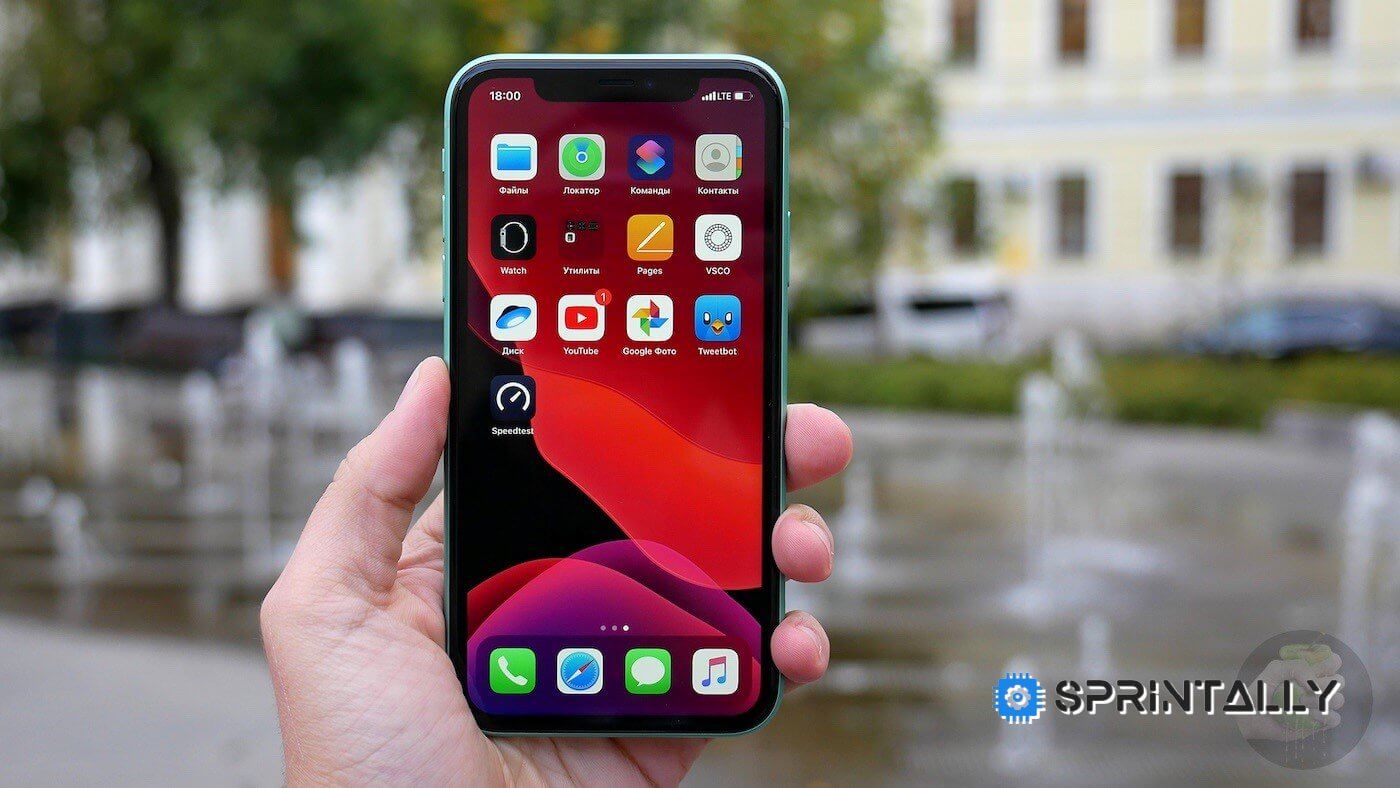 In terms of picture quality, the iPhone 11 is inferior to the more expensive iPhone 11 Pro and Pro Max: viewing angles are worse, not so deep black color, lower contrast.

The dimensions remained the same, the weight also did not change a gram. But Apple changed the glass: now, according to the company, the case has become stronger. We will carry out a crash test, we will publish the results as always on Sprintally.

The front of the iPhone 11 is no different from the iPhone XR, all the differences are in the back: the new dual camera module is immediately visible.

In addition, Apple has updated the palette. No more bright yellow and blue, the coral color disappeared. But there were mint, lilac and pale yellow. Plus, there were classic white and black, as well as blood red Product Red. 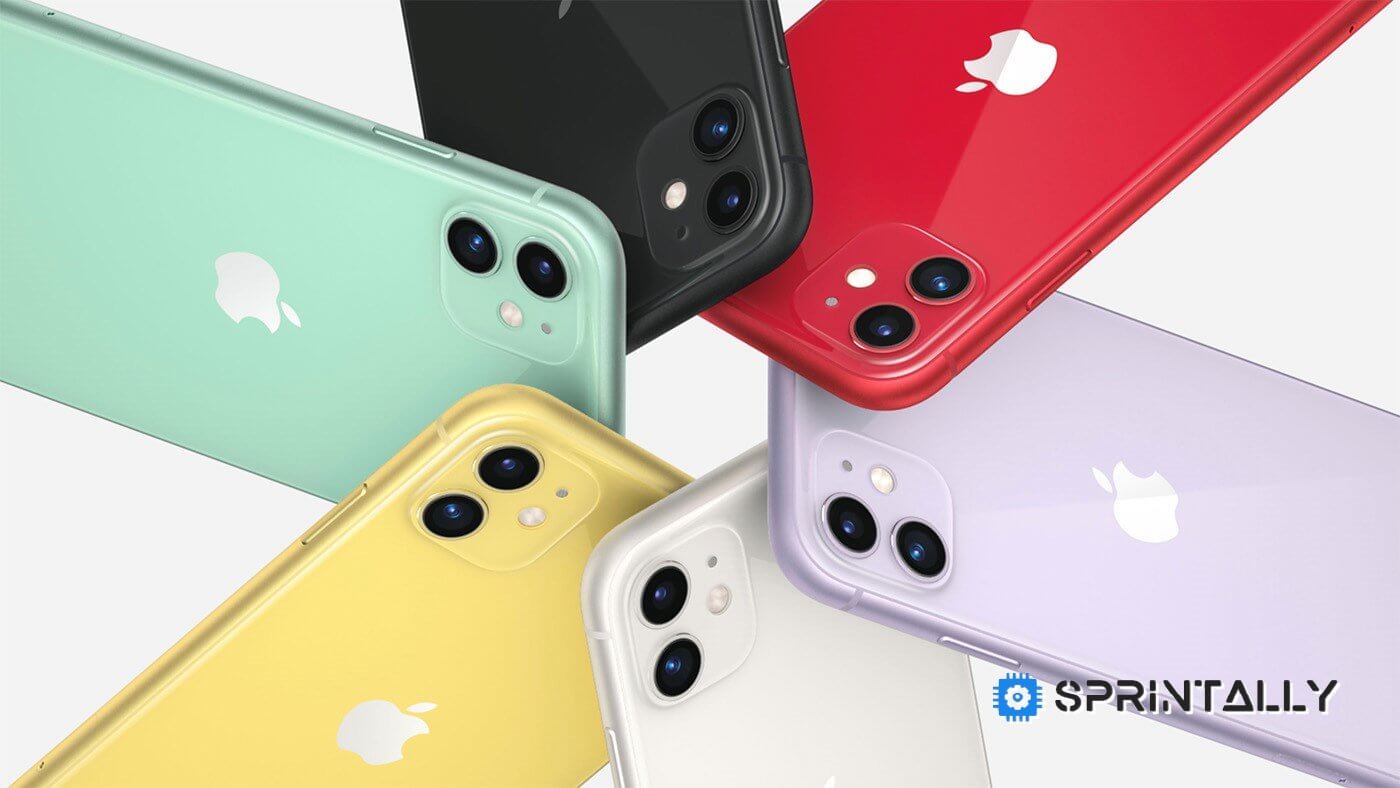 And here I want to poke a little: I liked the old color scheme, I have been going with the blue iPhone XR for a year now, and I like this bright color. The iPhone XR also looked gorgeous in yellow, but now there are no more such saturated colors. They became calmer and softer – I would even say, they became more feminine. 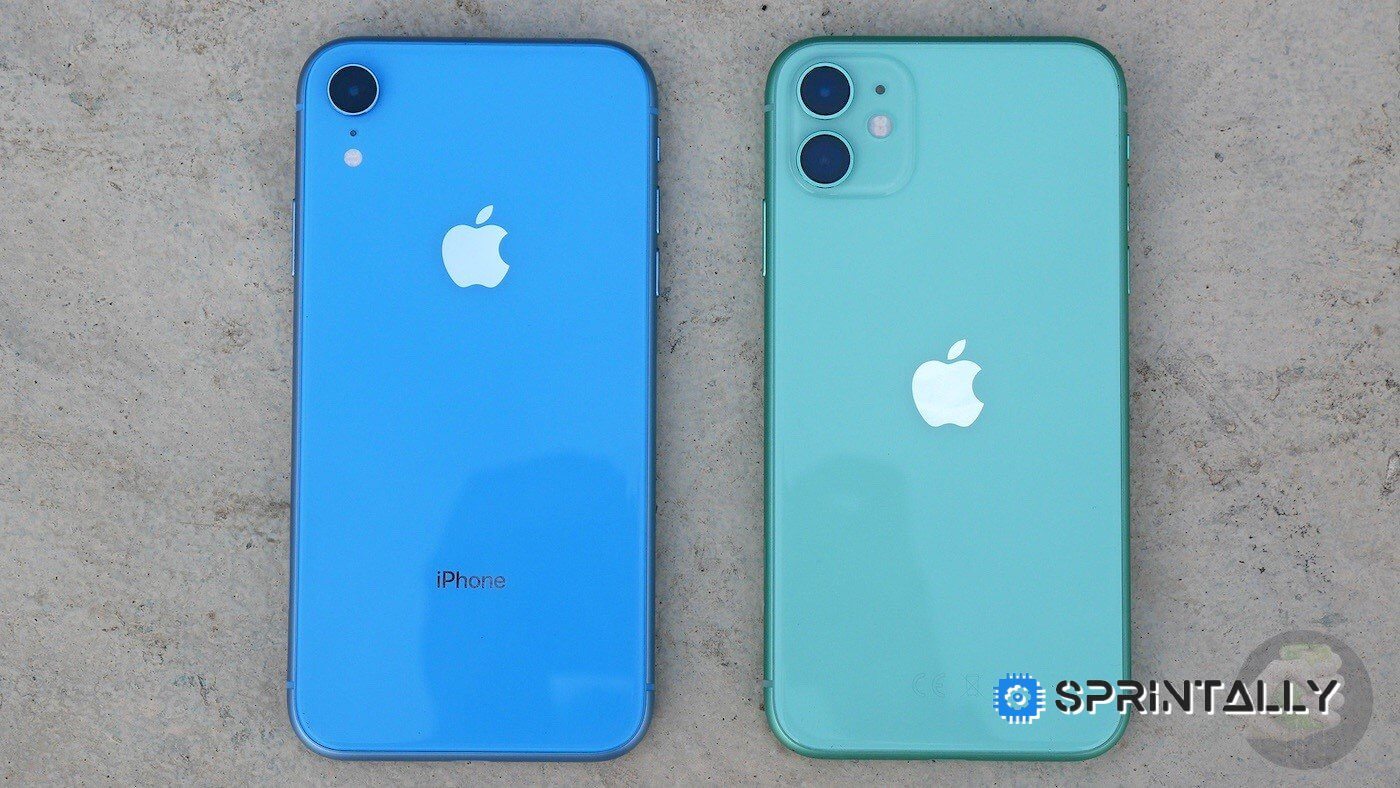 Even when compared with the iPhone XR, it is noticeable that the logo is now located not at the top, but in the center of the case, and at the same time, the word “iPhone” disappeared. Surprisingly, the sensations from the phones in the hands are different. Oddly enough, but the iPhone XR is nicer, there is no transition between the glass and the aluminum frame. On the contrary, in the iPhone 11, when you drag your finger across the body, this is noticeable. Although if you carry the phone in a case, then this trifle will remain unknown. 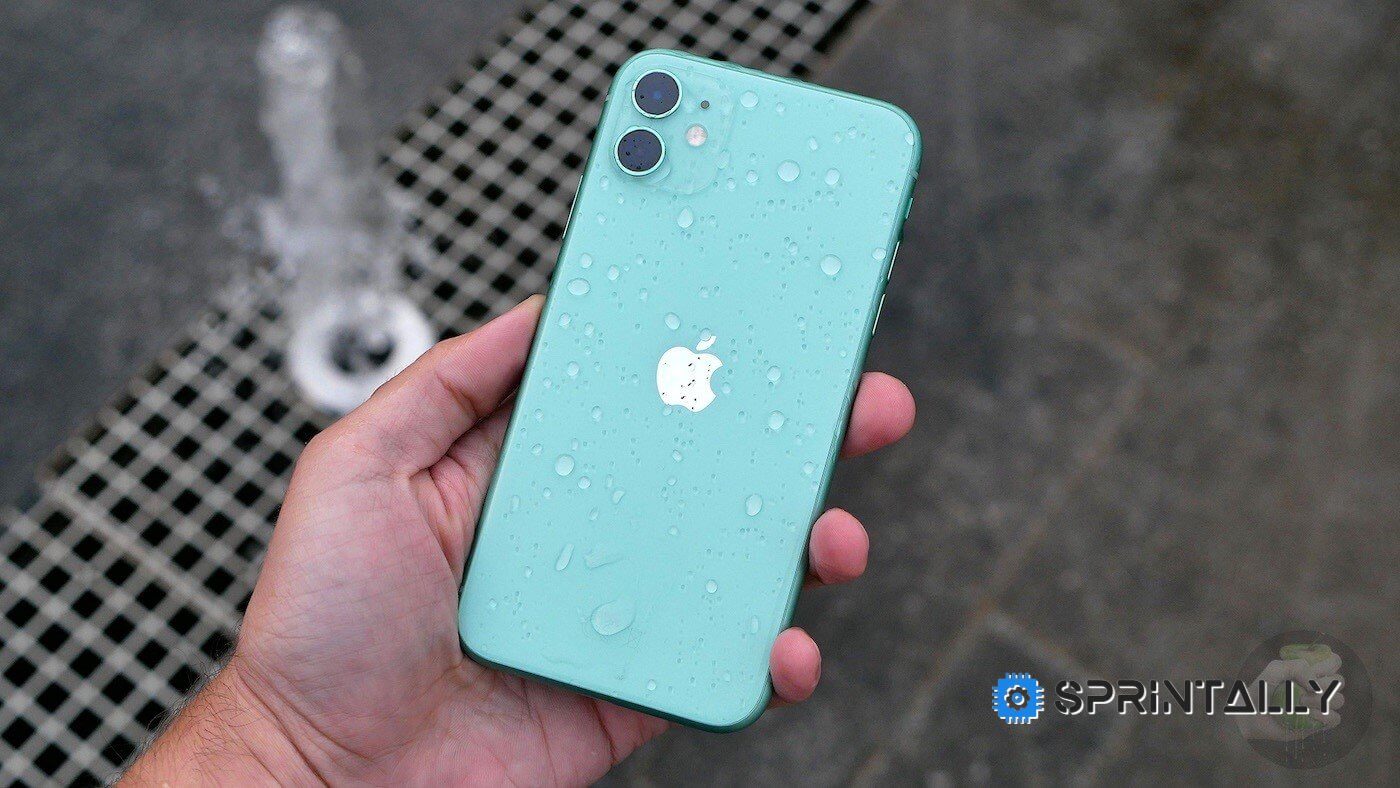 Performance has also grown: the new Apple A13 Bionic processor is faster, stronger, more powerful – who would doubt it. I can’t say how much the phone is faster than the iPhone XR, because I haven’t updated XR yet, and it’s not correct to compare phones with different versions of iOS. 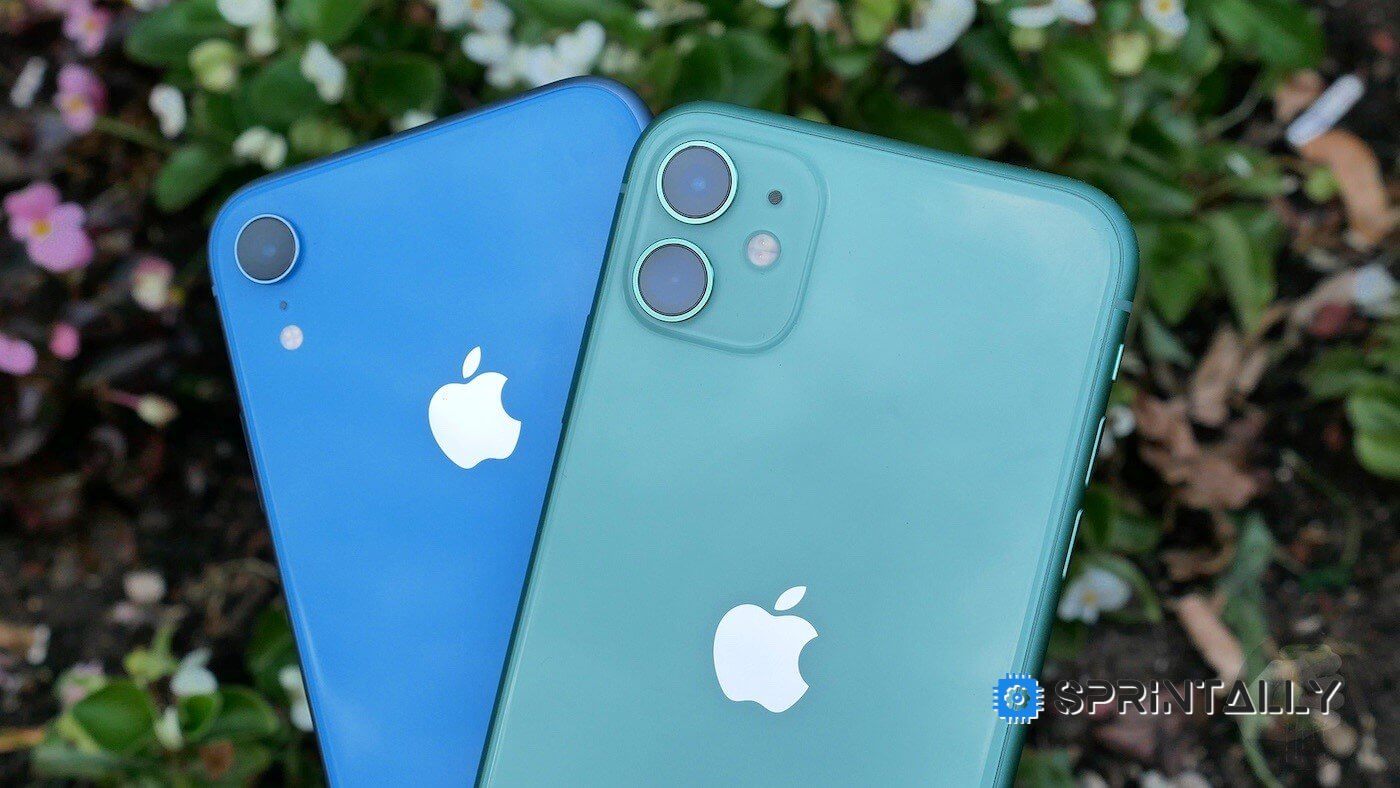 Face ID works faster, the difference is not critical, but you can clearly see how the new phone works faster. There is also a new version of Wi-Fi 802.11ax, but support for the aptX codec has not been added.

For iPhone 11 on 64 GB, you need to pay 699 USD. Living with 64 GB of memory, in my opinion, is difficult, because memory is flying out. The system is becoming more voracious and takes up more space, plus correspondence with videos and pictures in instant messengers, home video in 4K, games weighing several gigs. Yes, if you want, you can shrink, but it’s difficult. So I advise you to buy a 128 GB iPhone 11 – a more practical option.

Strange, but there are still very few multi-colored silicone cases for the iPhone 11. Only two colors: black and white.

Who should buy iPhone 11