Eggs with a surprise: what’s inside the Faberge eggs

Faberge eggs — the famous series of jewelry, made by Carl Faberge in the period from 1885 to 1917. Each egg is unique both in appearance and content. The company had several outstanding masters who have been working on jewelry pieces for the Imperial court, among them was Mikhail Perkhin, Henrik Cecilia Wigstrom, Albert Holmstrom.

What’s inside the Faberge eggs? 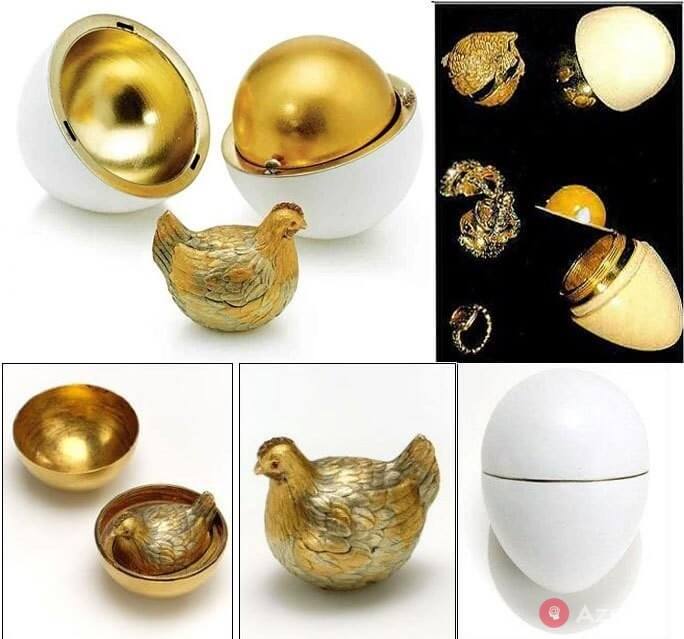 The history of the creation of these eggs began with the fact that Emperor Alexander III ordered an Easter gift in the jewelry company of Carl Faberge with a surprise for his wife, Empress Maria Feodorovna. The first egg was made in 1885 and was called “Chicken”.

The gift fell in love with the empress, and Alexander III himself was so pleased that he instructed Faberge and his craftsmen to make one jewelry egg each year. Gift eggs for the emperor’s wife should have been unique, original and contain a surprise gift inside.

Thus was born a series of jewelry that was intended for Empress Maria Feodorovna, and later, when Nicholas II ascended the throne, Faberge began to produce two Easter eggs: one for his mother and one for his wife, Empress Alexandra Feodorovna. 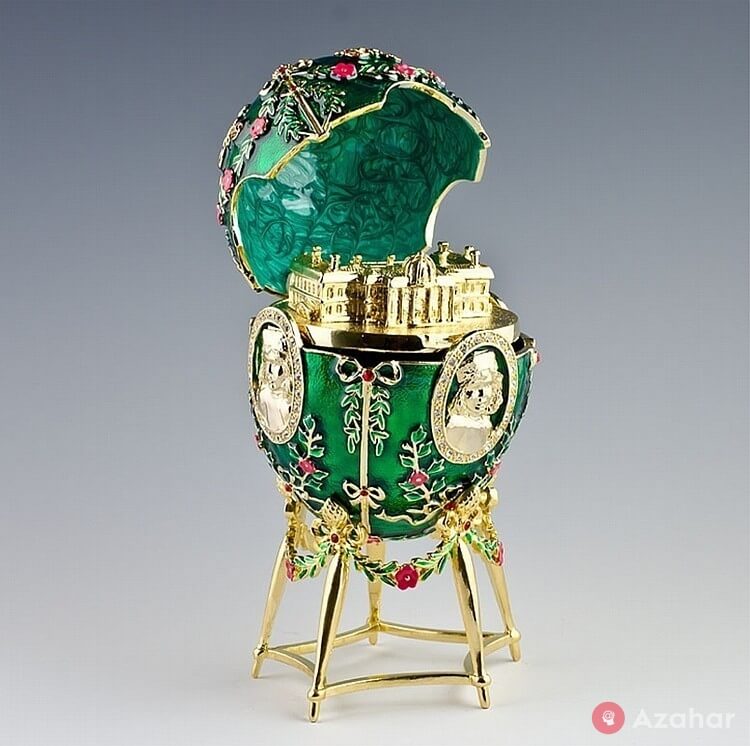 Karl Faberge himself did not personally work on the creation of each egg, as many mistakenly believe. The company included more than 10 jewelers who made Easter masterpieces.

All eggs have different sizes and, of course, different design and original surprises inside: models of palaces and ships, watches and chariots, and much more. These are real masterpieces of jewelry art, which, unfortunately, turned out to be scattered around the world. 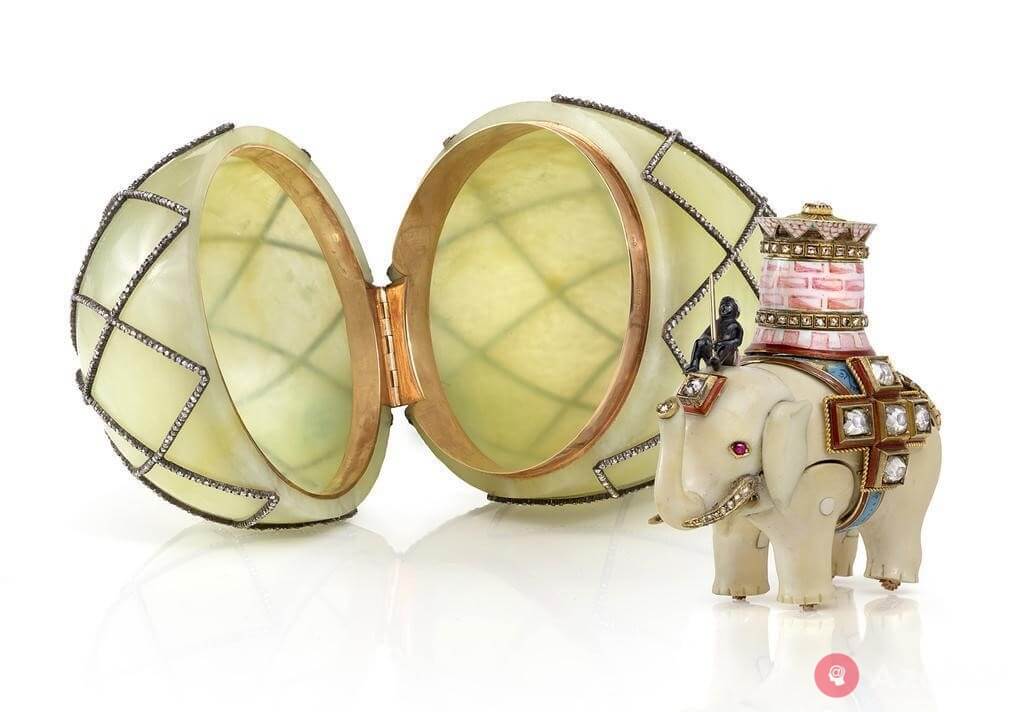 At the moment, it is known about the creation of 71 jewels in the shape of an egg, which were made by masters of Carl Faberge. Most of them – 54 (according to other sources 52) gift Easter eggs were made specifically for the royal family, and the rest belonged to private collectors. After the revolution of 1917, many instances of the Imperial collection or the content-surprises of eggs were lost, and their searches resemble an action-packed detective story. 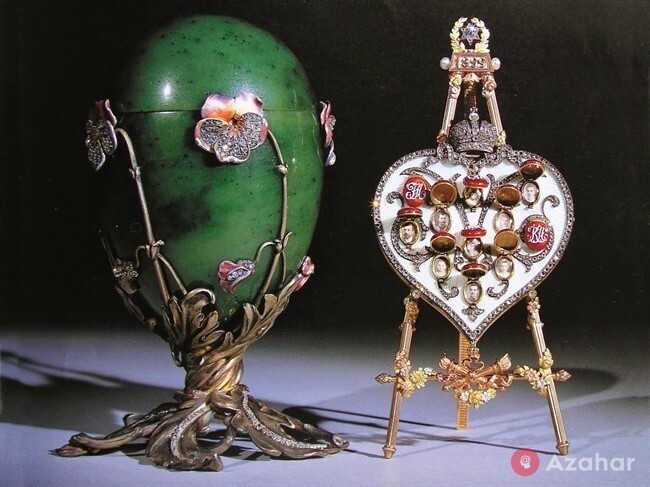 The preserved eggs are in museums and private collections around the world. The largest number of exhibits have the Faberge Museum (St. Petersburg, Russia), the Armory Museum (Moscow, Russia), the Virginia Museum of Fine Arts (Richmond, USA), the British Royal Collection (United Kingdom). 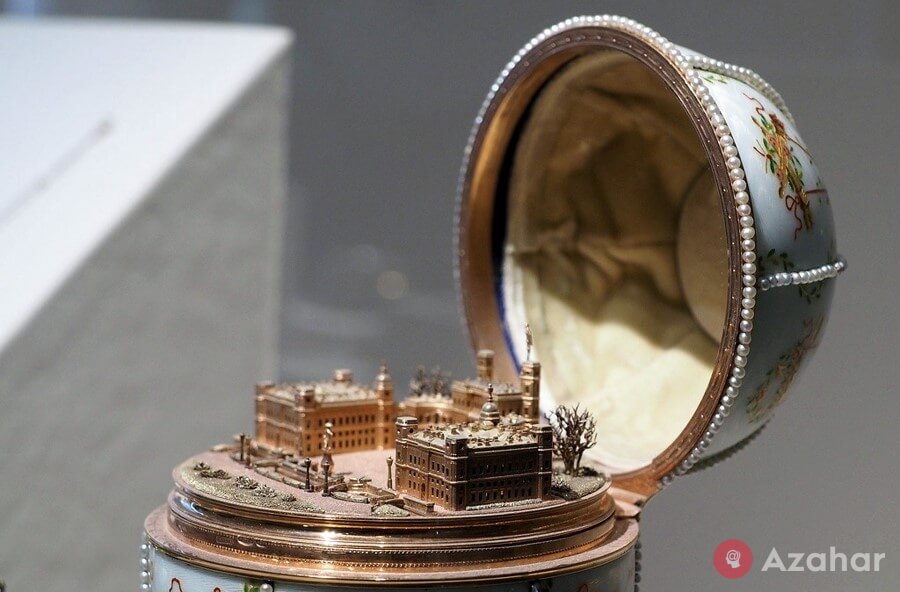 Here are some more photos of famous jewelry masterpieces made by Carl Faberge for the imperial family. 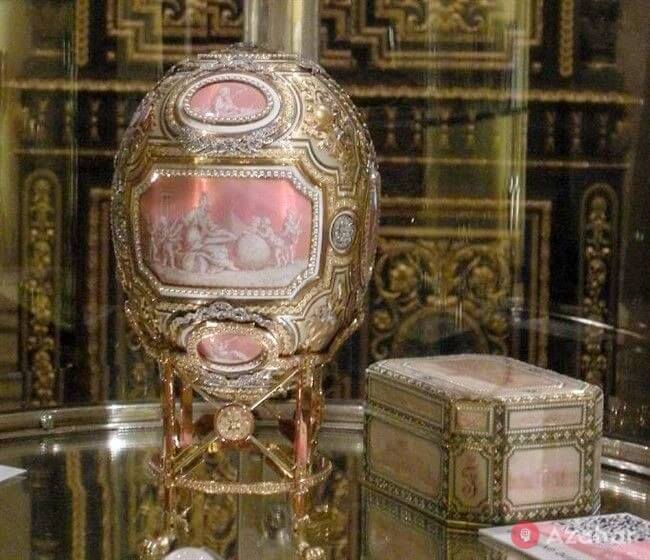 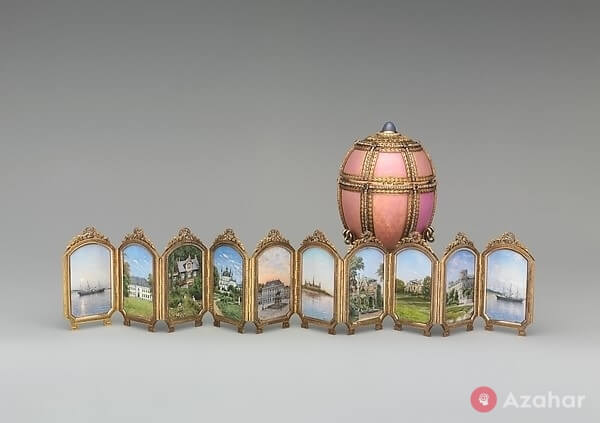 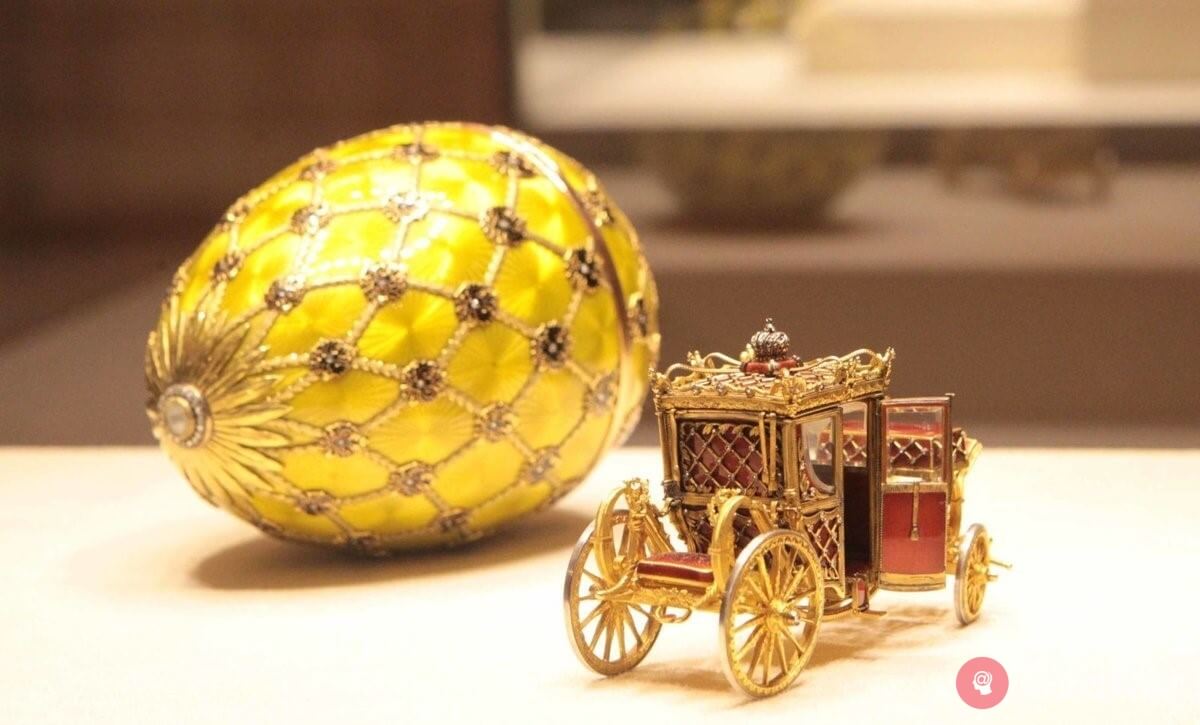 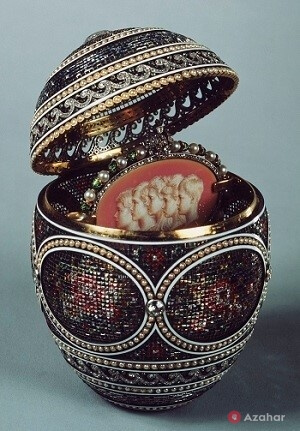 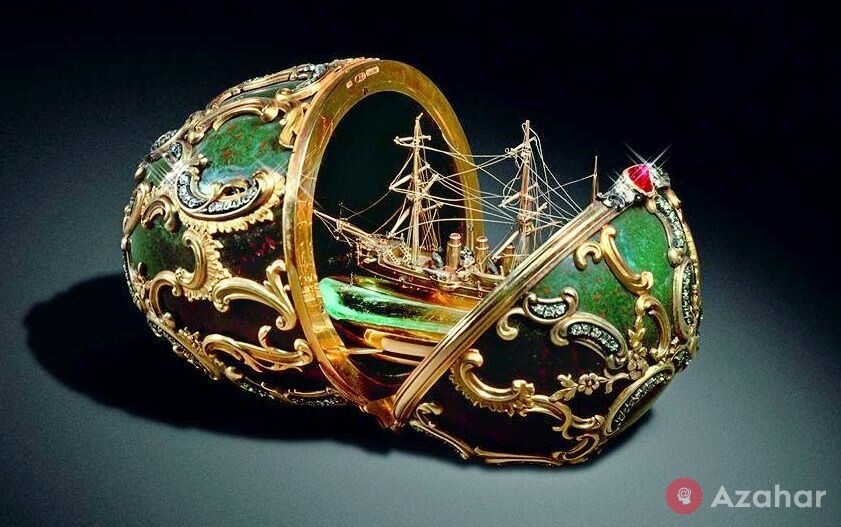 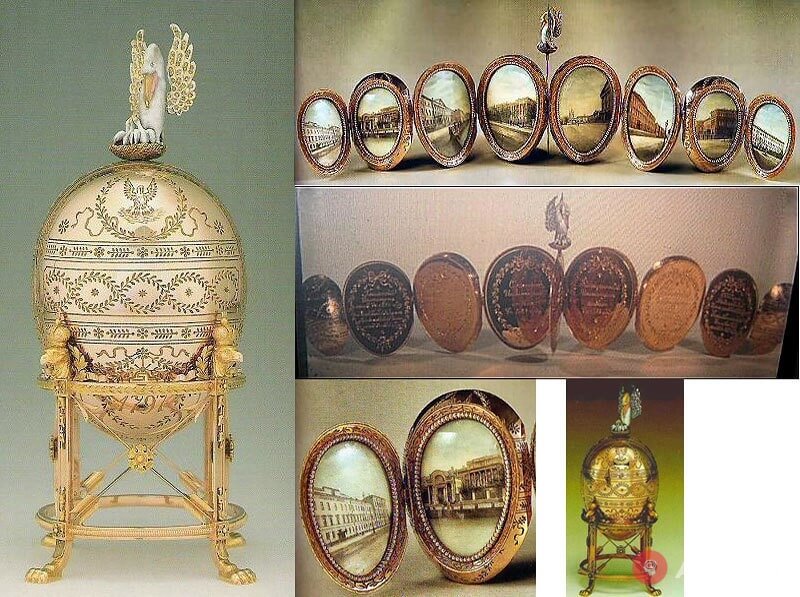 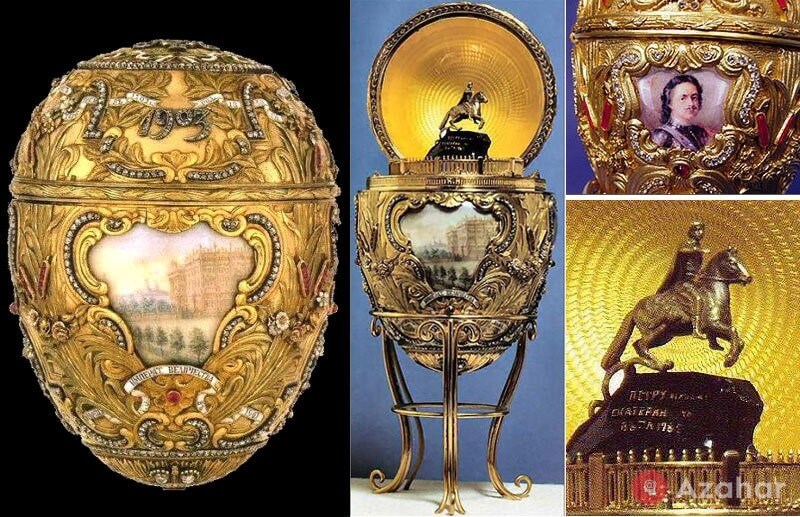 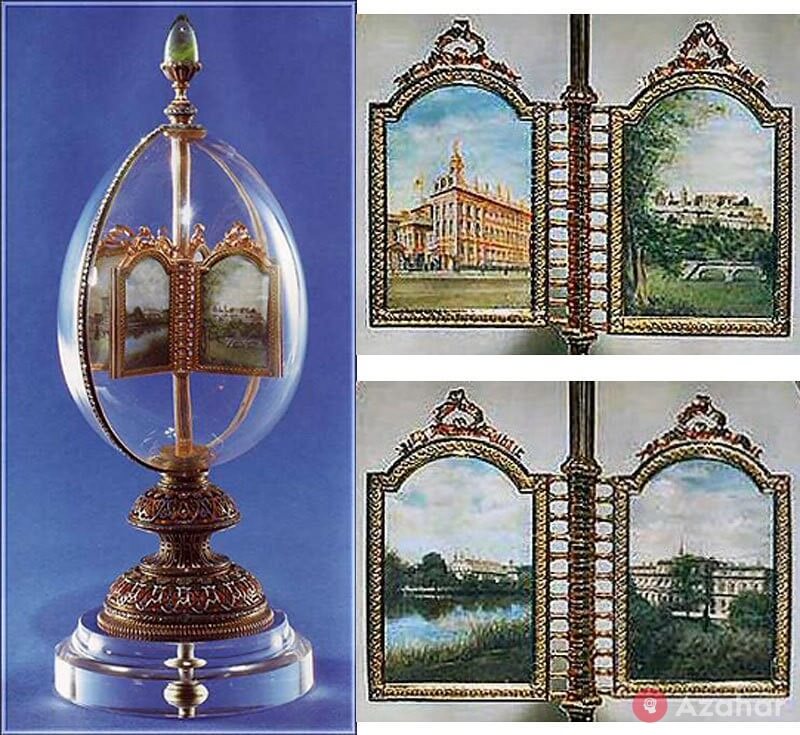 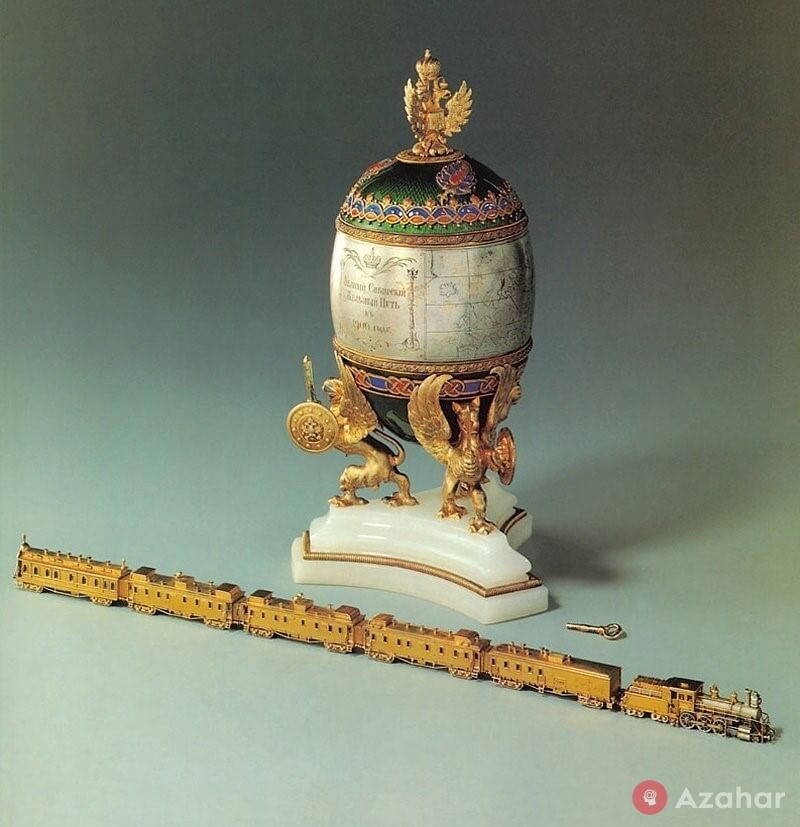 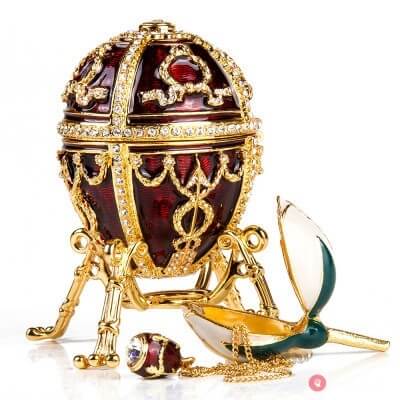 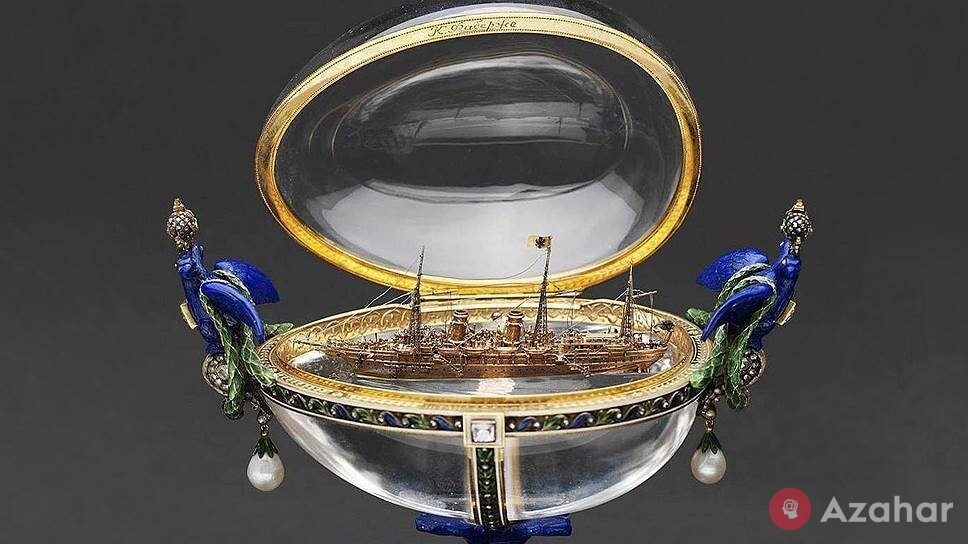