Berlin golden hat: an ancient calendar or a headdress of...

Berlin golden hat: Among all the exhibits of the Museum of prehistory and early history in Berlin, this ancient artifact is probably the most mysterious. It is unclear where it was found, its precise function has not been fully established, there are only a few major versions, and the circumstances of its appearance in the Museum is shrouded in mystery. 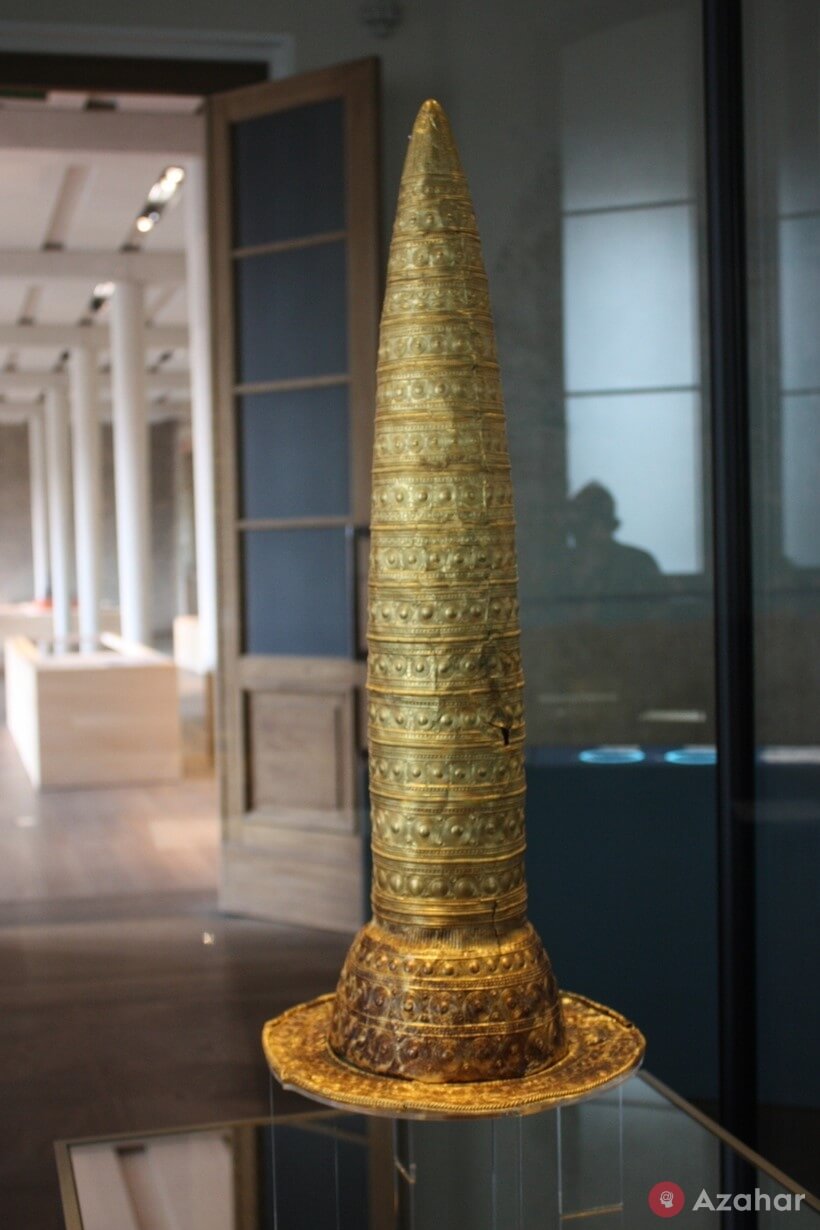 The Berlin gold hat is a cone-shaped object with a height of 75 cm, with fields as hats, covered with gold. On hat brims and on the cone there is the ornament in the form of circles, rings, and dots. Researchers attribute this artifact to the Arnopolsky culture of the bronze age. Interestingly, it was found 3 of these hats and they all date from the period 1400 – 800 BC. 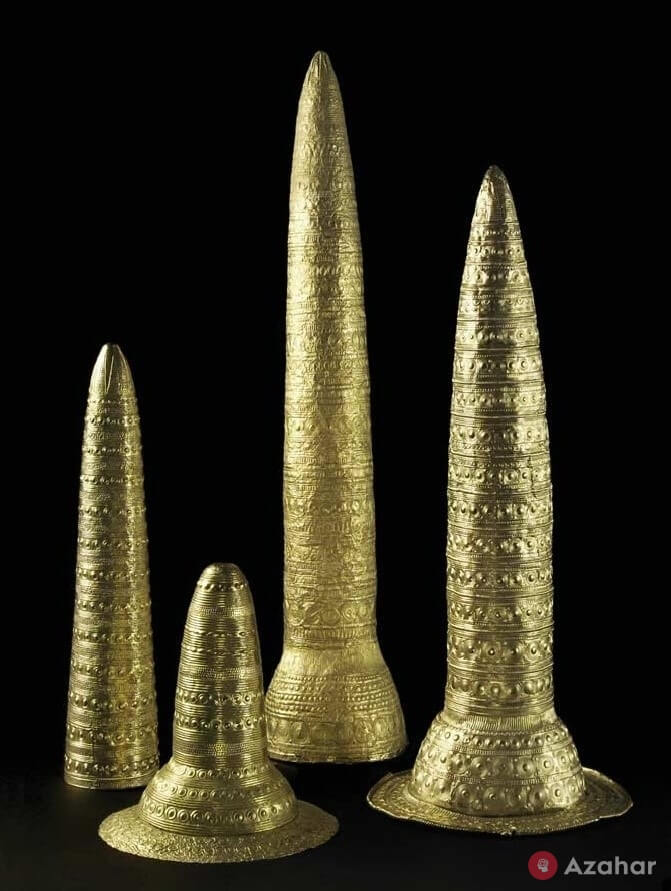 But if the rest of the hat was discovered in the South of Germany and in France, about the origin of the Berlin gold hat is not known. There are no supporting documents indicating where it was found or bought, which most likely suggests that the hat was purchased on the black market of antiquities. Anyway, this exhibit is of particular value and is displayed in a separate hall of the Museum of prehistory and early history.

Initially, it was assumed that these hats were used in cult activities. But then scientists have suggested that it could be a kind of ancient calendar, and the figures on the hat indicated the dates of the solar and lunar cycle, which was important for fieldwork. The hat likely belonged to people who played an important role in society, perhaps it was the people who conducted the ritual ceremonies.

The other 3 hats also have a similar pattern and, most likely, performed a similar function. But why should the ancient inhabitants of Europe needed to apply an astronomical calendar on a gold hat when it was possible to record these data is a much more simple way, scientists could not figure out yet.