Amazon launched the delivery of parcels in the trunk of...

The American company Amazon has been working actively and for a long time on the invention of new ways of delivering goods. She managed to obtain patents for such developments as a system of distribution and delivery using airships, parcels in containers with a controlled parachute, self-destructive drones, etc. etc. Fresh development is less futuristic, but works already now, offering to deliver parcels not on the porch of a house or in a mailbox, but directly into the trunk of a customer’s car. 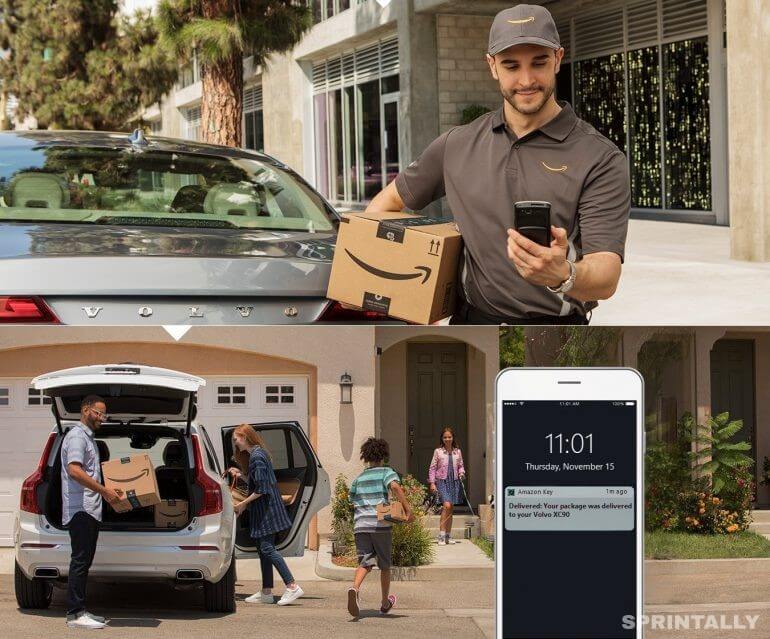 In fact, if you think about it, then this method of delivery can sometimes be even more convenient and safe than home delivery in the absence of the owners. If you suddenly missed this news, since last year the company offers the most courageous subscribers of Prime service Amazon Key service. They just need to install a compatible digital lock and a cloud camera to record a short clip about delivery, after which the courier can bring parcels even in the daytime when the owners are at work.

In the case of cars, delivery takes place according to the same scheme, only the door of the apartment is opened, and the trunk is opened. Naturally, the service has a number of limitations. First, while he works only in 37 largest cities in the United States. Secondly, the system is supported only by selected cars Volvo and General Motors (Chevrolet, Buick, GMC, Cadillac) no older than 2015, equipped with intelligent systems Volvo On Call and GM OnStar, respectively.

Well, and thirdly, there are restrictions on the size and weight of the parcel (the refrigerator or large-format TV is not exactly fit in a compact city car), the maximum cost (not more than $ 1,300) and other parameters of the parcel. 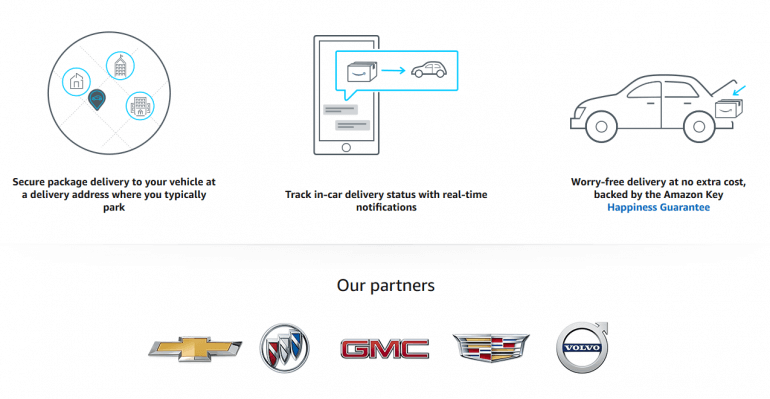 Amazon promises to expand the geography of Amazon’s Key In-Car Delivery service in the coming months (by the way, tests were also conducted in selected European countries), as well as to connect cars of other manufacturers.