A detailed review of iPadOS

Apple has released the final version of iPadOS 13, the new operating system for the iPad. Read more about iPadOS and why Apple even decided to separate it from iOS in this review. 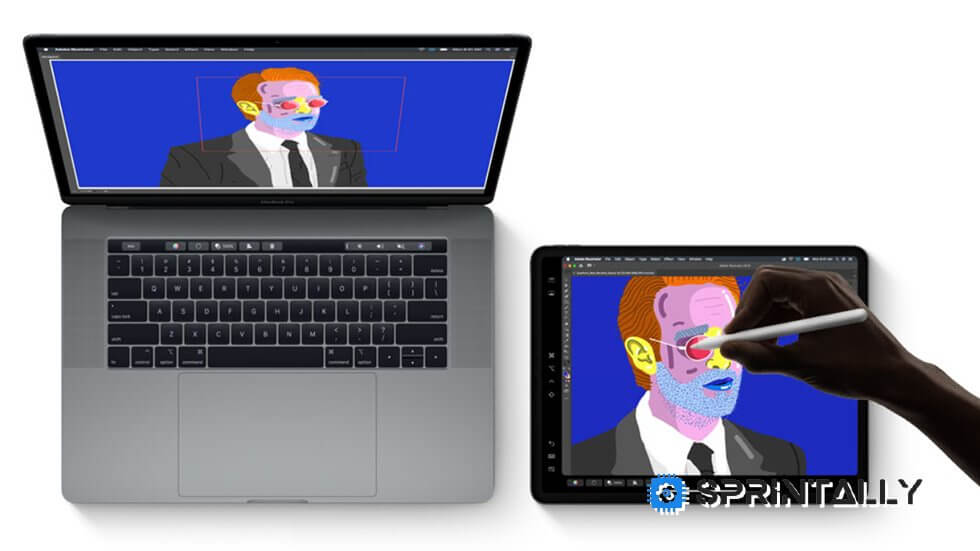 Apple has been relentlessly claiming for several years that the iPad is more than tablets. That iPad is a full-fledged computer. Launching iPadOS, the company decided to further distinguish the iPad from the iPhone, which should be interesting to both developers and owners of the iPad.

At the same time, iPadOS “is based on the same foundation as iOS,” Apple said. It is understandable because, in fact, iPadOS is iOS 13, but with many exceptional innovations only for the iPad.

The first Apple enhancement made for the iPadOS is right on the main screen. The app icon grid has become narrower, allowing users to place more icons on the screen. 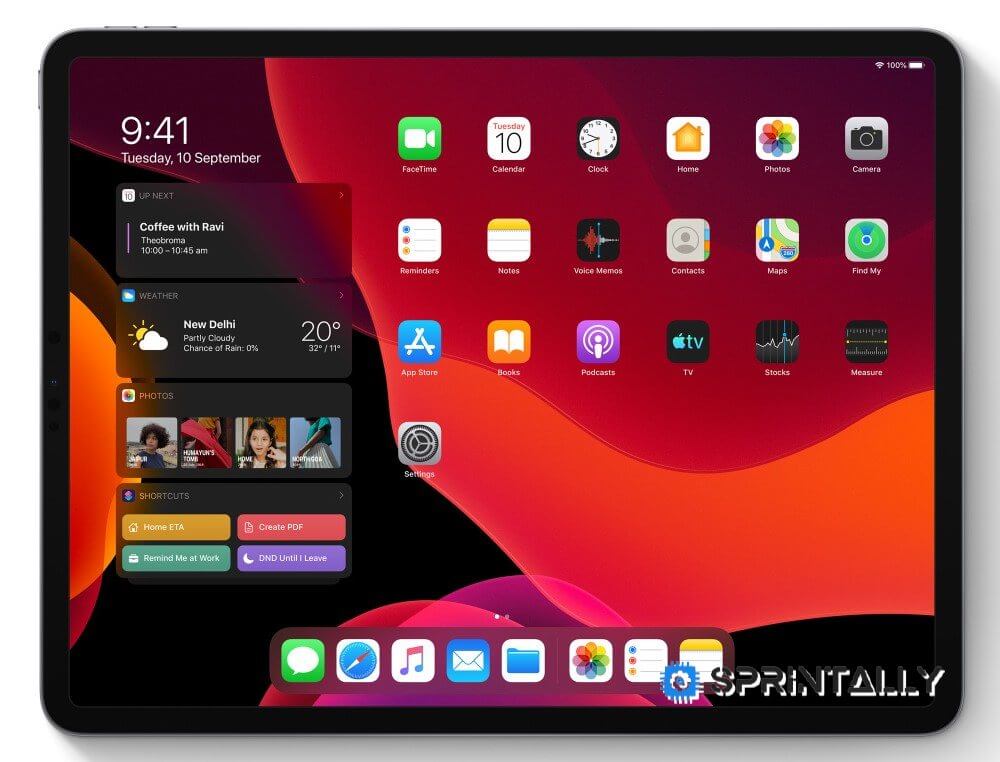 A narrower grid of application icons made it possible to add the ability to display a page with widgets on the iPadOS main screen. Thanks to this, the main screen on the iPad becomes much more useful and informative.

The widget page opens with a simple swipe on the left side of the screen. Immediately after such a quick menu call, you can make various changes in it. For example, adjust the displayed widgets.

The coolness of innovation: 7 points. This moment can be considered historical: for the first time, Apple gave users the ability to display widgets directly on the desktop and fine-tune the application grid. Innovation!

Multitasking in iPadOS has improved significantly, immediately with a number of new ways to work with multiple applications. 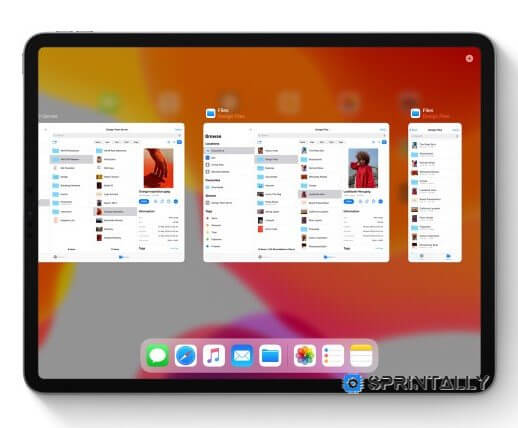 First of all, users can use the Split View function to simultaneously work with two windows of the same application. iPadOS offers to control the location of applications by dragging and dropping, so selecting applications and switching between them is simplified.

The Slide Over feature has also been improved. On iPadOS, it allows you to quickly open an application in a side window on top of another application. This makes it possible to check mail, reminders, messages and other similar moments without leaving the application in use

To switch between applications opened in the side panel of Slide Over, a special gesture was created. Swipe at the bottom of the screen left or right (as in iPhone X and newer) instantly switches applications, due to which several important utilities can be stored on the side panel at once.

Apple has also introduced Expose on iPadOS, as on Macs. It allows you to quickly get an overview of all running applications on one screen, quickly switch between them or close unnecessary ones.

The coolness of innovation: 10 points. Apple did its best. iPadOS has brought multitasking to a whole new level. If everything continues in this spirit, the time is not far off when we can safely declare: iPad is the most convenient working tool.

Fans of flash drives and memory cards rejoice! iPadOS lets you plug in a USB flash drive or SD card reader directly to your iPad. The flash drive will be recognized in the updated “Files” application and will allow you to manage files from an external drive. For example, you can connect a digital camera to the iPad and drop all the photos on it for processing or just for viewing. 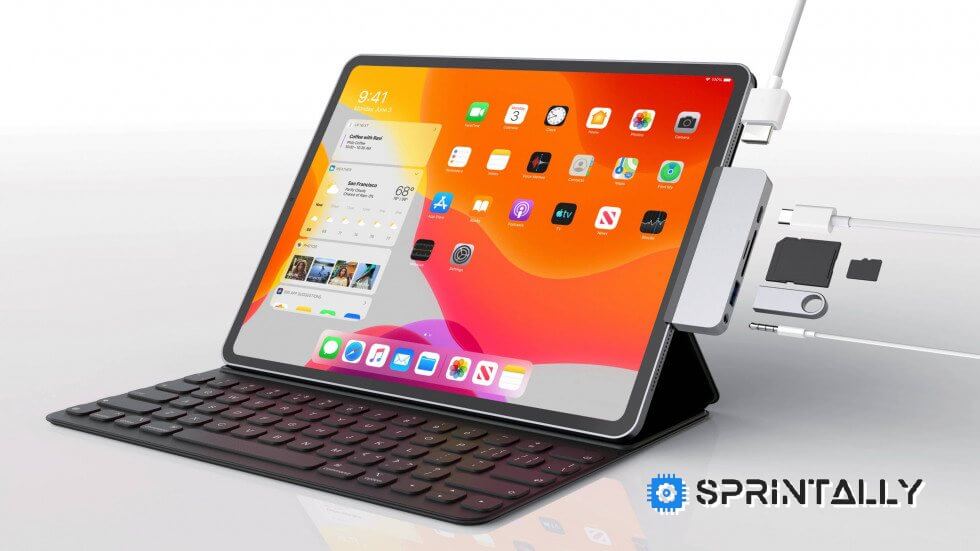 Pictures from cameras can be completely imported immediately into the necessary applications for processing, for example, in Lightroom. This eliminates the need to initially save images on the device and only then add them to the application for processing.

The Files application has been updated with a new interface in which the list of files is displayed in columns. Again, Apple has reduced the amount of useless space that was previously on the iPad. In addition, the “Files” application has the ability to expand folders from the iCloud Drive cloud storage.

The coolness of innovation: 10 points. What we have been waiting for so long has finally come true. Apple has added full drive support to the iPadOS. It is amazing that you can connect even very old hard drives or peripherals that support data transfer – everything will work fine.

The operating system iPadOS is greatly accelerated compared to iOS 12. Apple developers have carried out various work to optimize the operating system specifically for the iPad and therefore managed to achieve a large increase in productivity. 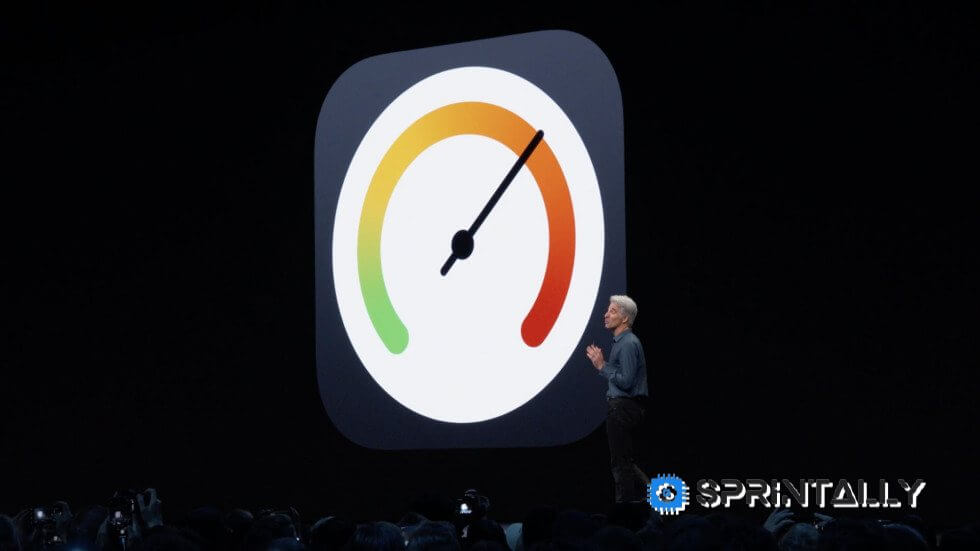 According to Apple, unlocking iPad tablets using Face ID in iPadOS is three times faster, and applications launch up to two times faster than iOS 12. Moreover, the size of applications will decrease by 50% on average after developers update.

The coolness of innovation: 9 points. Apple continues to improve its operating system. iPadOS works flawlessly even on older tablets – for this, we can say thanks to the developers who again headed for system optimization.

The Safari browser on the iPadOS has been significantly improved as it is no longer associated with the mobile ecosystem. This means that iPad running on iPadOS open full versions of sites, not mobile ones.

However, the opening of sites occurs in a modified full version. Modification is performed right when you open a web page. Sites are becoming a bit lighter and more convenient to control from the iPad’s touch screen.

Similarly, sites on an iPad iPadOS freely open Google Docs editor WordPress and other similar content that informed the Safari browser on the Apple tablet could not run.

Also in the Safari browser, iPadOS has a full-fledged download Manager, support of 30 new keyboard shortcuts, and improved management of tabs.

The coolness of innovation: 9 points. This is hard to believe, but Apple still added a download manager and a full toolbar in Safari. Now you can forever say goodbye to third-party browsers – because from now on Safari has everything you need, and even more.

A bunch of new gestures

With access to iPadOS Apple added a series of useful gestures. The selection of items, navigation, and working with text, undo all in iPadOS now has a separate gesture.

To copy text: merge three toes on the right fragment.

To insert text: dissolve three fingers on the right section of the document.

Apple has redesigned the system, and highlight text. To use special labels are now not necessarily for extracting fragment just hold your finger on it and stay in the right place. It is also possible for separate structures in the text.

To highlight a word: double-tap.

To select a sentence: single tap with three fingers.

To select a paragraph: single tap with four fingers.

To navigate through the text you can now also use the slider in the right part of the screen. Of course, a useful innovation – especially when working with large documents.

In some applications, added a new gesture allowing you to shrink the keyboard with two fingers and freely move it to any location on the screen. If you insert the keyboard into one of the corners of the display, it will turn into its more comfortable version for typing with your thumb.

The coolness of innovation: 8 points. Gestures are what we love Apple products for. This time, the company added some really useful gestures for work tasks. All of them will definitely require some time for users to study and master.

The layout feature in iPadOS has become more powerful. It provides the ability to layout entire web pages, documents, and emails. The markup is launched using the Apple Pencil with another new gesture – a swipe in the corner of the screen.

Along with the layout mode, an updated palette with a toolbar opens. You can drag it around the screen as you like so that it does not interfere. New tools and a more user-friendly interface appeared in it.

The coolness of innovation: 8 points. Apple introduced an extremely convenient tool for the design and layout of screenshots. 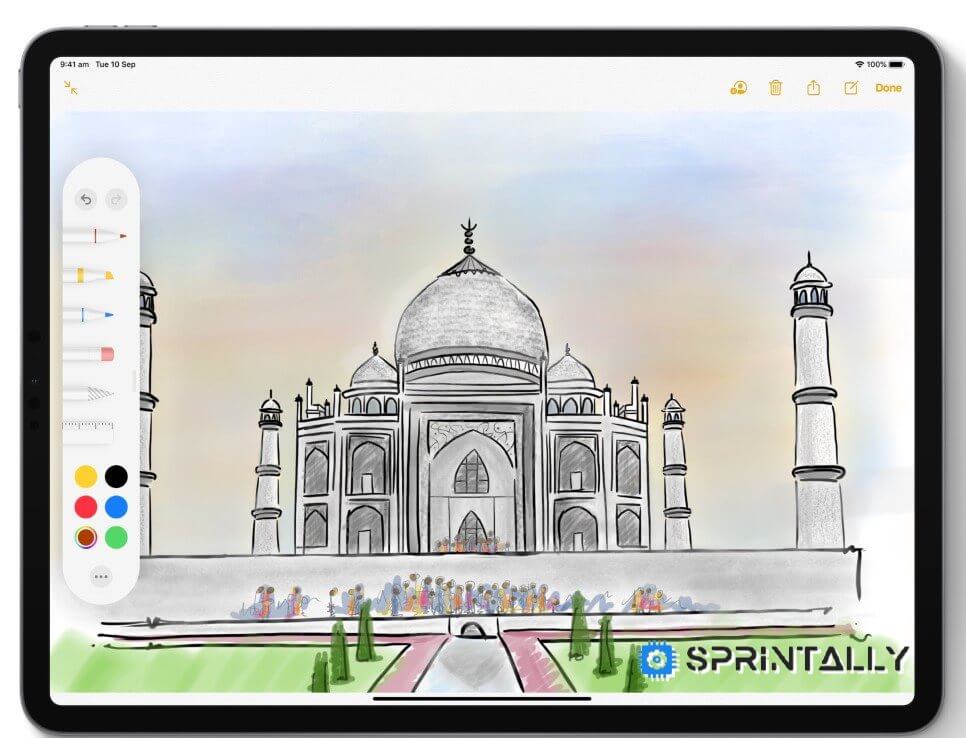 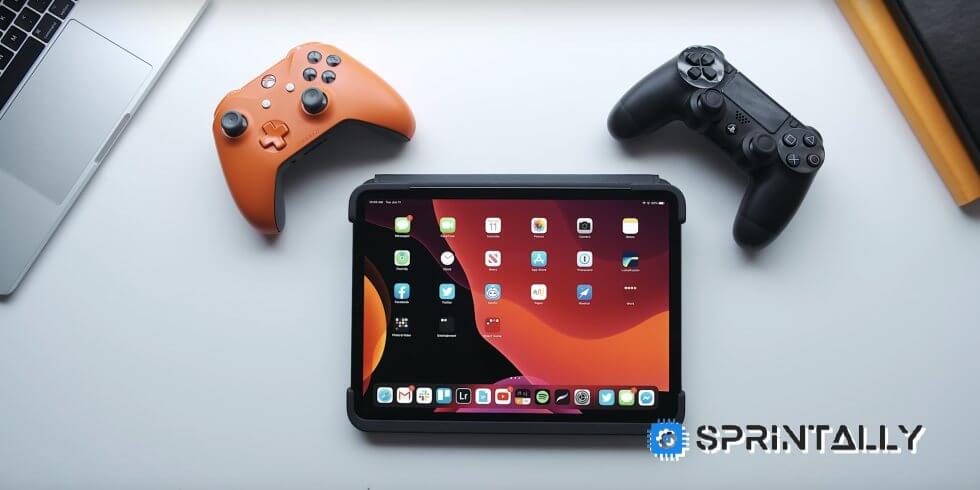 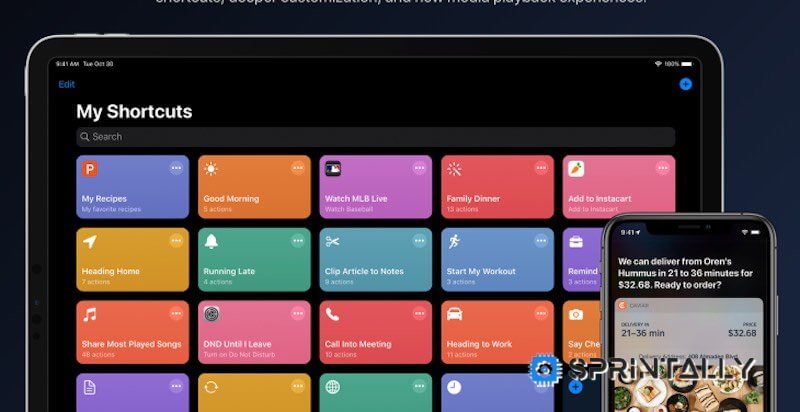 The full list of devices supporting iPadOS is as follows: