Cats, despite living close to humans for a long time, are still not fully domesticated. Previously, cats were bred to rid the house of mice and rats. They weren’t even fed. They lived their own lives, which did not overlap in any way with the lives of their owners. But gradually the cat became closer to people (or people are closer to it). Now many animals live in city apartments, and they don’t even know about the existence of mice.

Contents of the Article show
We have prepared for you a list of 10 things that your cat hates.
1. When your cat gets a friend
2. When you ignore a cat
3. When you fed a cat with milk
4. When you try to wash a cat
5. When you dressed a cat
6. When you meow back to a cat
7. When you look a cat straight in the eye
8. When you trying to give medicine to a cat
9. When you held a cat like a child
10. When you photographed a cat

The people, in turn, do everything to make the pet healthy, cheerful and give it moments of happiness. Cats are not only fed, but also entertained, walked on a leash, and tried to communicate with them. But often the owners of the animal do not assume that all this is absolutely not to the liking of a small predator.

We have prepared for you a list of 10 things that your cat hates.

1. When your cat gets a friend 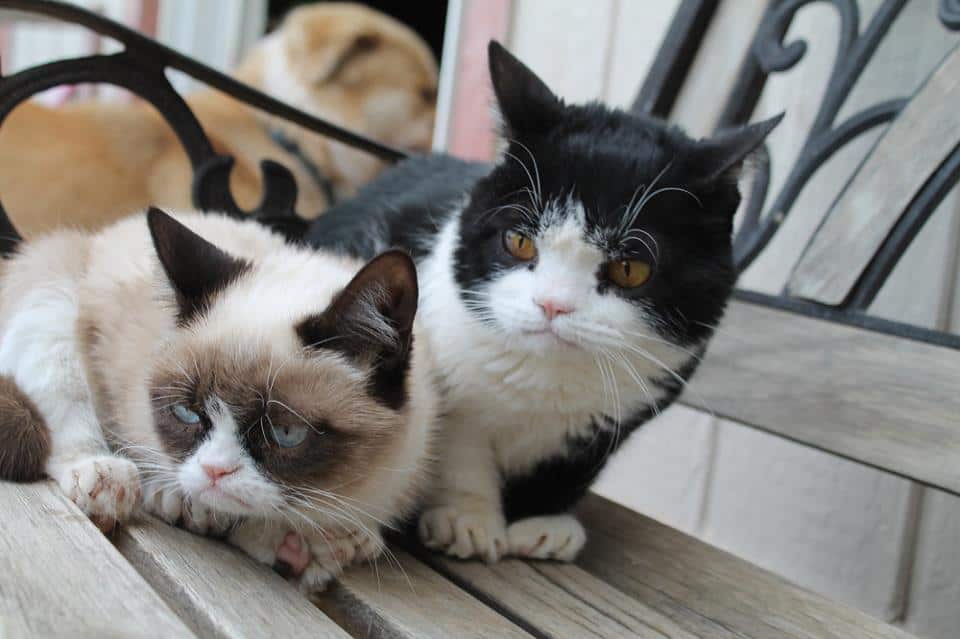 Cat owners often worry that when they are at work, the pet feels lonely and sad. Many people decide to make a friend for their cat. But these are territorial animals. Your cat will perceive an outsider on its territory as a rival. Cats will have to fight with each other for food, toys, your attention, even if all this is in excess. If you decide to get a second pet, remember: cats do not tolerate competition and you will have to wait a long time for them to make friends.

Now you know exactly what your cat doesn’t like. Follow these rules, and then your furry pet will feel even more comfortable next to you.

2. When you ignore a cat 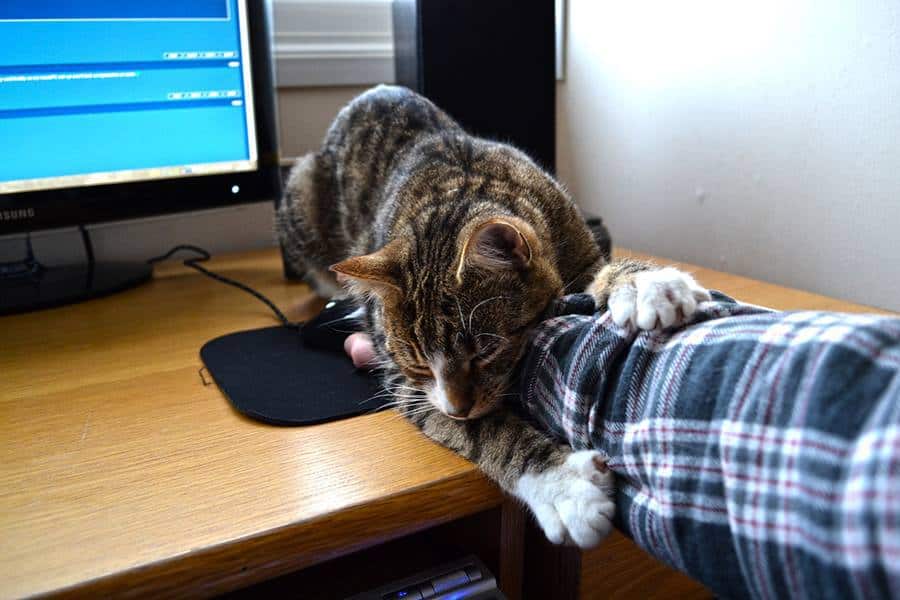 If the owners ignore the animal, it will most likely start to attract attention is not very pleasant ways. A puddle on the living room carpet, a scratched door, an overturned flower. This is not all that a cat can do to attract attention. Don’t ignore your pet. The cat needs water, food, and a clean tray. Leave it to it.

In addition, the animal, despite its freedom-loving nature, needs communication and affection. But don’t overdo it, cats don’t like too much attention either. Here everything is simple: when a cat asks for attention, give it at least a couple of minutes. But if the cat is sleeping or busy with other things, do not go to it with hugs and caresses.

3. When you fed a cat with milk 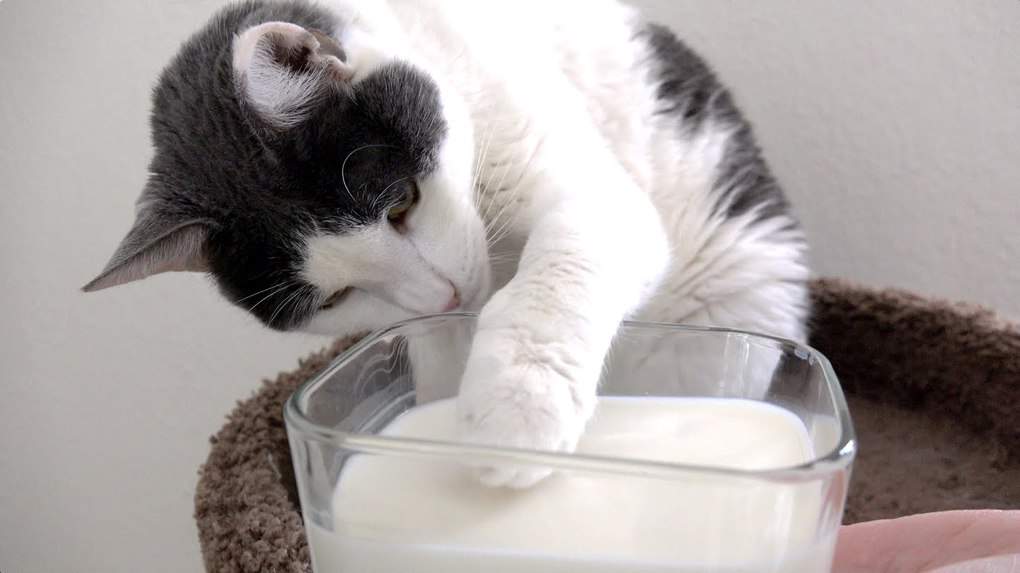 It has long been customary to treat pets with milk. Most people still believe that cats are crazy about this delicacy. Many cats are lactose intolerant. They are not able to digest the sugar that is in milk. This leads to problems with the animal’s digestive system. There is a risk of diarrhea, abdominal pain. This can last up to 10 hours. But if you pour cat milk, it is unlikely to refuse it. Therefore, you should not risk your pet’s health. Its proper nutrition should be monitored by you. 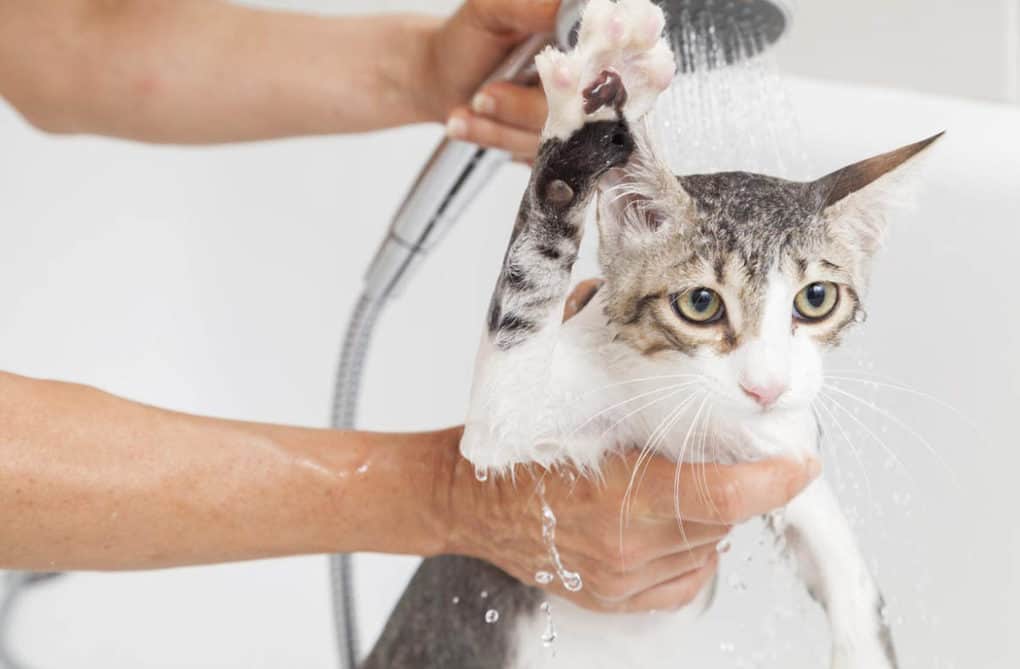 If you throw a cat in the river, it will swim. Yes, the animal is not afraid of water at all, but of water procedures. When you bathe a cat, you force it on it. The cat will perceive bathing as violence against herself. This animal is very freedom-loving and will try its best to escape. In addition, they do not tolerate soaps, gels, which loving owners generously add to water.

For a pet, nothing is a pity. And if you also pour it from the shower or bucket, then the cat will definitely go berserk. Water jets feel similar to blows. For a cat, this is a signal to escape. In addition, washing leads to hypothermia of the skin. The cat dries for a long time, and the wool serves as a heat insulator for it.

5. When you dressed a cat 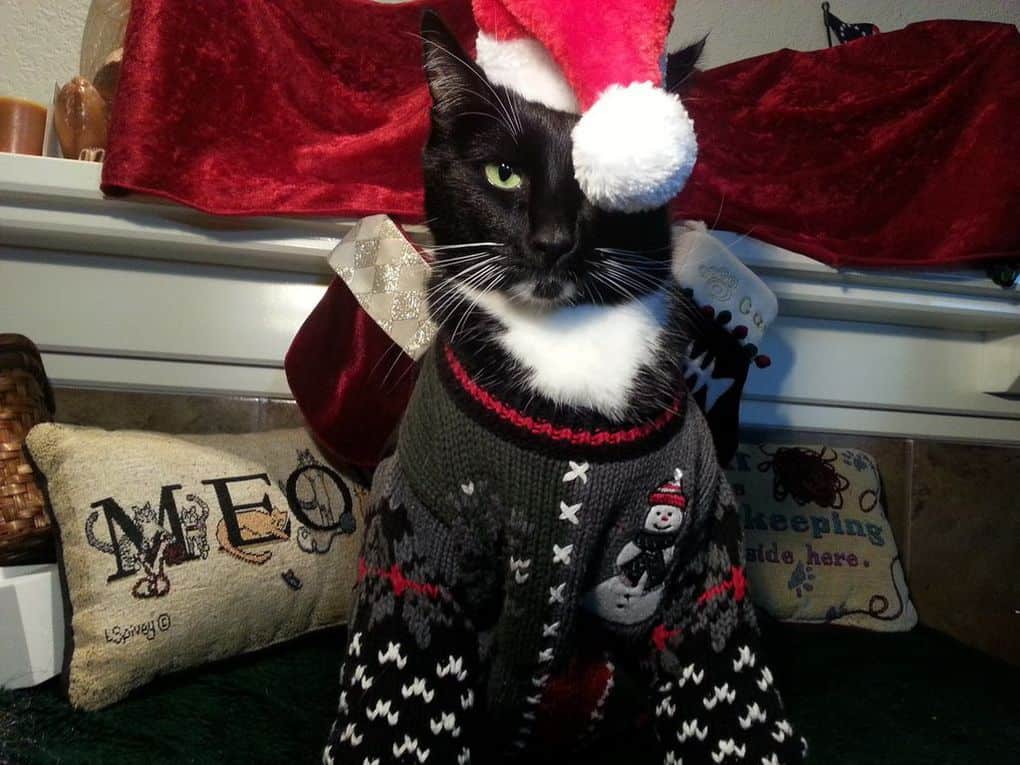 Some cat owners love to dress them up in different outfits. They buy them special “cat clothes” or even sew them themselves. But the cat does not share their delight at all. She will be dissatisfied even in the process of dressing. Even if you manage to pull a sweater or dress on her, she will try to remove the interfering thing. Animals can’t stand it when something rubs against their fur.

They don’t need clothes. It interferes with full movement, causes discomfort. If this doesn’t bother you, and you still want to dress up your pet, make sure that the clothes do not restrict movement. But do not forget: by such actions you incur the wrath of your pet.

6. When you meow back to a cat 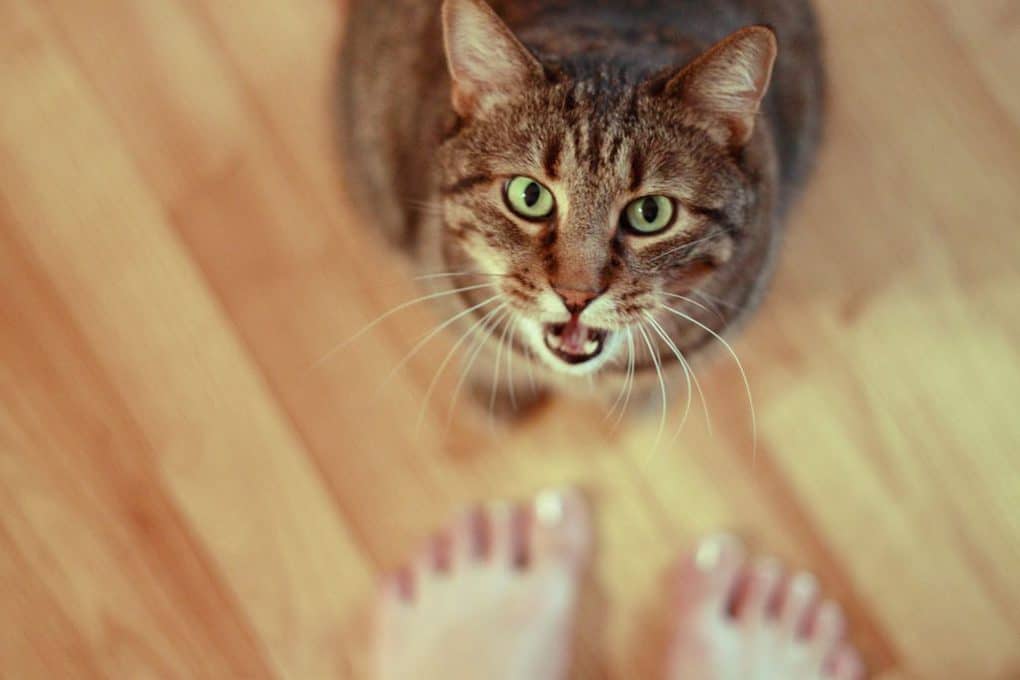 Cats do not communicate with each other by meowing. This sound is designed specifically for humans. By meowing, the animal seems to be talking about what it needs. Perhaps the cat does not have food, water, it’s time to change the filler in the toilet. It can also signal if something hurts. But the cat doesn’t expect you to start meowing back.

She will take your meowing as a signal that draws her attention to something. She will understand it this way: “The person wants to get something from me. But what is it?” The cat will never be able to figure out what you want from it. It might make her angry.

7. When you look a cat straight in the eye 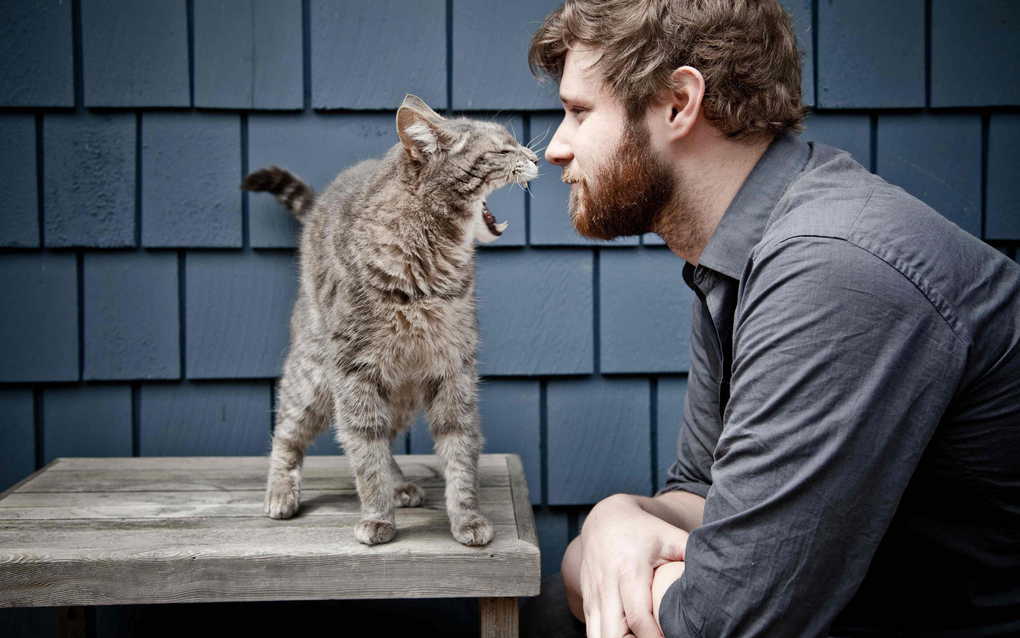 Many people know that cats do not tolerate direct eye-to-eye contact. But few people know why. There are two points of view here. Scientists explain this by saying that cats and humans have different eye structures. A cat doesn’t need to focus its eyes on an object to see it clearly. She already sees everything perfectly, unlike a human. Therefore, she does not understand why people look at her like that, and her reaction may be inadequate.

Another explanation for why cats don’t like being looked in the eye is a defensive reflex. In nature, cats look the enemy in the eye when there is a danger. If you look away, an attack will follow. So yard cats look at each other for a long time and without blinking. Therefore, do not provoke your cat to attack, do not look her directly in the eye.

8. When you trying to give medicine to a cat 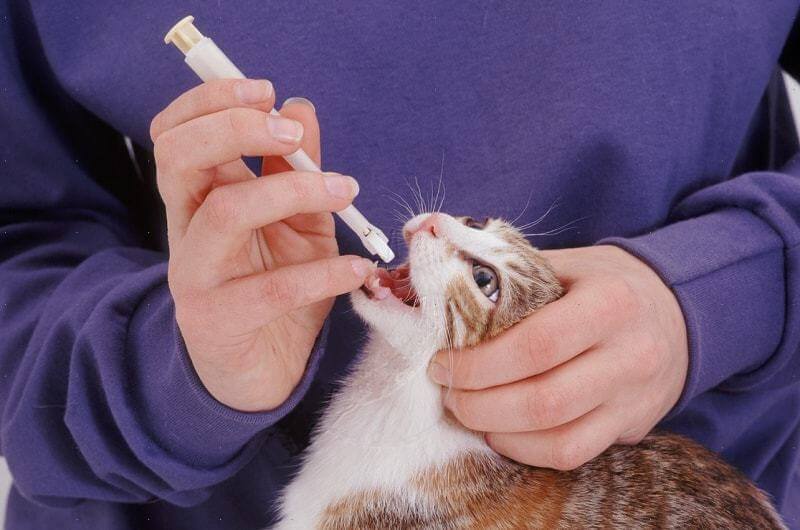 Even humans don’t like to take medications, let alone animals. Moreover, they do not understand why the owner is trying to feed them something nasty. Maybe the cat thinks you want to poison it. But one way or another, you need to give the medicine. For an animal, this is a lot of stress, an unpleasant taste, plus violence from a person.

To avoid this, you should learn how to give the medicine correctly. You can consult a veterinarian, you can watch videos on the Internet. The main thing in this process is calm. Don’t yell at the cat if it resists. It is not necessary to grab her roughly, open her mouth by force, and even more so to beat her. After the medicine is eaten, praise the cat, calm it down, and pet it. 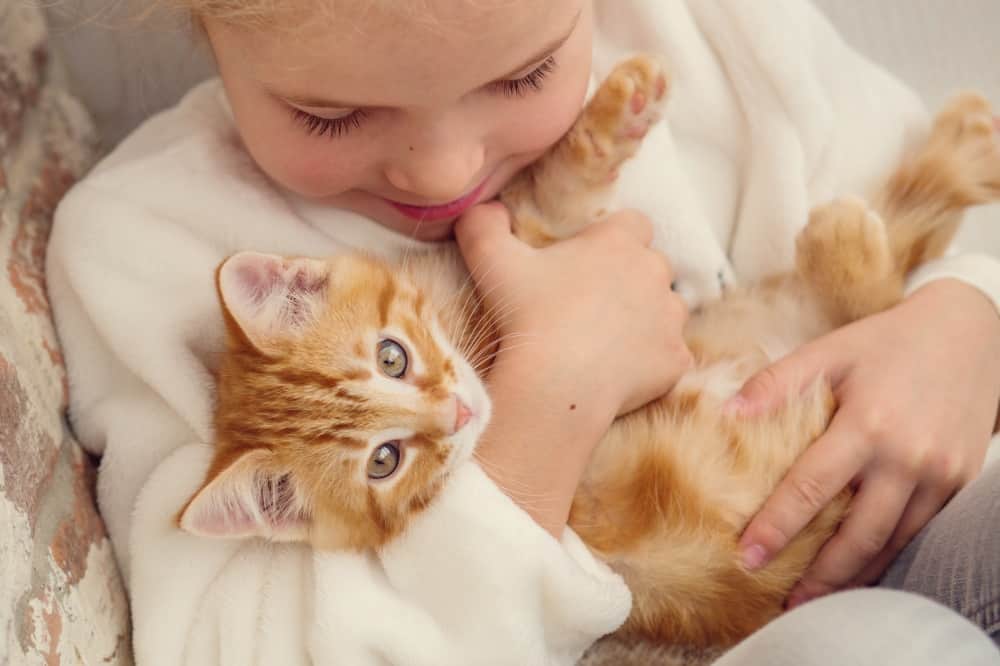 Some cats are quite friendly to their owners. They allow them to stroke and caress themselves, sit on their laps. There are even some who ask to be picked up by themselves. But in any case, do not keep the cat as a child. She hates that position. In it, the cat feels defenseless.

Take the cat in your arms as follows: one hand to support it under the stomach, and the second to pick up the hind legs and body. Then the animal will sit on one hand, and you will hold it with the other.

10. When you photographed a cat 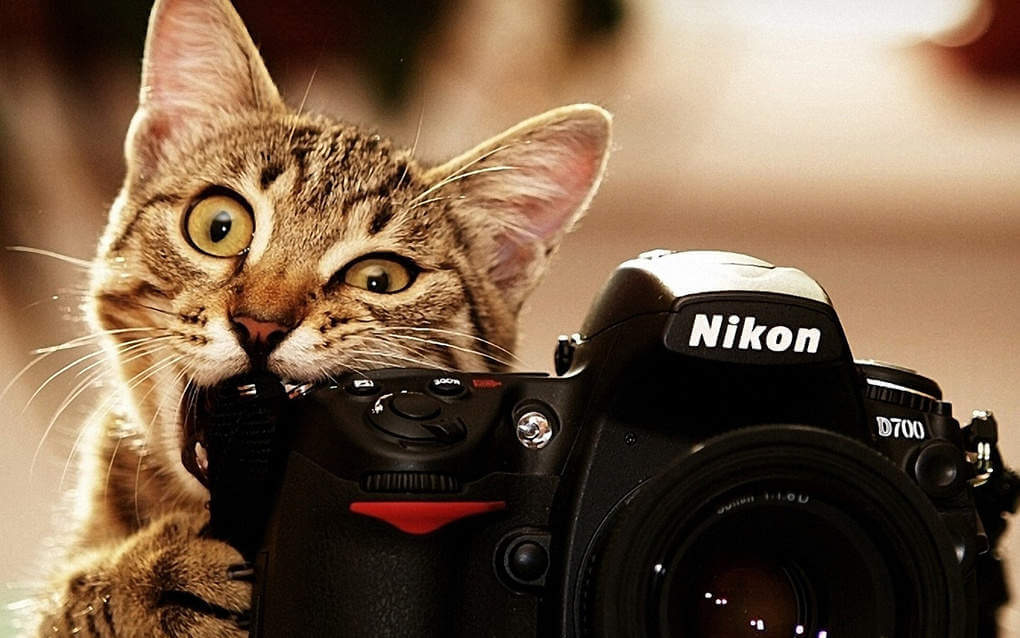 Of course, the cat owner wants to capture his /her treasure from different angles. But the cat will probably be against it. First, she doesn’t like the shutter sound. A sharp click can scare your pet. Secondly, the animal is afraid of flashbulbs. The cat’s retina is very sensitive. Bright light is unpleasant to the eyes. Just take a picture of the animal a couple of times and the next time you see the camera, the cat will run away from you.

If you take a picture of a cat without a flash or sound, but she still doesn’t want it, then she doesn’t like your obsession. You stop her from going about her business, and at the same time wave some incomprehensible thing in front of her.