10 slowest animals in the world

Everywhere you look, there is the ranking of the most agile, graceful, and hardy animals. And which will tell you about other representatives of the fauna, which may have their drawbacks, but remain just as cute and necessary to our nature.

For example, the symbol of Australia, the eucalyptus-scented koala, is one of the slowest animals on the planet. But this does not prevent it from being a favorite of tourists, always ready for “hugs”.

Today we will introduce you to a dozen clumsy and slow animals. We will also find out exactly what reasons prevent them from developing the normal speed for moving.

These are the 10 slowest animals in the world 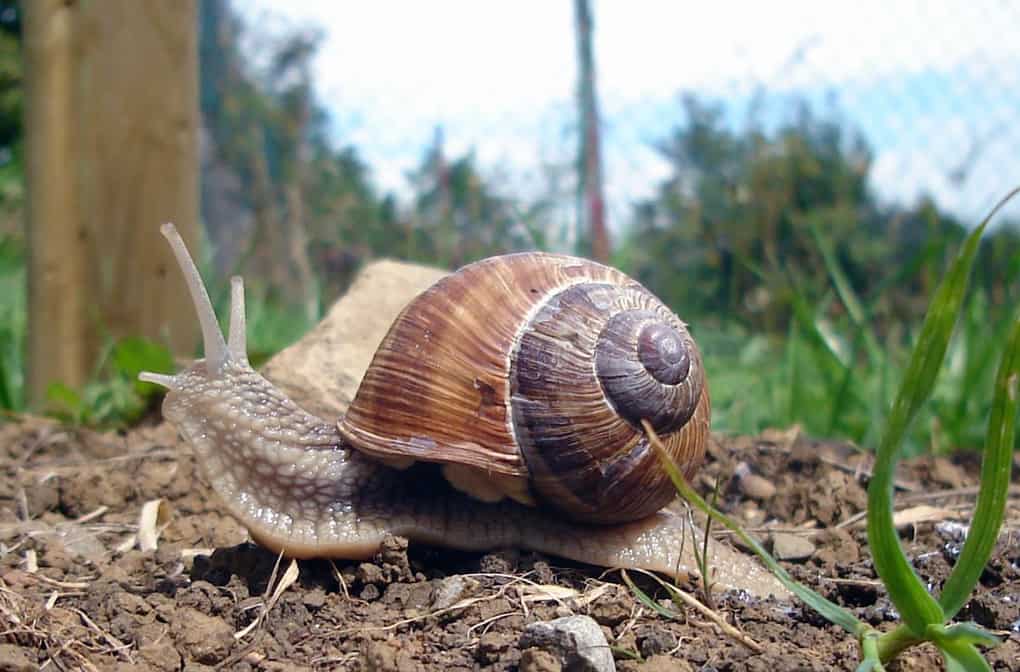 The snail is constantly mentioned in various parables, allegories, and proverbs as a symbol of slowness. What can you do – it’s so organized.

It rightfully gets the first place in terms of slowness in our ranking, since the maximum speed that it can develop does not exceed 1.3 centimeters per second.

If you count it, then it can take a whole 21 hours to walk a kilometer for an unfortunate garden snail. Think a few times before you take a snail for a photo or to show the kids!

It would take several long hours of active movement to get back to the bush where it had been living peacefully. But the snail moves, in fact, on the lower surface of its single leg, and even drags an entire dwelling on its back! 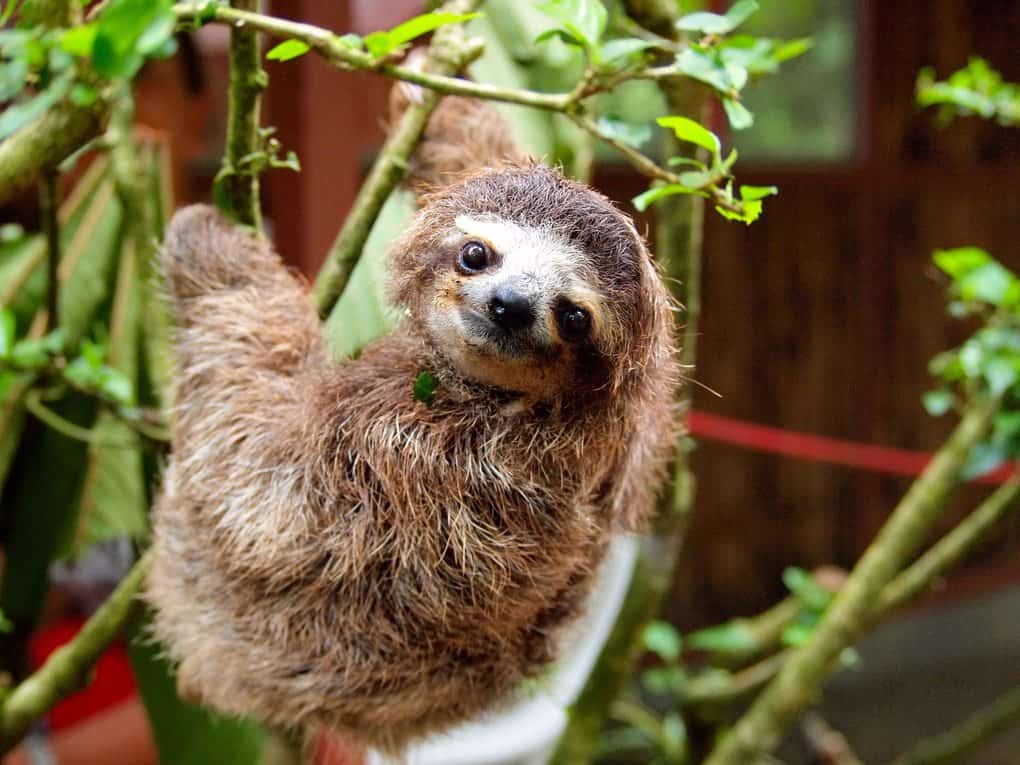 These cozy, funny, and unique animals are one of the most clumsy and lazy on the planet. Nice sloth loves to hang in one position for several hours, and they sleep for 15 hours a day, not at all ashamed.

The highest speed that this animal can develop reaches only 2 meters per minute. A slow and sluggish mammal is forced to save energy – it, like a koala, feeds on leaves, and they do not provide the necessary energy for active movements.

The average speed of movement of a three-toed sloth is 3 centimeters per second. But it really should make you want it! 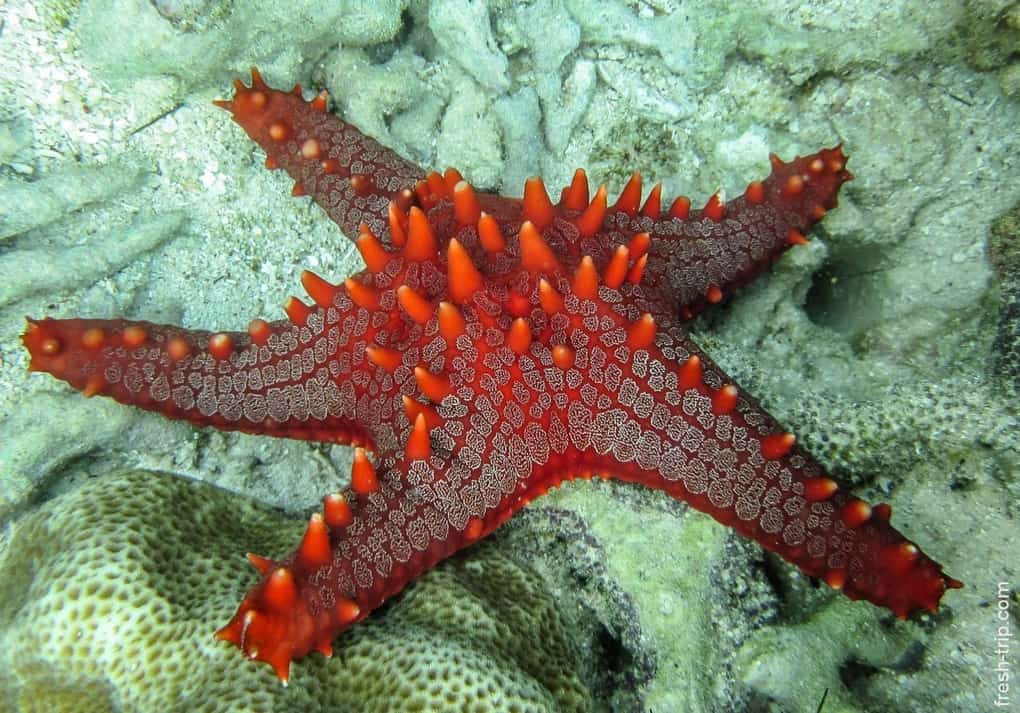 Another marine representative is slow. Of course, it moves a little faster than snails or sloths, but still, the maximum speed does not exceed 2.8 meters per minute. There are about 1.5 thousand starfish in the world, and some of them are more active than others.

One of the slowest species is the leather star, which can master only 15 centimeters of water space in a minute. The highest speed is developed by the sand starfish – it is its indicator that is 0.168 km per hour. 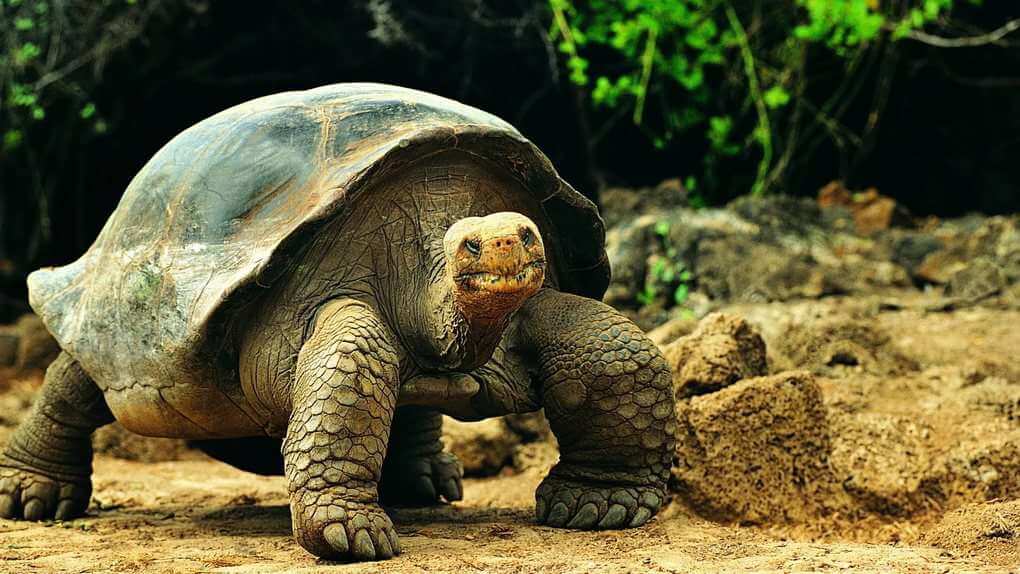 The fact that turtles are a symbol of slowness, we know from childhood. But we have never wondered which of the many centenarians of our planet is the slowest. The leader is still a giant turtle, which can live up to 190 years, almost without hurrying.

Still, you need to manage to carry a weight of 300 kg, especially when moving along the coastal sand. The turtle’s legs are not adapted for running – they are short and resemble pillars. The speed of movement is no more than 76 cm per second, but this is also a good indicator. 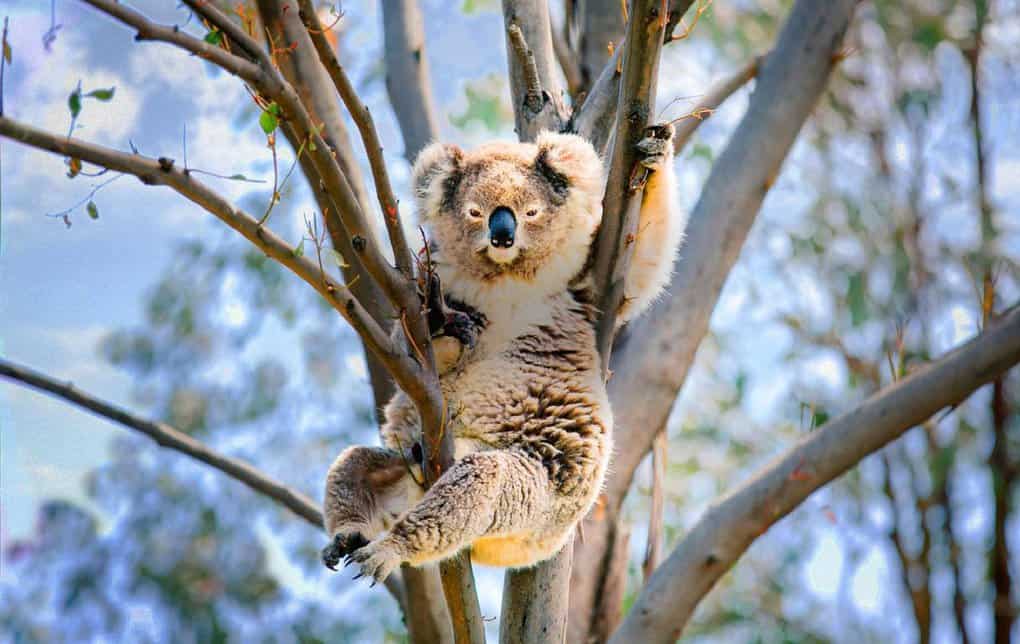 The cute marsupial koala almost all his life sits on the branches of eucalyptus trees, enthusiastically eating the leaves. The slow animal can swim well and even run at a gallop, but prefers to move as little as possible, hovering in one position for up to 18 hours a day!

During the day, lazy mammals rest at all or just apathetically hold on to a branch with their long claws. At night, the koala is ready to show “activity” and move a little along the tree, eating fragrant leaves along the way. At the same time, the highest speed that the animal develops was recorded at 447 centimeters per second. 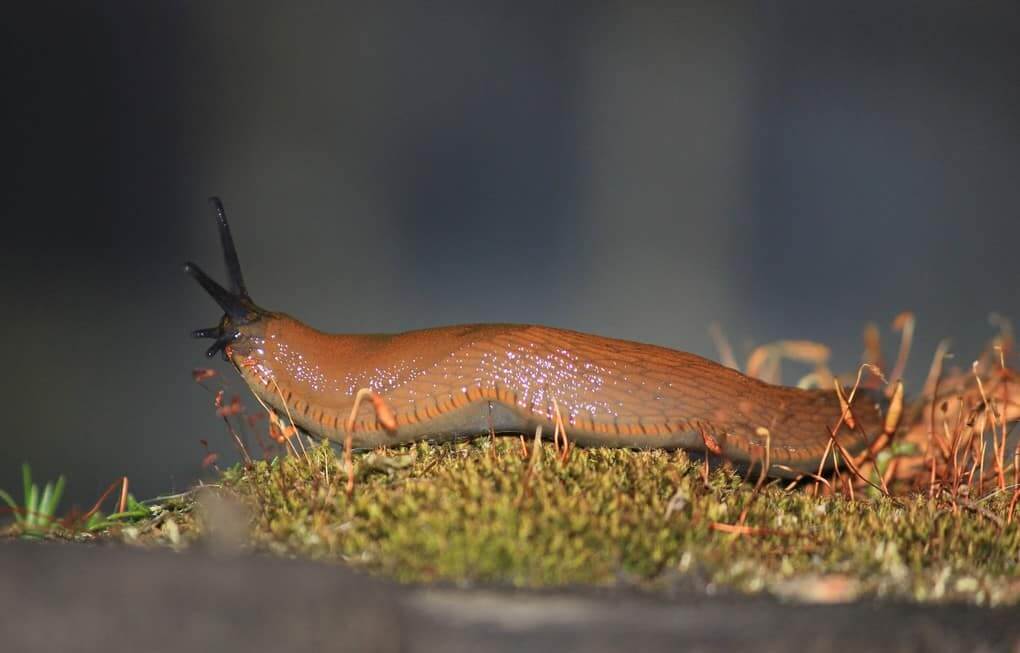 These defenseless “snails without a house” amuse children so much and depress gardeners so much. However, the slug will not run away if you chase it, so it is only important to notice them in time on the culture.

The mountain snail “winds up” only 0.3 kilometers per hour and this is also the maximum recorded speed! The staid slug does not consider it necessary to give in to fuss, so it proudly cuts through the vineyards at its slow speed. 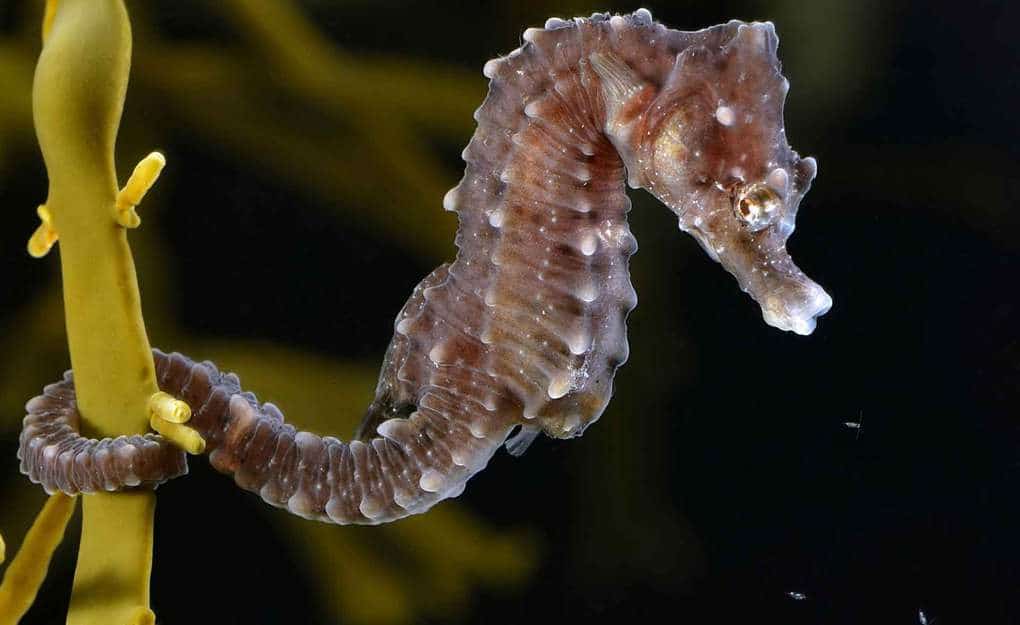 Scientists already know about 54 species of seahorses from the smallest in 1.5 cm to 35.5 cm representatives.

Skates float vertically, as you know, so the water resistance on them affects them significantly. Therefore, these aquatic inhabitants do not reach speeds of more than one and a half meters per hour, for which they received the title of the slowest fish on Earth.

According to other estimates, the movement of bony needle-shaped skates reaches 0.04 cm per second. Of course, they do not have the speed of horses, but they remain very cute and interesting for research. 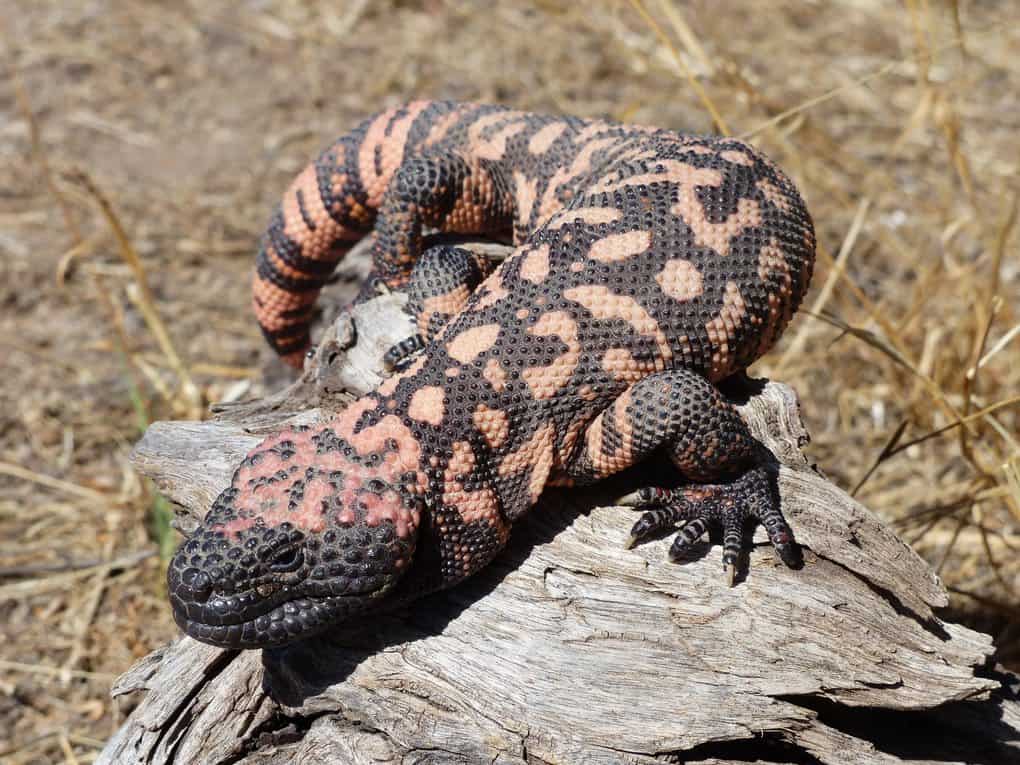 It is necessary to mention the reptile – a large cute monster, which has the second name “Gila monster”. Its size, as a rule, does not exceed 60 cm, and its weight can reach 0.7 kg.

The lizard lives in America and is, as you guessed from the name, poisonous. Of course, you still need to manage to get a bite, because it moves at a speed of 667 cm per second. And the animal eats only 10 times a year, so it is rarely interested in prey. 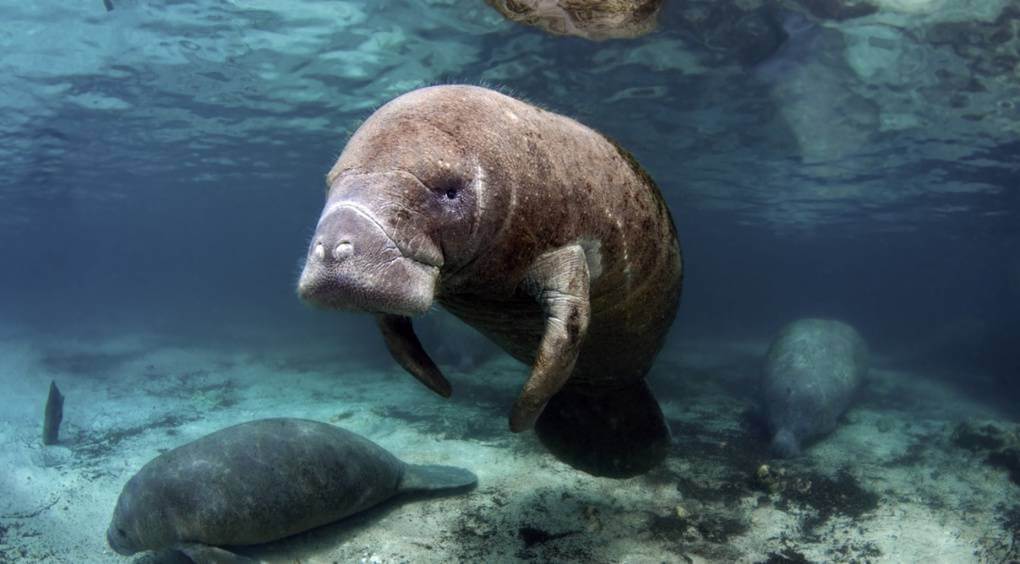 Manatee is a representative of the water world. The Manatee, as an aquatic mammal, has rather large dimensions – up to 4 meters in length and about 550 kg of live weight.

Of course, moving with such a mass in water with high resistance is not easy. The manatee is helped by a paddle-shaped tail and flippers that are a little modest in comparison with the total volume.

The animal is aware that it develops a speed of about 200 cm per second, so it tries to live in shallow water and not migrate for significant distances. It lives sedentary, chewing grass. 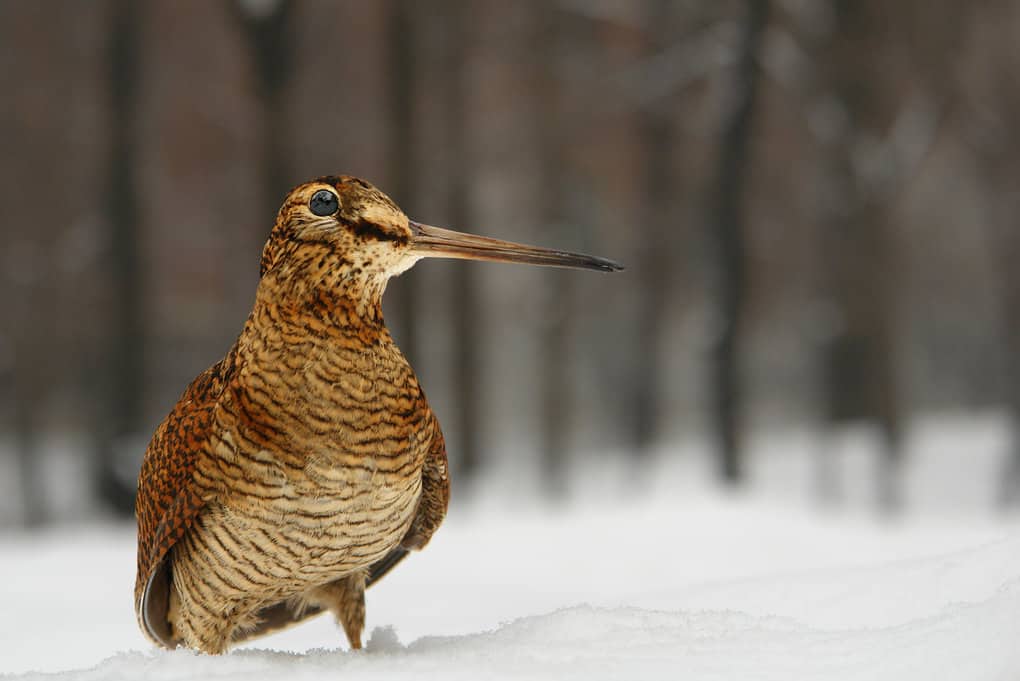 It would seem that birds cannot be slow – they use their wings to move over considerable distances, sometimes making flights that are unique in duration. But still, among the birds, there are their own “record holders”.

For example, the American woodcock shows the slowest bird flight recorded by scientists – only 8 kilometers per hour, or according to other estimates, 222 cm per second.

The bird itself is small, and despite its slowness, it has another valuable skill: high-set large eyes allow it to expand its field of vision. Maybe the woodcock is not so much slow as absent-minded? After all, it can contemplate more along the way than other feathered representatives.

Here is such an informative ranking we have today. Animals, like people, have their talents or skills. And slowness does not always mean laziness or clumsiness.