Top 10 most venomous creatures on the planet

There are a huge number of animals in the world that pose not only a potential but also a real threat to humans. The category of dangerous includes not only predators, but even small and, at first glance, harmless creatures that contain in their organs so much poison that is enough to kill a dozen people.

The top 10 include the most venomous creatures on the planet that pose the greatest danger to human health and life. 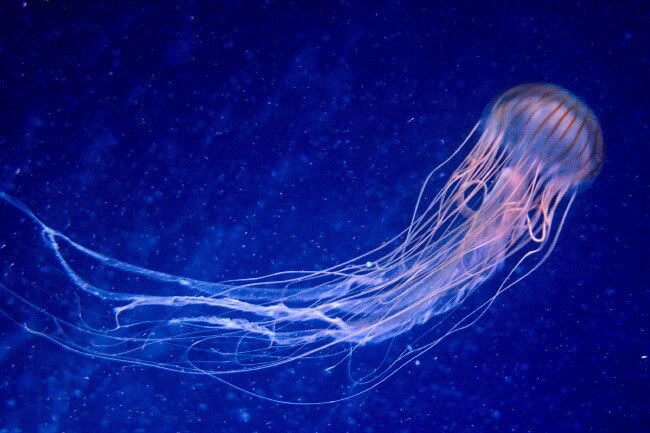 The Chironex fleckeri or Australian box jelly is one of the deadly animals that live in the oceans. The toxicity of the venom of this jellyfish is so high that a person dies a few minutes after being burned. The tentacles of the sea creature deliver excruciating, sharp pain. One adult can kill up to 60 people.

A neurotoxic potent substance, once it enters the body, immediately affects the heart and nervous system. To date, there is an antidote for the venom of jellyfish, but despite this, the victim dies faster before receiving medical attention. Thus, the Chironex fleckeri is the most poisonous creature on the planet. 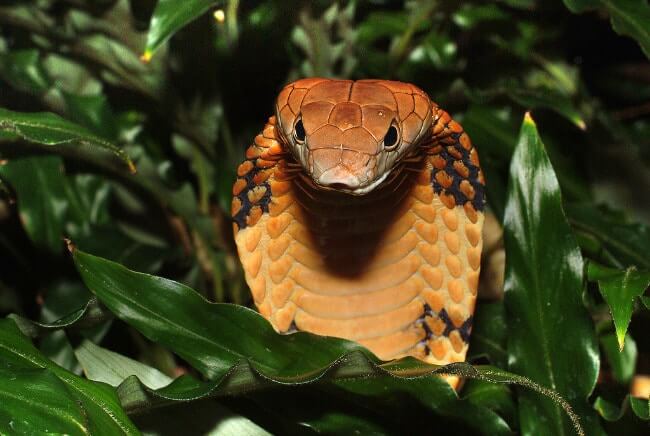 The king cobra is one of the most poisonous creatures on planet Earth. This is an excellent hunter and swimmer, which lives mainly in the countries of the East. One bite of a king cobra contains as much poison as would be enough to kill two dozen people at once. A neurotoxin that quickly spreads through the blood of a living organism leads to rapid paralysis. In the absence of timely assistance, a king cobra snake bite can lead to death. 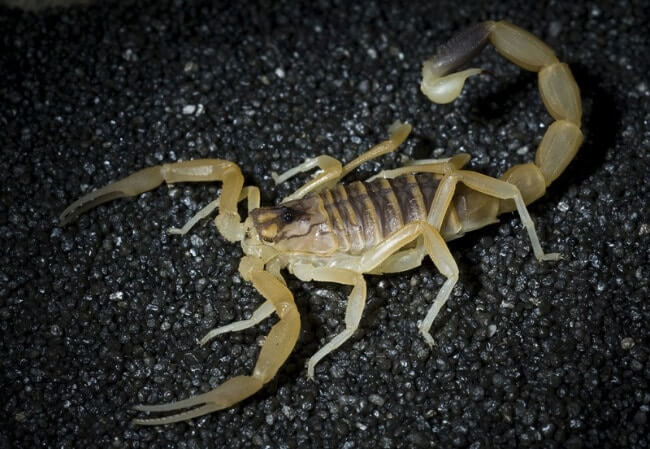 Scorpion Leiurus is one of the most venomous creatures in the entire world. When bitten by a scorpion, it releases a neurotoxin that is enough to kill an adult. The highly toxic substance leads to an increase in body temperature, numbness of the limbs, and burning unbearable pain. However, a Leiurus bite is rarely fatal if the victim was treated in time. 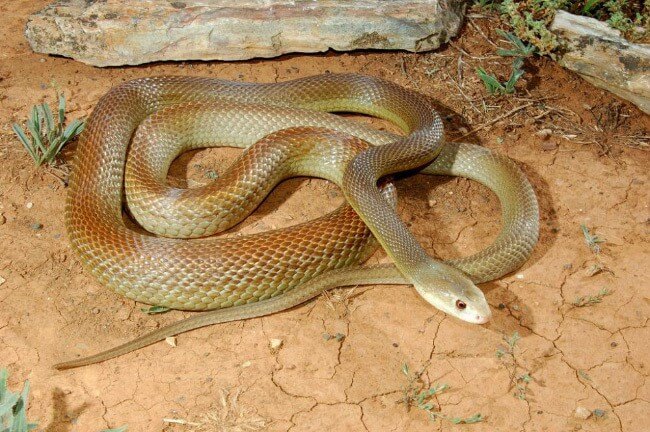 Taipan is the most venomous snake found in Australia. One bite contains such an amount of a highly toxic substance, which is enough to kill several dozen people. If an antidote is not injected into the victim person within the first 30 minutes after being bitten by a taipan, he/she will inevitably die. At the same time, this snake is not aggressive and prefers to avoid meeting people. It attacks only if it senses danger. People become victims of it because of their carelessness. 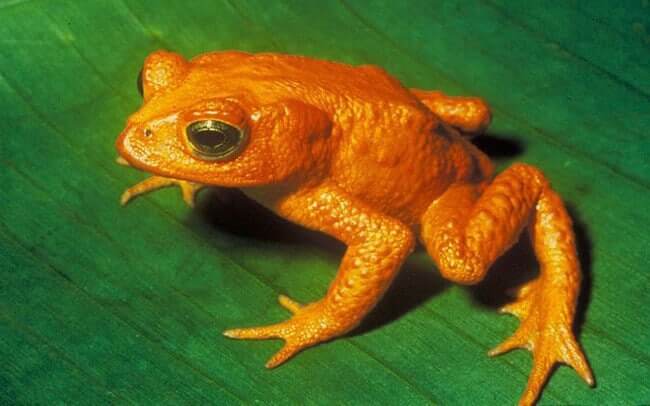 The golden poison frog is also known as the golden frog is considered the most poisonous creature than the poison dart frog. The skin of this frog is covered with glands secreting a highly toxic substance.

These lovely, cute inhabitants of Colombia should never be handled. Steroid alkaloids secreted by the glands quickly enter the bloodstream, after which a person begins to have severe arrhythmia and heart failure develops. The toxin also blocks the nervous system, leading to paralysis. 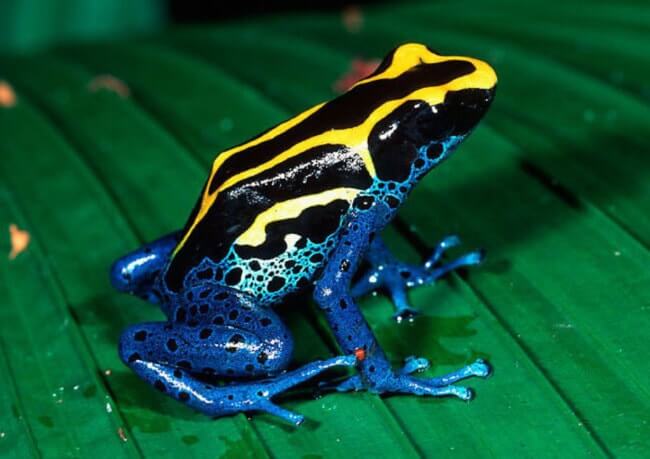 The poison dart frog is one of the ten most dangerous and poisonous animals on the planet. The entire skin of these little creatures is covered with poisonous glands. A highly toxic substance secreted by the glands is batrachotoxin, which does not have a protein form, and therefore belongs to a number of the most powerful poisons in nature.

Upon contact with the skin, the poison quickly penetrates the deep structures of the protective cover, and then enters the bloodstream and spreads throughout the body. After that, the toxin causes paralysis, after which death occurs. Until now, in medicine, there is no antidote to this highly toxic substance. 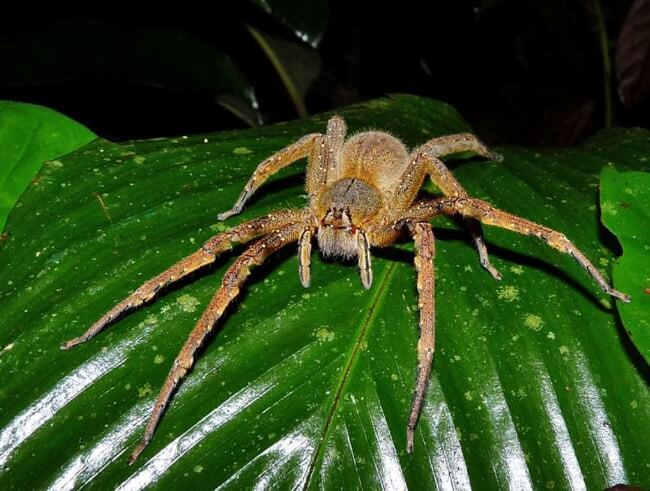 The Armed spiders are the most venomous spider in the world and have been listed in the Guinness Book of Records as the most dangerous. The venom of this insect can cause a long and painful erection in men, which lasts for several days. In the worst case, a spider bite is fatal. These spiders wander not only throughout South America, where they live but can also get abroad when transporting bananas. 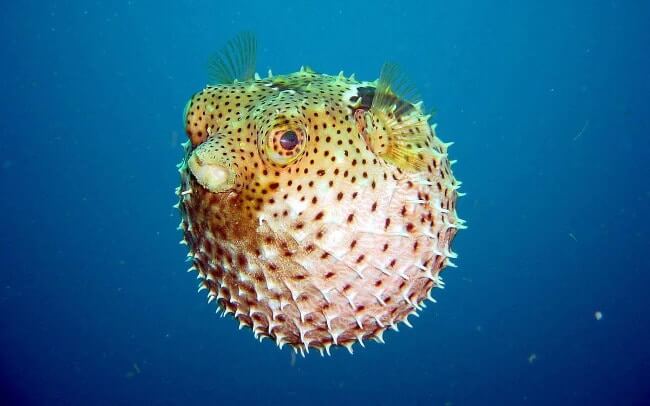 The Fugu is on the list of the most poisonous sea creatures. The body of this fish is covered, instead of the usual scales, with multiple thorns, which contain poison. In a calm state, they are smoothed, but if the fugu senses danger, it instantly becomes like an inflated ball, and the needles on the body straighten.

In the needles, on the skin, and in the liver of the fish, there is the maximum dose of the poisonous substance – tetrodotoxin, which is enough to kill forty people at once. The highly toxic poison after ingestion begins to act literally in a few minutes and leads to muscle paralysis. But despite this danger, fugu remains one of the most attractive dishes. 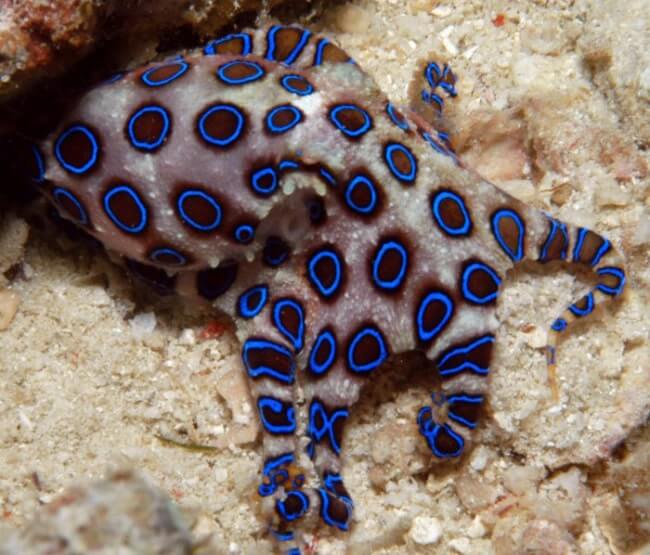 The octopus’s tentacles contain a neuroparalytic poison, which, once in the blood, takes effect instantly. If a person does not immediately get medical help, then the bite of a blue-ringed octopus will inevitably lead to death. 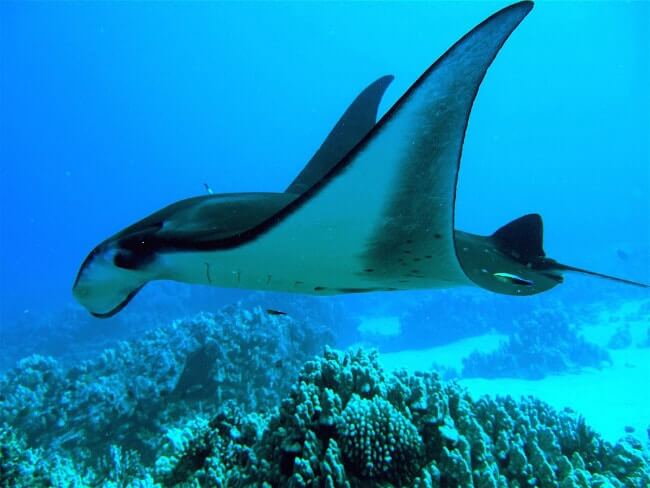 The Rays ended the ten most venomous creatures in the world. More than two thousand people become accidental victims of this marine life every year. The Ray itself is not aggressive, but because it is little noticeable, people often step on it, after which it bites with its poisonous sting. At this moment, a person begins to experience a dull pain, similar to that which can be obtained from a deep cut with a knife.

Stingray poison, containing more than 10 toxic substances, leads to seizures, dizziness, loss of consciousness, and other symptoms of severe poisoning. If the victim is not provided with medical assistance in time, then he is in danger of death.