Fluffy and adorable cats have long conquered the Internet. They do not get tired of admiring, their pictures gain hundreds of likes on social networks. Some purrs even have their army of fans.

These are the 10 most famous cats 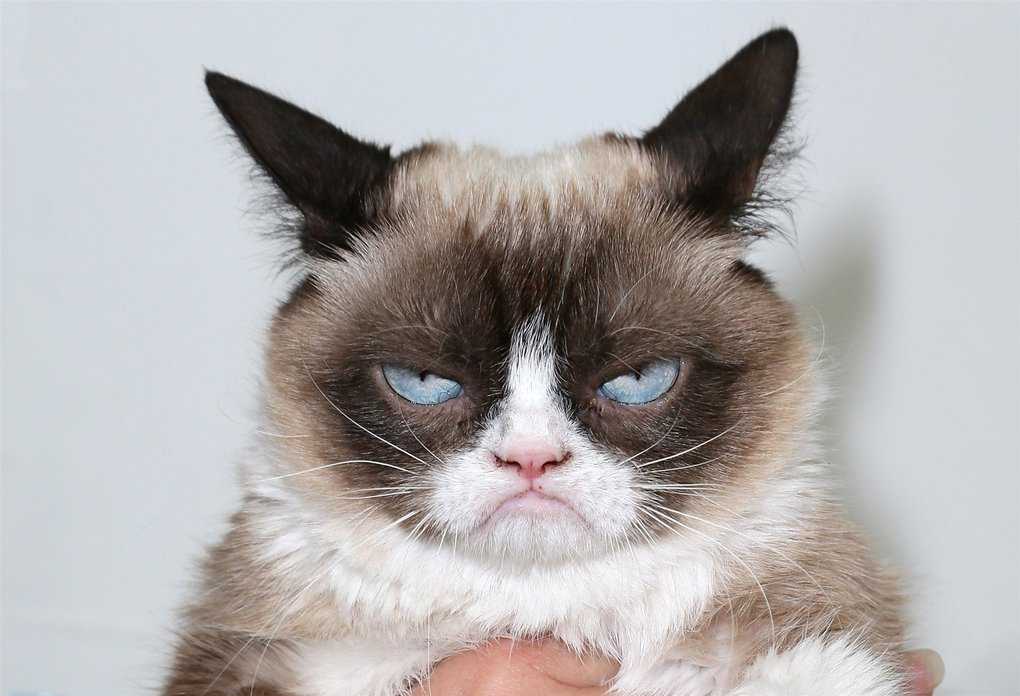 If translated Grumpy cat, it means “Angry Cat”. Tabata Bundesen received this nickname for cat because of its special appearance, which is associated with anomalies in its development. The cat’s name is Sauce Tardar because according to Tabatha’s daughter, she resembled tartar sauce.

It became famous in 2012 when the brother of her mistress posted photos of an unusual cat on one of the sites. Later, her Facebook page was created, with almost a million subscribers. In 2013, the cat became the meme of the year. At the same time, a book dedicated to Grumpy was published, and the following year a second edition was published. The media write that the pet brought its owner a huge income in the amount of about one hundred million.

2. Colonel Meow, a mixed breed of Persian and Himalayan cat 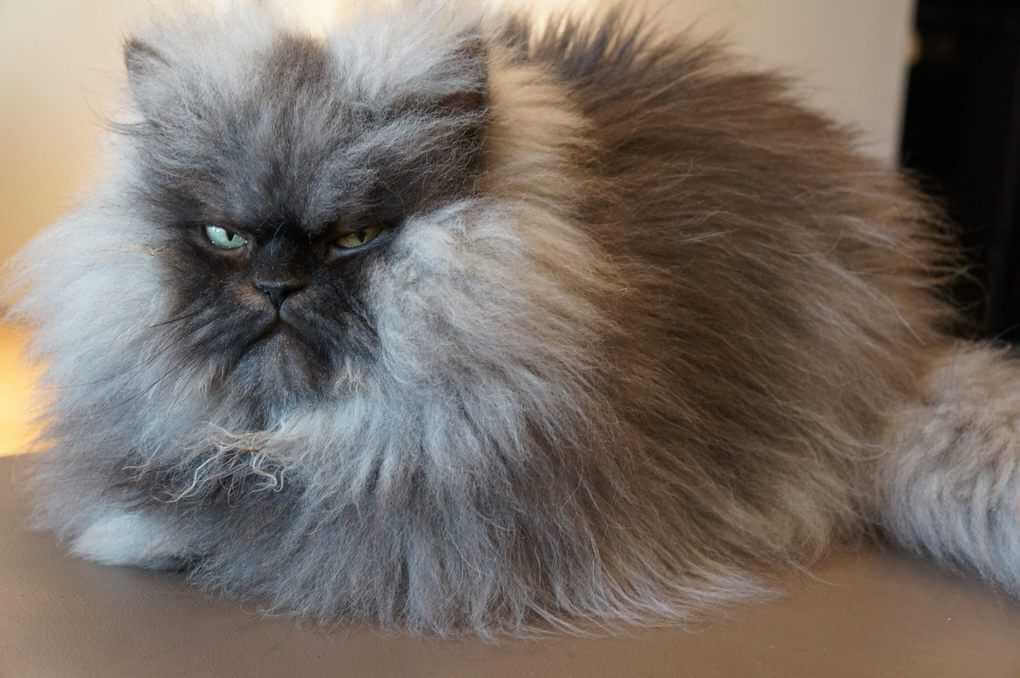 It was taken from the shelter on October 11, 2011. It became famous because of its unusual fluffiness, and also because it constantly had a dissatisfied look. In 2013, the cat took part in the filming of a charity video. But in November of that year, it had to be taken to the vet, who found that the furry beautiful cat had heart problems. Colonel Meow did not live long and died at the end of January 2014. 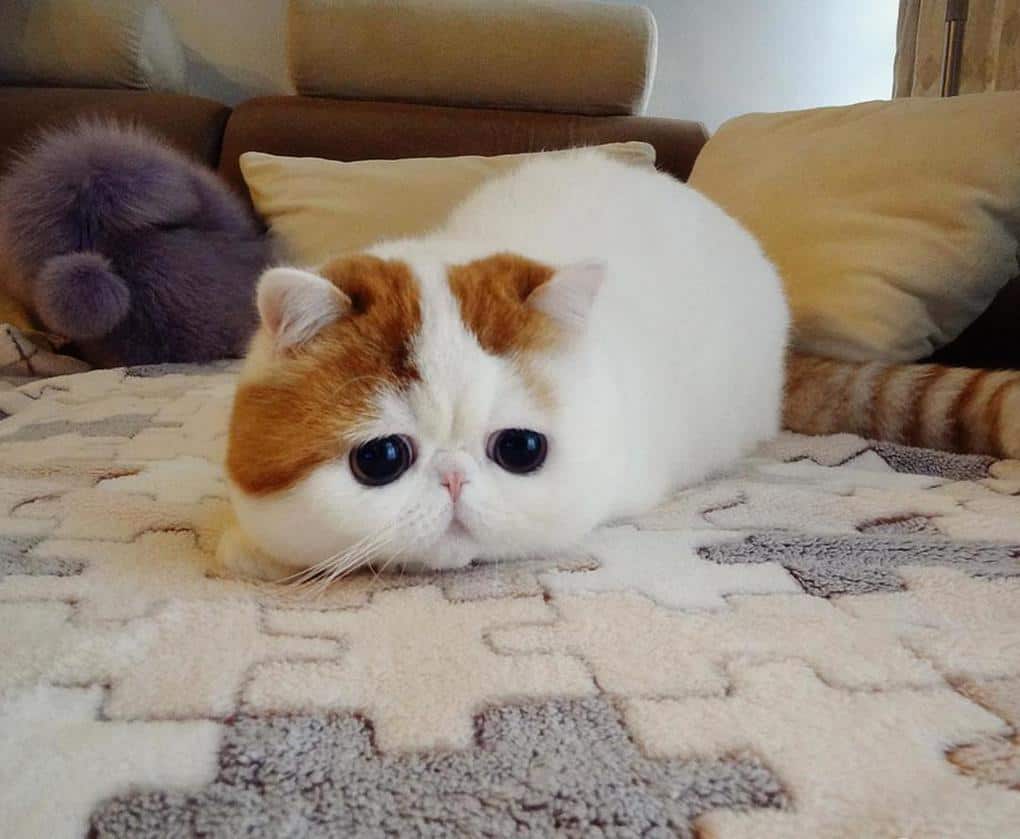 This cat was born on May 11, 2011, in the Chinese city of Chengdu. As soon as its photos were posted online, it became famous. Fans, who in 2 months became more than ten thousand, created pages on social networks with photos of Snoopy. Now it has several million fans around the world. But this did not affect the lifestyle of the fluffy beautiful cat, which lives in the same way as thousands of its fellow human beings. 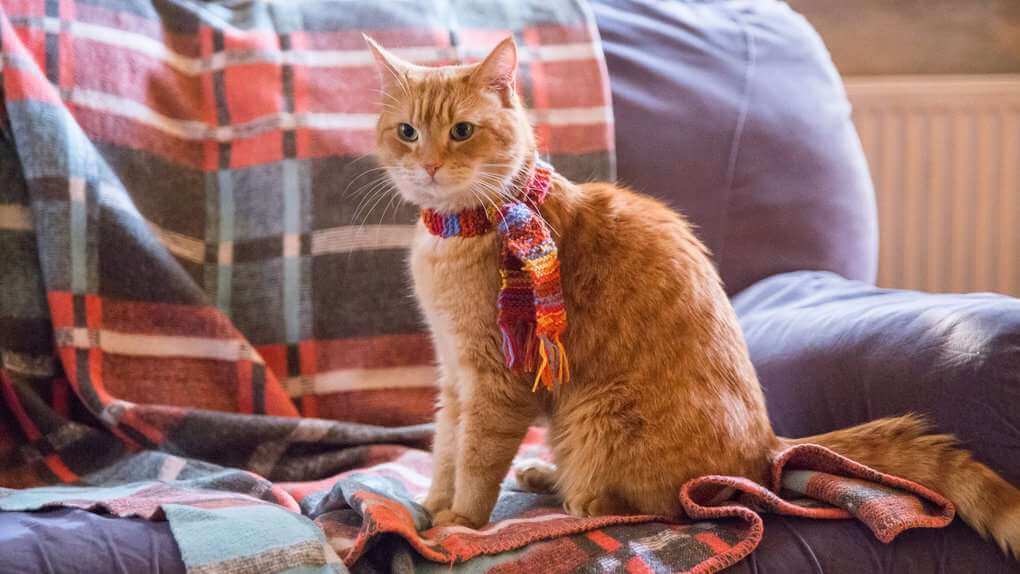 James Bowen was not lucky in his life. He was bullied at school, which caused him to snort glue, and later he was given several unpleasant diagnoses. Soon he became homeless and lived on the streets, using heroin. His life was changed by an ordinary red cat that he met at the entrance. The animal needed help. James took the cat to the vet, gave all his money for its treatment.

The guy decided to take care of the abandoned animal, gave up drugs for it, and found a permanent job. He has written two books that have become international bestsellers. And in 2016, a film was made based on one of the books. 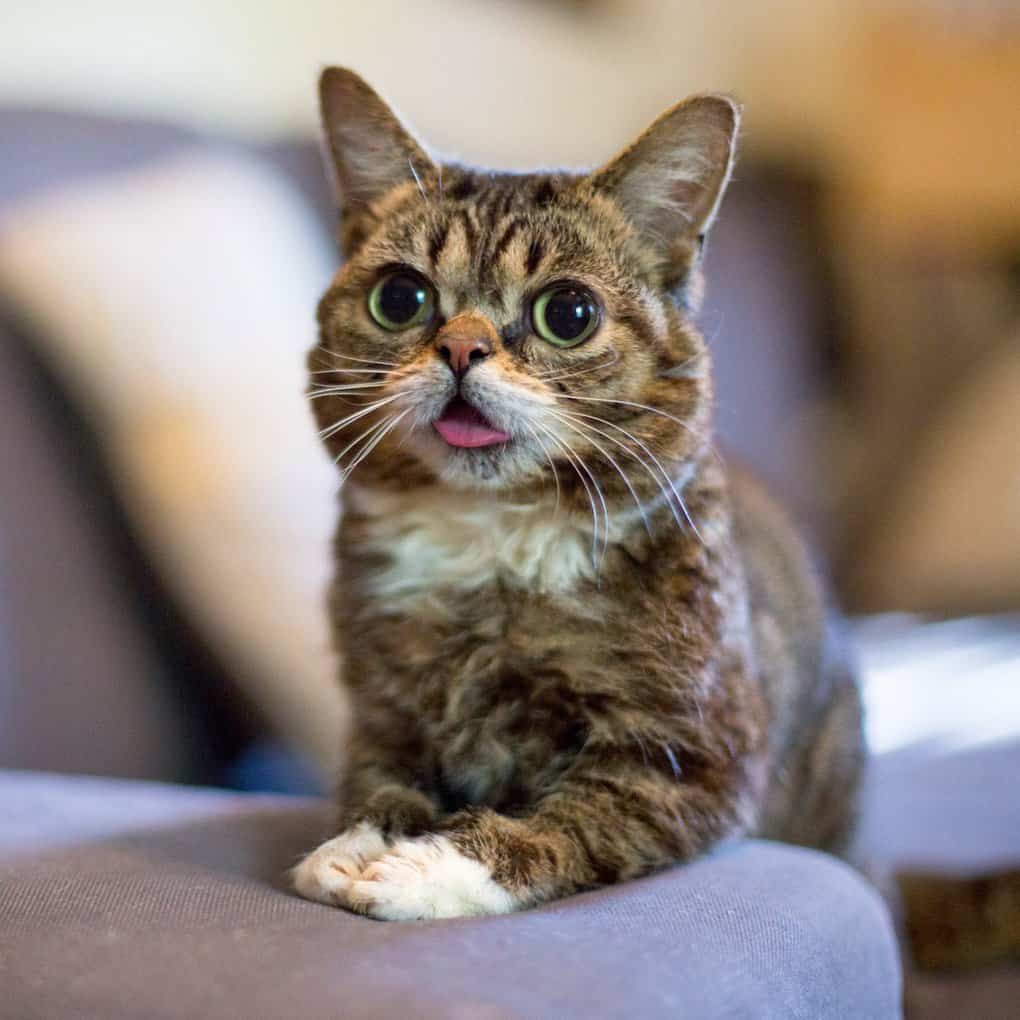 This is a domestic cat, but it has several abnormalities due to the dwarfism gene: small, like munchkins, paws, the lower jaw is shorter than necessary, and there are no teeth, which causes the tongue to fall out of the mouth. There’s an extra finger on each foot. It can’t jump or run fast, but it can walk and climb normally.

Kitty has its pages on social networks, in the blog, it gives answers to questions and talks about everything in the world, and also participates in charity events to save animals. Not much is known about the owner of the cat. He’s from Bloomington, Indiana, about 40 years old, and his first name is Mike Bridavsky. 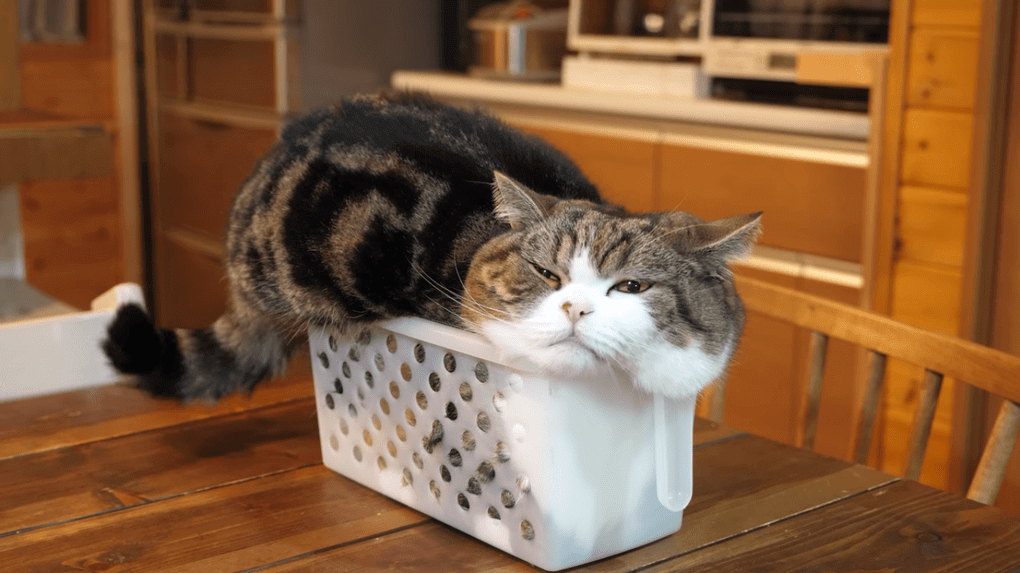 A cat named Maru became famous, thanks to YouTube. Its box-related tricks blew up the Internet. Authors constantly write about Maru on social media, it is the owner of many diplomas and awards. Its owner once posted a video in which the pet showed its passion for all kinds of boxes. The owner wondered if the cat’s behavior was normal and then it had hundreds of fans.

The cat lives in Japan, its name translates as “rounded”. Maru was born on May 24, 2007. By the beginning of 2016, stories with this cute cat as the main character were viewed more than 300 million times. In 2011, the hostess wrote a book about it. But the name of its owner is still unknown. She never appeared on the video or commented on what was happening. Only her YouTube nickname, mugumogu, is known.

7. Hamilton, a hipster cat of the Maine Coon breed 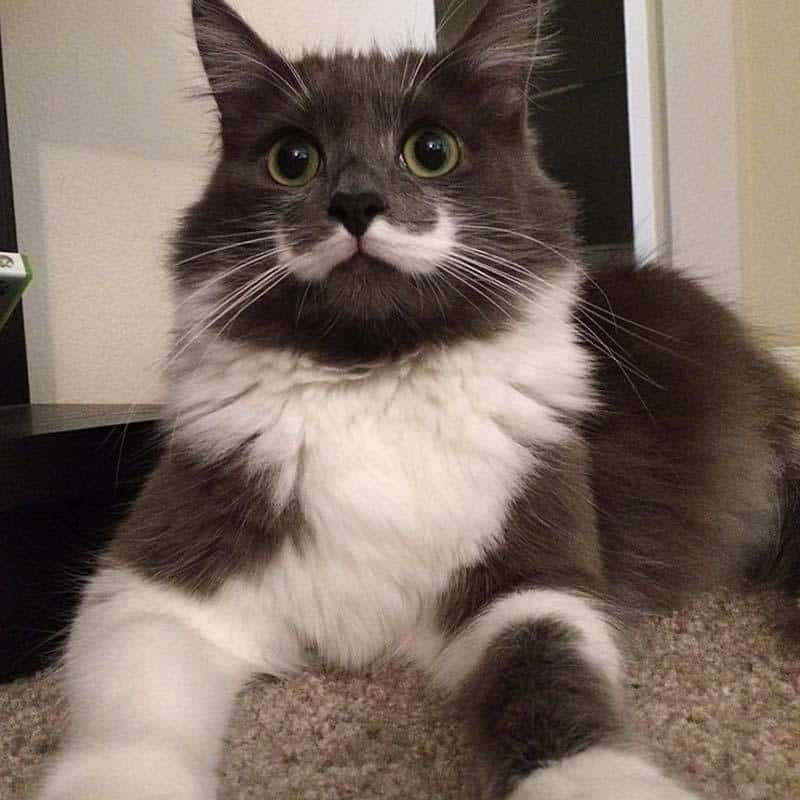 This beautiful cat became famous for its mustache. But not the ones that every feline representative has, but a white spot that resembles a mustache in shape. It is called a hipster because it was the representatives of this youth movement who wore a beautiful mustache. Lives a famous cat from San Francisco (USA). 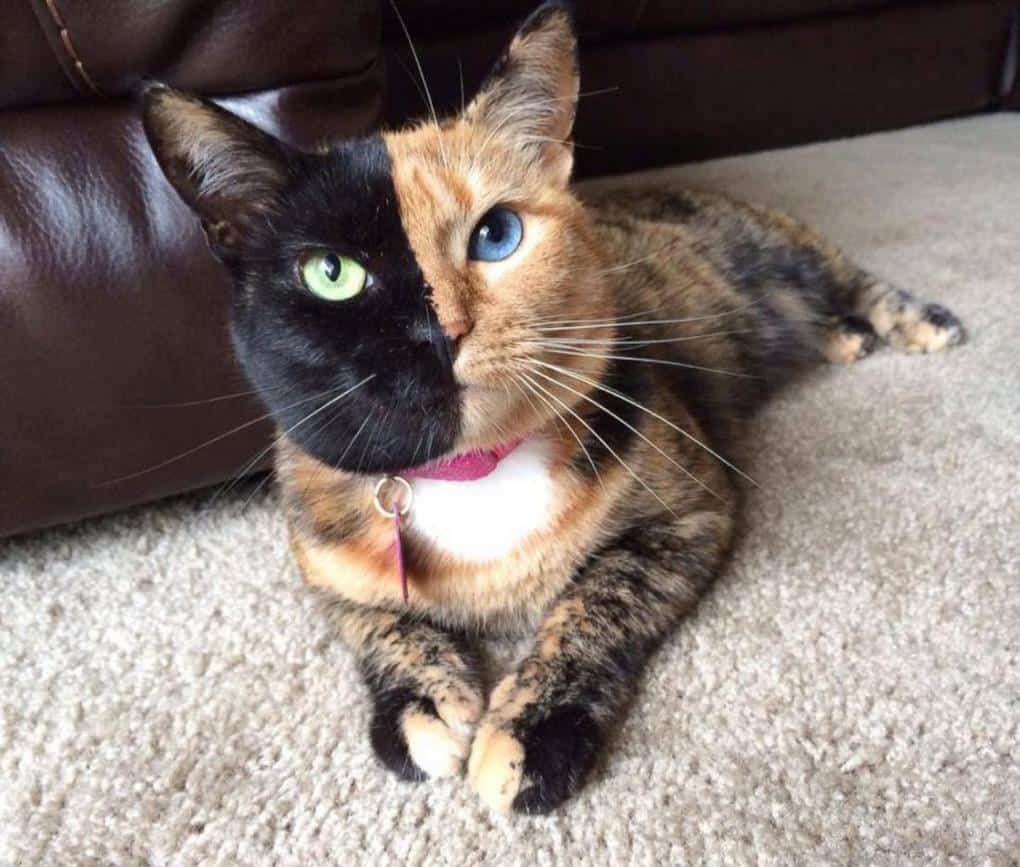 This amazing creature lives in South Carolina (USA). The smooth-haired tricolor cat is almost no different from others, except for the muzzle, painted by nature in two different colors. The right half of its muzzle is black, the eye on it is green, and the left half is red, with a bright blue eye.

When you first see a photo of this cat, you might think that it was created using Photoshop. But a cat with a two-colored muzzle exists. It is a very well-mannered and easy-going pet: it does not sharpen its claws on furniture, likes to communicate, purr. The owner picked it up in 2009 on the farm, it was a stray kitten. 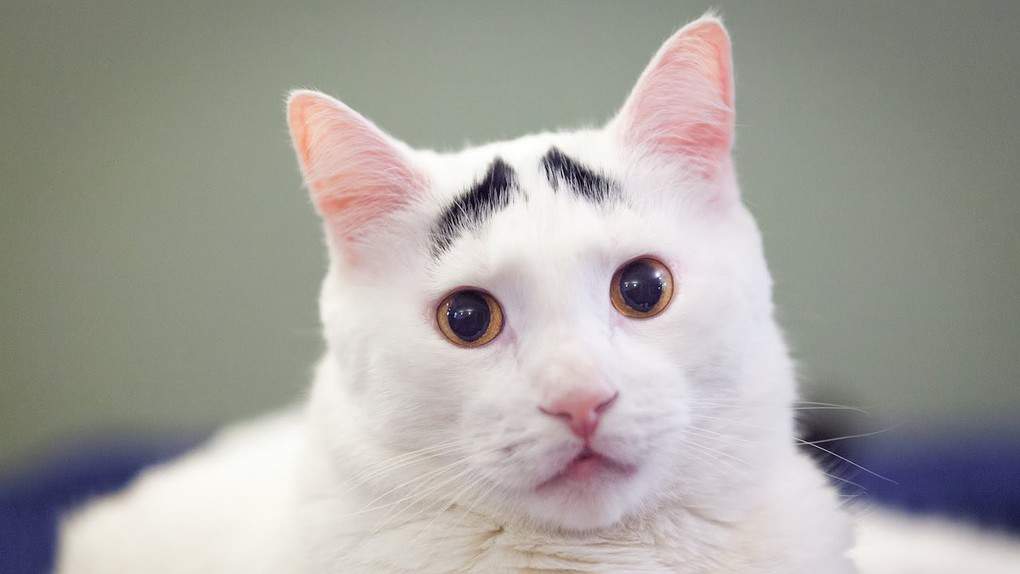 Beautiful snow-white cats of the Khao Manee breed amaze with their grace and surprisingly beautiful eyes. But Sam, although it belongs to this breed, won over with his surprised muzzle, decorated with black spots resembling eyebrows. In some of the pictures, it appeared with its mouth open funnily, as if something had struck it to the core. No wonder it has more than 221 thousand fans on Instagram, who are waiting for new photos of this cat. 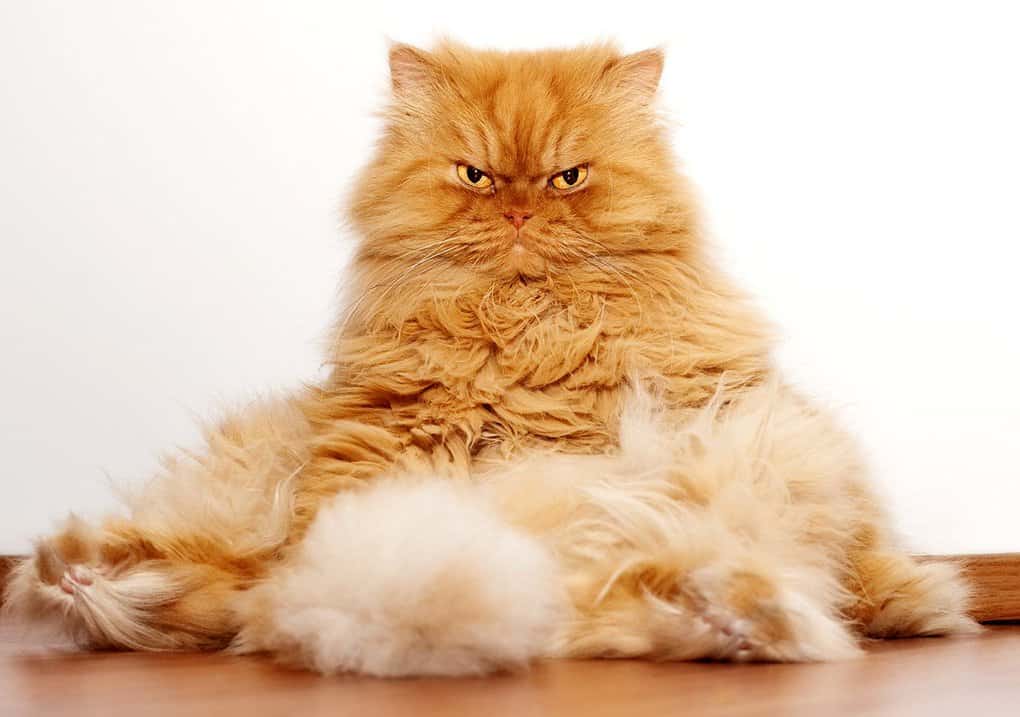 It became famous for its unusual appearance. In the network, Garfi was dubbed the evilest cat in the world. What catches the eye is its demonic gaze, gloomy appearance, and angry muzzle. But, according to the owners of the luxurious Persian, it is very kind and cute, constantly purring.

Garfi’s full name is Garfield. It was named after a famous cartoon character, the similarity with which is simply amazing. The evilest cat in the world lives in a Turkish family. It became famous, thanks to its owner, photographer Halia Ozkok. The cat is happy to pose in front of the camera. Now it has become a real meme. Funny pictures cheer up not only the owners of Garfi but also thousands of its fans.