10 most dangerous airports in the world

Most people, when they hear the word “airport”, imagine a large building, adjacent facilities, and runways as vast spaces, like fields, with or without pavement. Even active air users do not always know that an airfield is not always a flat and dry piece of land. There are runways in the world that are feared not only by passengers but also by experienced pilots.

A strip of sand or ice, an airport in the middle of the sea or on a mountain top … Impressive? Thrill-seekers will definitely appreciate our selection of the world’s most dangerous airports. Even if you are not, do not rush to leave the site, it will be interesting. 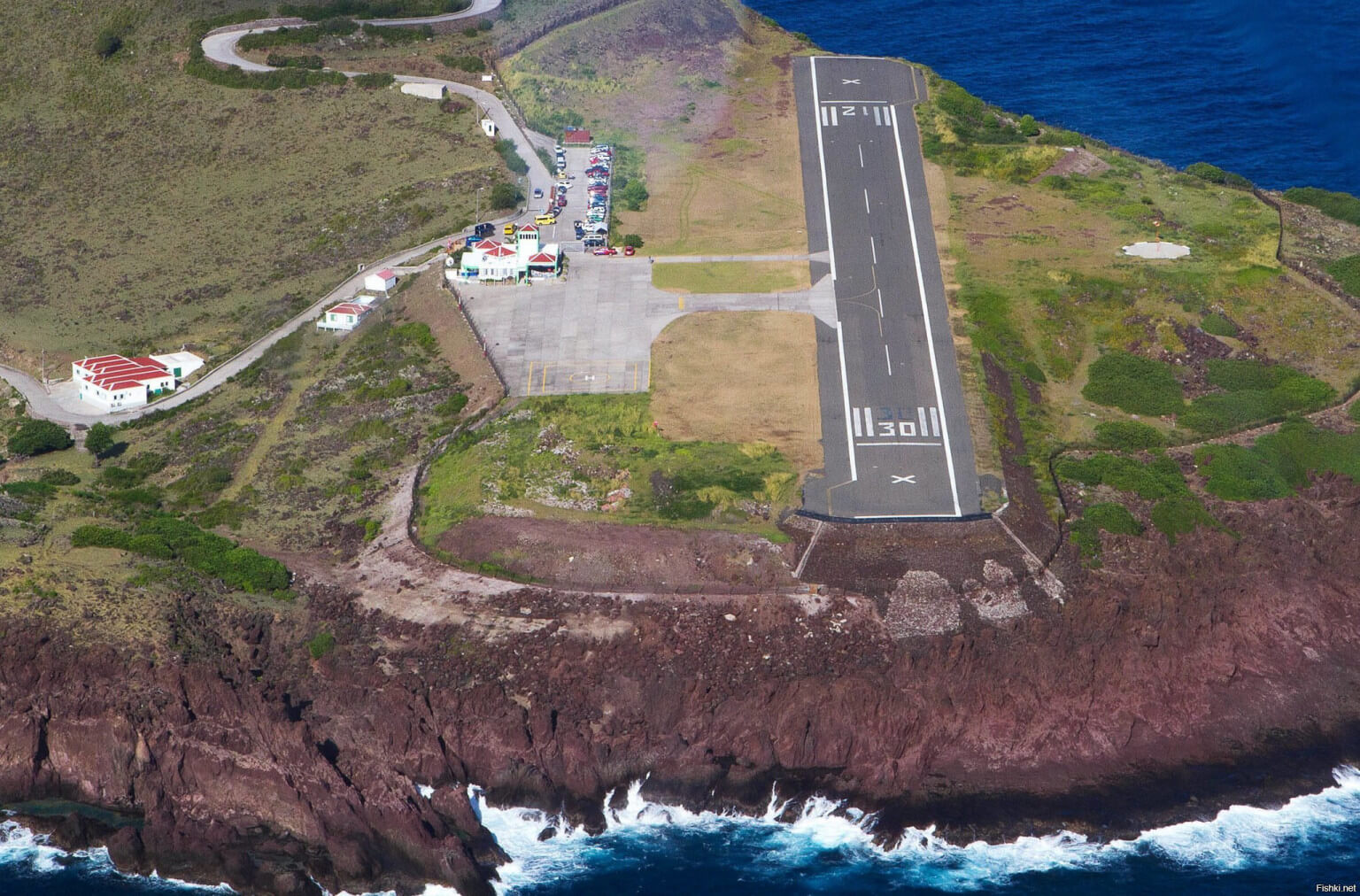 The airport is located in the middle of the sea on the island of Saba. The runway breaks all records, its length is only 400 m. It is surrounded on all sides by rocks and the sea. Weather conditions add to the extreme, there are often strong winds blowing here, which regularly change direction. Only one company, Windward Islands Airways, has the right to use the airport. All crew members receive special training. To avoid accidental victims, there are strict bans on private flights. 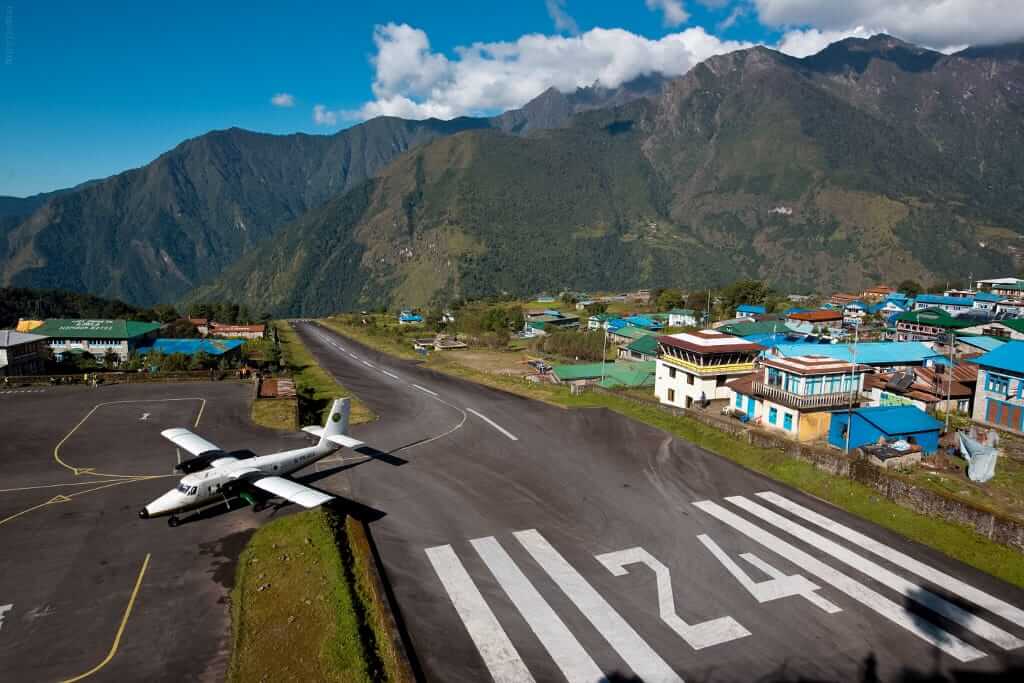 A small airport is located in the East of Nepal, near mount Everest. The runway length is 527 m, it is located at an angle. The height above sea level is 2860 m. The terrain is very difficult, the runway ends have a difference of 60 m. Therefore, takeoff and landing are always carried out from different sides of the site. Thick clouds and strong wind gusts only make the situation worse. Pilots do not have the opportunity to use special devices, so they are guided by the rules of visual flights (observation of the horizon line). Before becoming a crew member, each pilot is trained. It must also meet strict requirements. 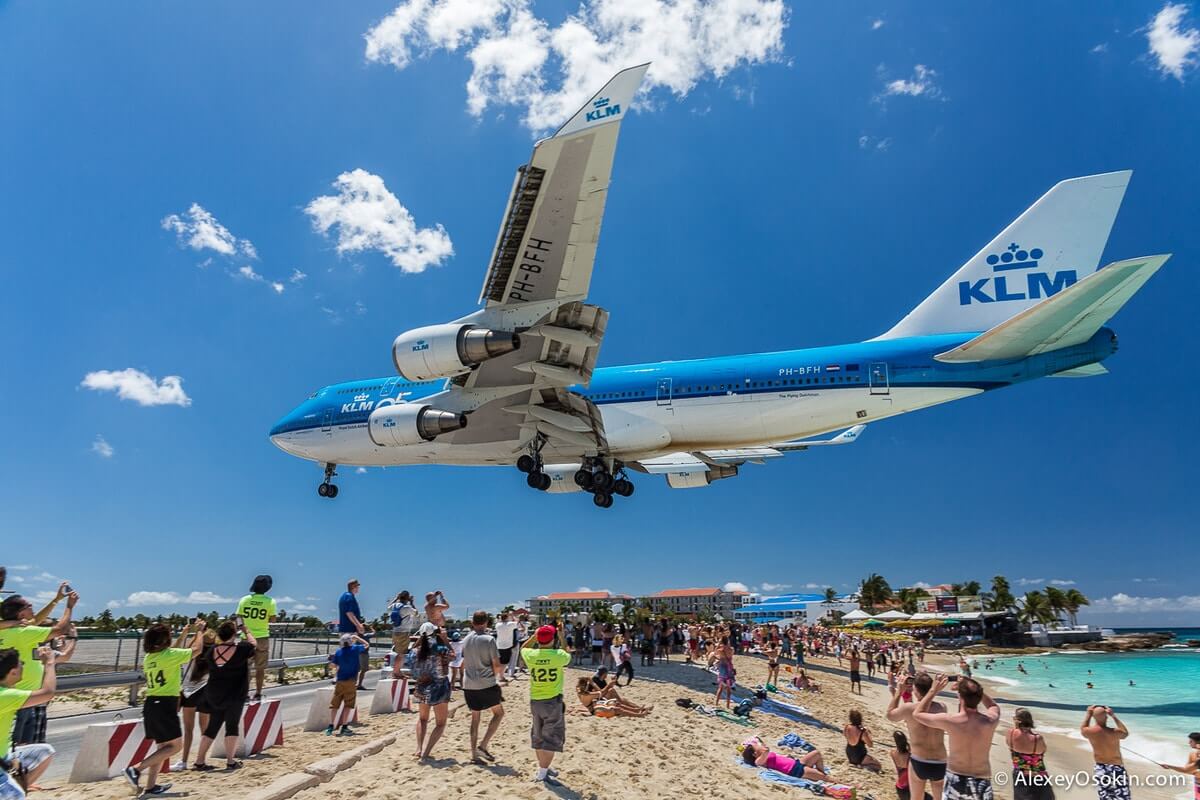 The peculiarity of the airport is its awkward position. The end of the runway literally touches Maho beach, which is very popular with citizens. When landing, the distance between it and the beach reaches 10 meters. Vacationers are not afraid of such whoppers, on the contrary, there are always a lot of people who want to look at the Airliners. Another disadvantage of the airport is the rock on the course at takeoff. Pilots have to use all their skills to avoid a collision. 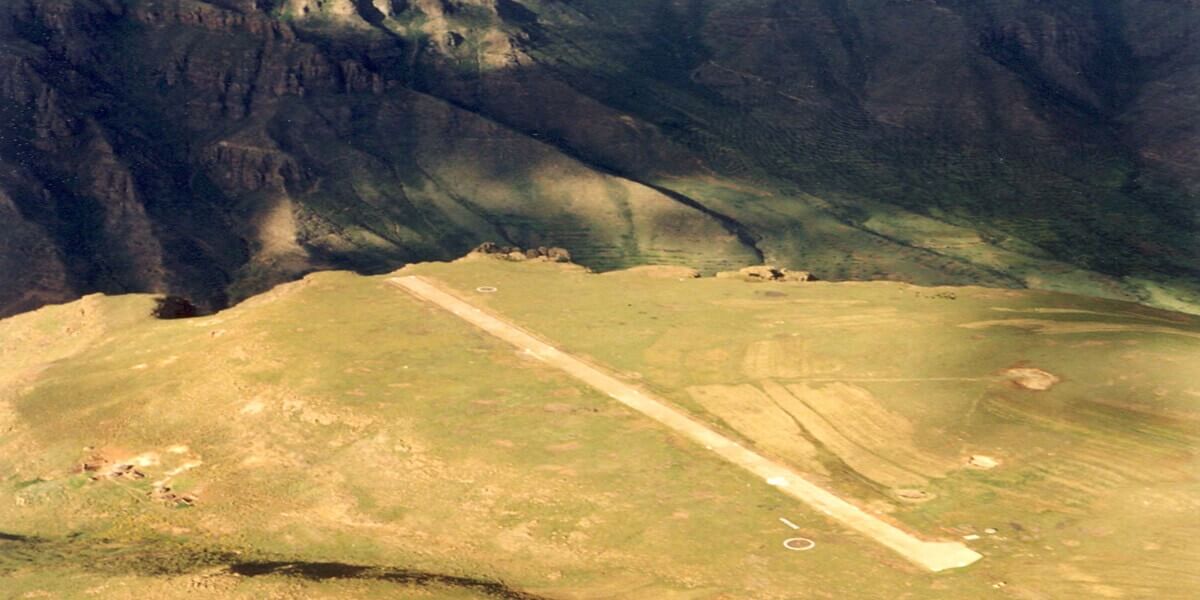 Matekane is hardly an airport, it’s just a runway. Its length is 400 m, and then … the gap is 600 m. The designers of this miracle assumed that this length would be enough for the plane to go into free fall and take off at the most crucial moment. In 2009, Matekane was closed, and local and international transportation was banned. After all, the strip is still periodically used for flights of private aviation. 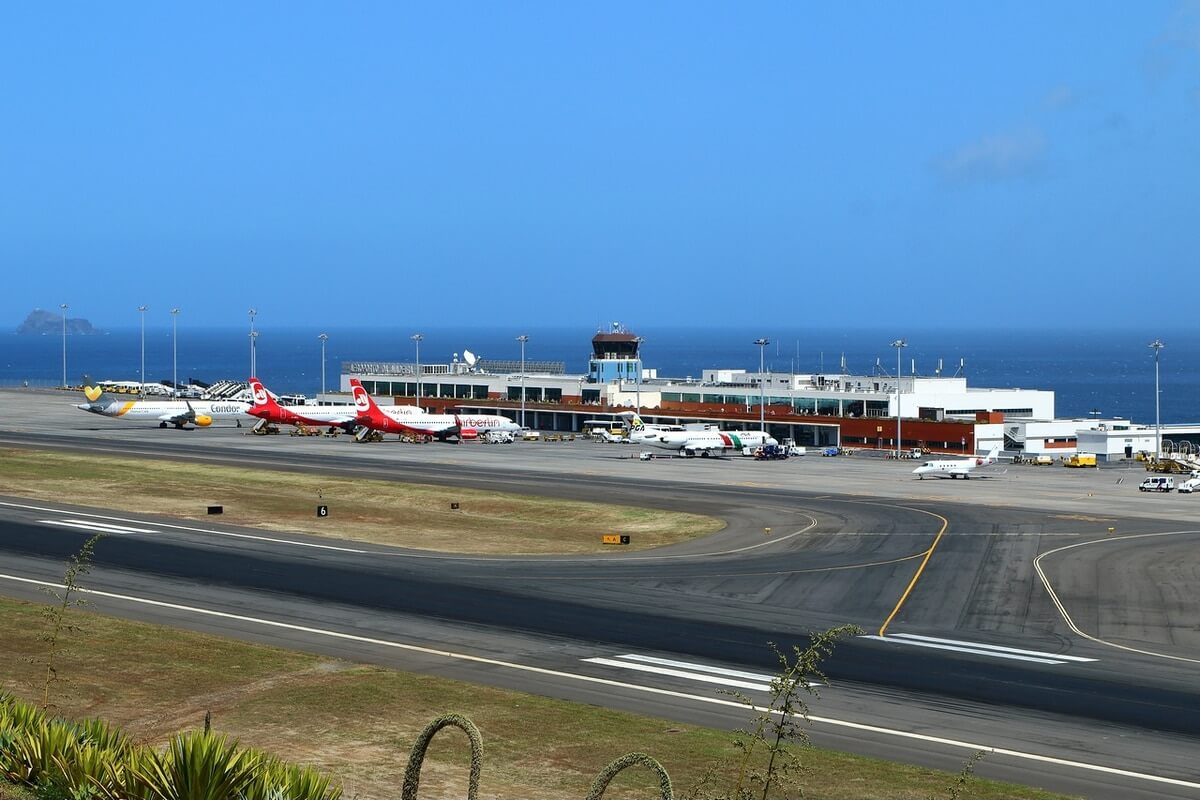 The airport was built in 1964, during which time it changed many names. In 2016, he was named after a famous Portuguese football player. Now the runway has a length of 2777 m, but this was not always the case. Previously, it was much shorter, because of which in 1977 a terrible tragedy occurred. During the landing, the pilot slightly miscalculated and the plane crashed into a mountain. 131 people was victim. A month later, another plane landed on the water, killing 36 people.

Now the runway has been lengthened, due to the reinforced concrete structure, so the danger of landing has been significantly reduced. 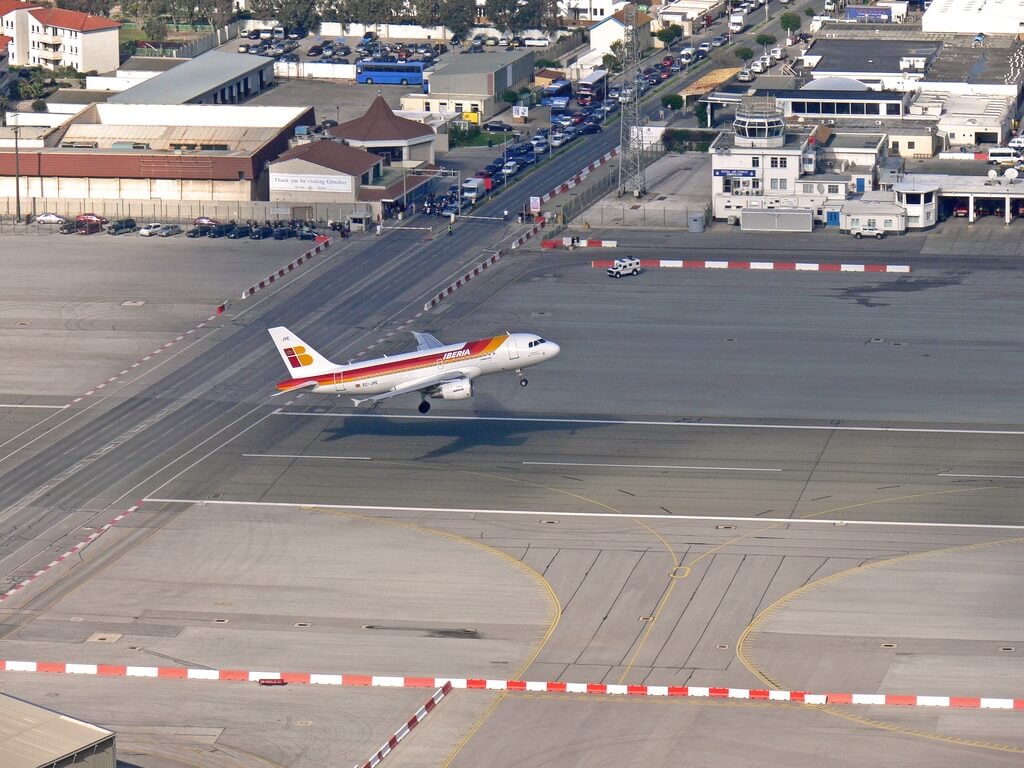 The Peninsula of Gibraltar is famous for its tiny size (6.5 km2). It turned out that organizing transport infrastructure in such conditions is not such a big problem. The runway goes into the sea for several hundred meters (embankment), and it also intersects with the highway.

During the takeoff and landing of air transport, cars and people stop moving. All this action is regulated by traffic lights. If for the inhabitants of the Peninsula, this phenomenon has long been commonplace, then guests of Gibraltar come to wild delight from the beautiful views of taking off Airliners. They can be enjoyed even from the window of a hotel room.

The airport was previously used only for military purposes, and since 2003, civil aviation has also received permission. If you have to fly to Gibraltar one day, don’t worry. Despite the difficult conditions, not a single tragic accident occurred during these 17 years. 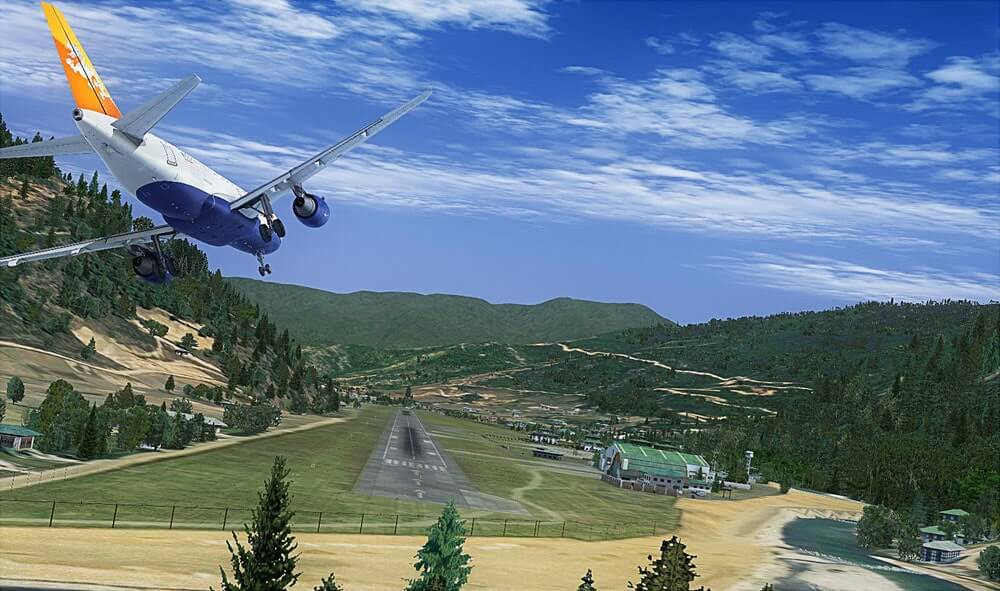 Bhutan is a mountainous country that can only be reached by plane. However, to do this, you will have to land at one of the most dangerous airports in the world – Paro. It is located in the mountains (2237 m above sea level). The terrain is too difficult – the airport is surrounded on all sides by the Himalayan mountains, their height reaches 5,500 m. Landing is carried out in extreme conditions – increased turbulence.

To get to the territory of the airfield, the plane is forced to maneuver between mountain ranges. Certain problems also arise when Airliners take off. Pilots must have a steel grip. It is not surprising that at the moment there are only 8 of them. Each pilot has received a certificate for the right to fly an airplane in mountainous terrain. 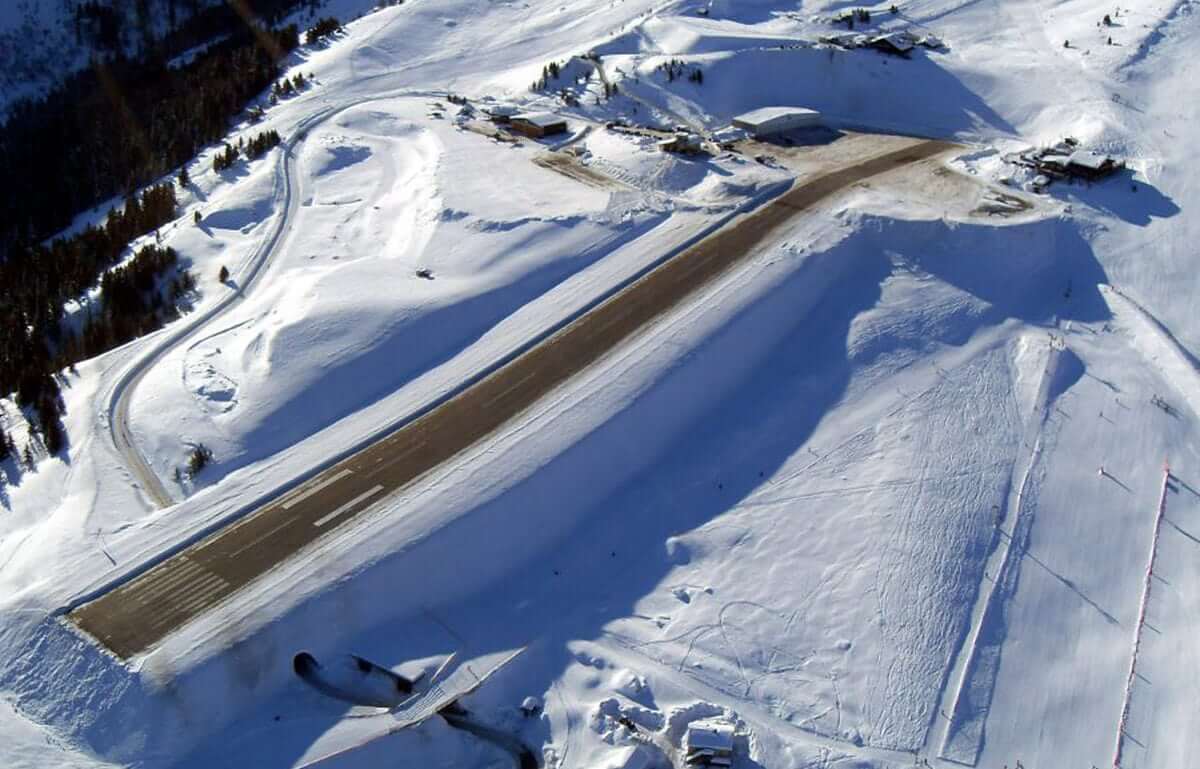 The airport serves one of the most famous French ski resorts. However, this is understandable, because they have the same name. Courchevel is located among mountains, 2000 m above sea level. This is not the main danger of the airfield. Much more frightening is the runway, which can only be handled by experienced pilots. It is known for its length-only 525 m and the angle of inclination (18.5°). The runway is not equipped with a course-glide system (according to instruments), so during fog landing becomes impossible. 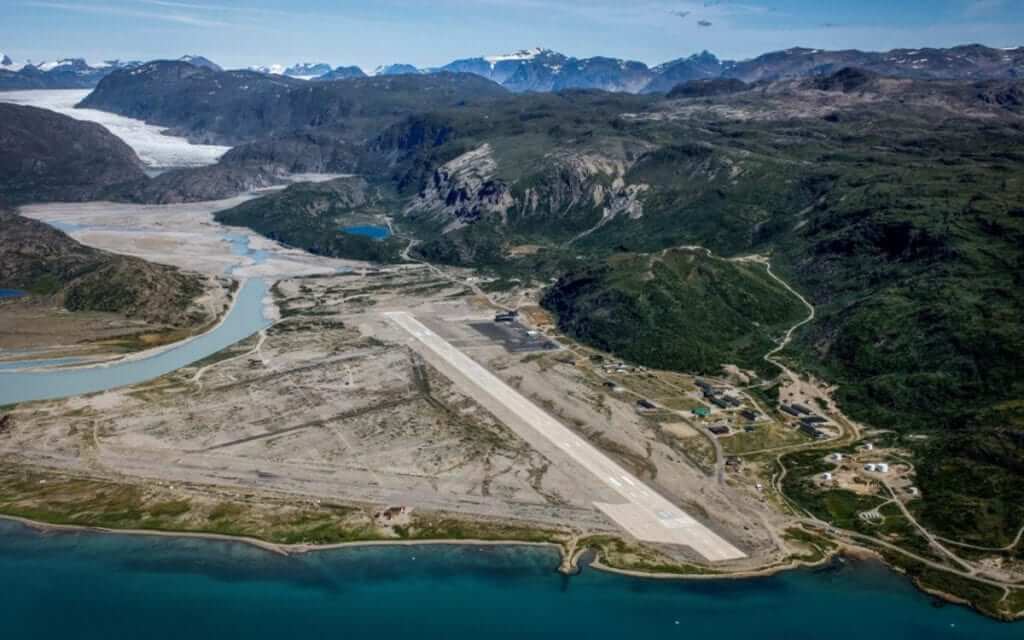 An airport with a rich history. It was built back in 1941, when it had a different status – an American military base. At the moment, it means a lot to the country, as it is the only international one in the South of Greenland. Narsarsuaq accepts large Airliners. The runway allows, because its length is 1850 m. However, some experts call it insufficient for aircraft of this level.

The airport serves as a transfer point. From here, passengers fly to their destinations, transferring to small planes.

There are a large number of fjords in the vicinity of the landing site. The climate conditions are also not favorable – there is increased turbulence.

More than once a conversation was raised about the unprofitability of Narsarsuaq. Recently, he has been experiencing serious financial difficulties. A site has already been chosen for the construction of a new airport, but it is still too early to talk about closing the “most dangerous” one. 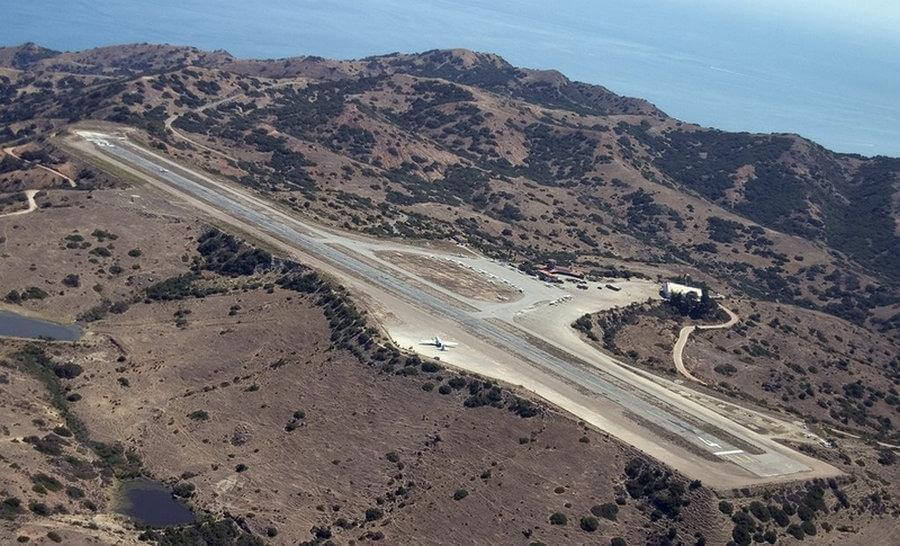 The airport has been operating since October 1994. It is located in the chamdo urban district. Bamda became the record holder for two criteria. First, it is the highest altitude airport. The highest point of the runway is 4334 meters above sea level. In such an environment, both people and equipment feel great discomfort.

The fact is that at an altitude of 4 km, the oxygen saturation of the air decreases, which affects the operation of the engines. Pilots are experiencing great difficulties. It is very difficult to lift a plane into the air in such conditions. The best solution for ensuring safety is to increase the length of the runway. From here, the second record is 5,500 m, which is the maximum length of the landing area among all civil airports in the country.

To avoid unpleasant situations in the air, the airport staff is selected very carefully. Preference is given only to experienced professionals.