Aggressive cats: Cats very often give the impression of being kind and affectionate animals. As soon as a person sees a cat curled up in a ball, they reach out to pet it. But instead of gratitude, it gets a paw on the hand. People forget that cats are predators. Even a pet can be severely maimed, despite its small size. Of course, the aggressiveness of a cat depends on various factors.

The biggest influence on its behavior is the breed of the animal. We present to your attention a list of the most aggressive cats. It includes both domesticated species and wild ones that people still hope to tame.

These are the 10 most aggressive cats 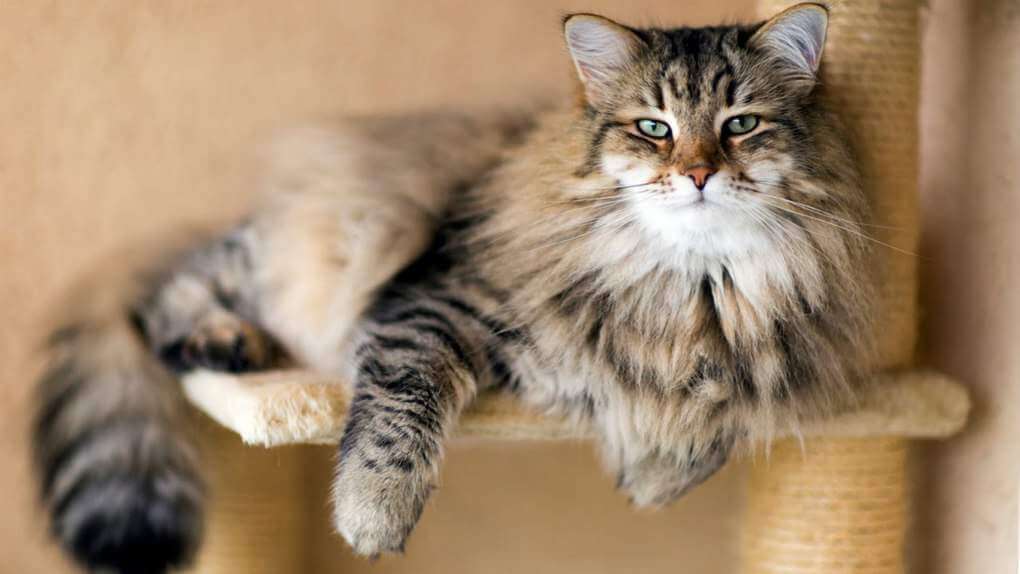 Siberian cats are excellent hunters. It is because of instinct that problems often occur. Small rodents will no longer appear in your home, but if you have your farm, it is better to choose a different breed. Siberian cats easily attack chickens and other small birds. They pose a threat even to rabbits.

Only one person is chosen as the owner, and the rest of the family will not have any authority over it. It is difficult to find an approach to such a cat, and nothing can be achieved from it by force and shouting. Cats weigh from 7 to 9 kilograms, cats are slightly smaller. Siberians are not very friendly with guests, they do not like strangers in the house. 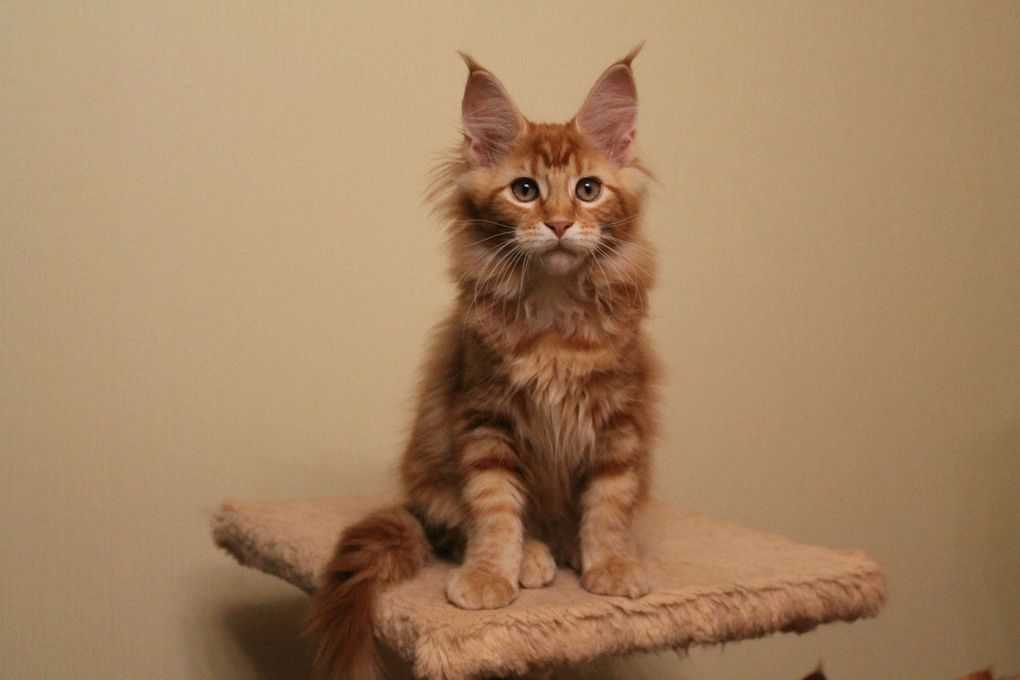 Maine Coons can be dangerous to humans, as they are very large. Their weight reaches 15 kilograms, but this is not the limit. If you make such a big cat angry, then you will not be able to avoid the sad consequences. Otherwise, their behavior is similar to that of ordinary cats. They also like to have fun and play.

If you do not deal with them, leave them constantly at home alone, then the cat will start to spoil things in the apartment. Maine Coons are very wary of strangers. If one of your guests does not like it, you will have to find a way out of the situation. Their mood is very changeable. 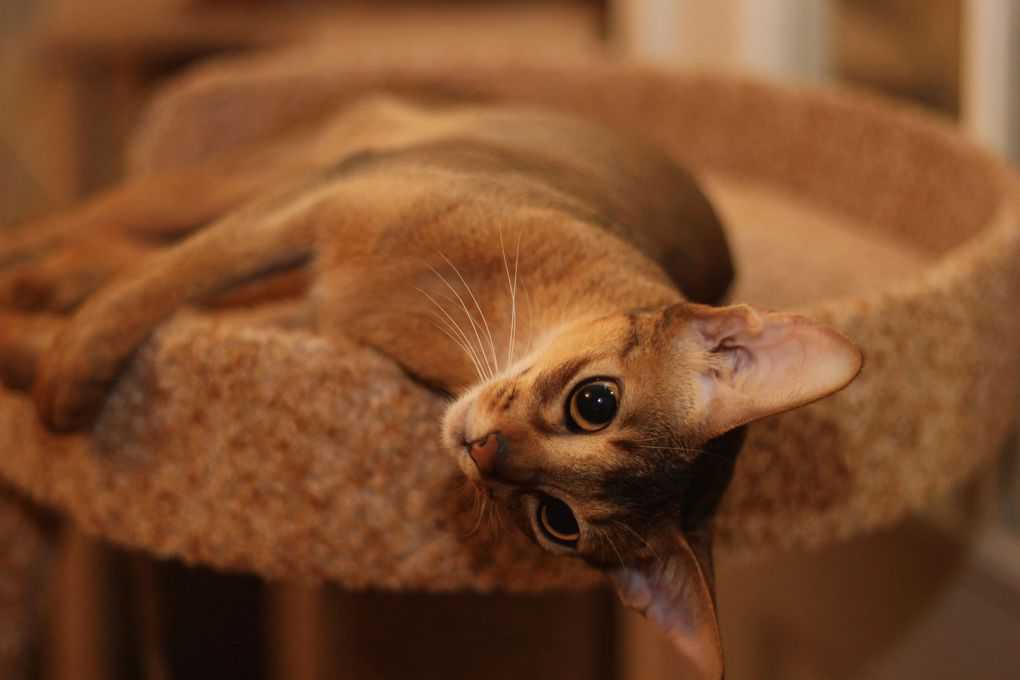 Cats of the Abyssinian breed, as well as Siamese, have a vindictive nature. They will not tolerate disrespectful treatment: shouting, slapping, dragging on their hands, caressing against their will. Aggression can be shown in case of dissatisfaction with something. They like to play, but after games, there are often consequences.

If you played with its owner, it will be scratched, if you play on your own, the situation in the apartment will suffer. Abyssinian cats are attentive, they have a high level of intelligence. They can easily be taught some tricks. The main thing is not to make the animal angry. The maximum weight of cats is 7 kilograms. 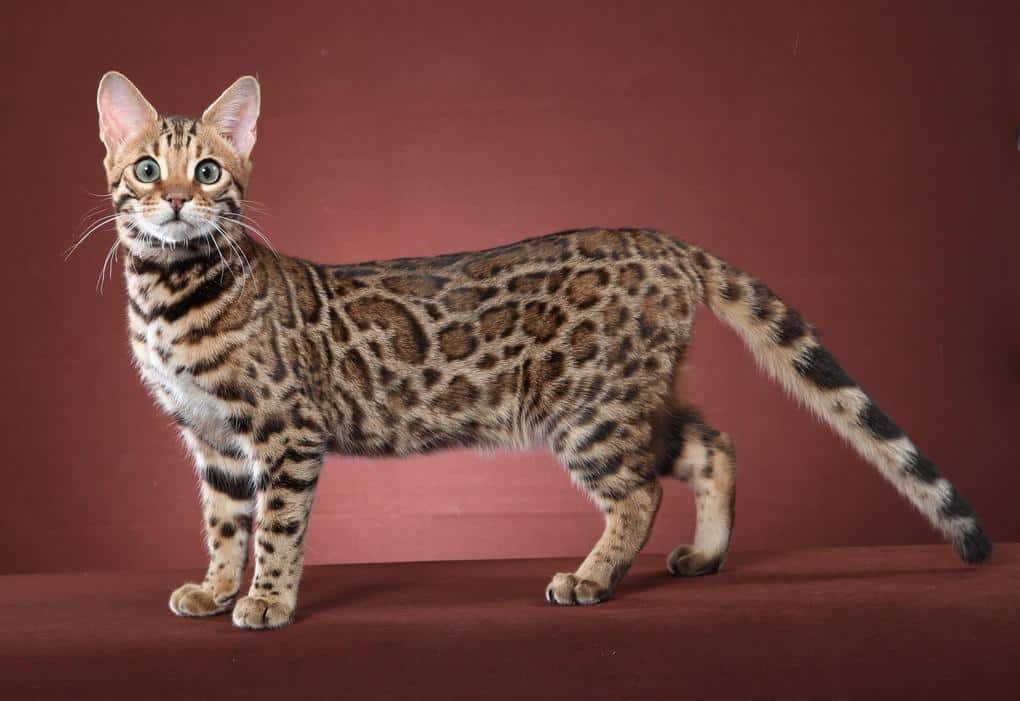 Bengal cats have an impulsive nature. They are good hunters, and will act as prey depends on the case. The cat should not be shouted at, it will not tolerate this either. It is not uncommon for Bengals to seriously injure their owners. This cat is suitable for people with strong character. But in no case should the animals will be suppressed. Just teach your cat proper behavior from a young age.

It needs attention, it needs to be played with more often. So it will satisfy its hunting instinct. Otherwise, the cat will hunt all moving objects, including the household. The weight of a Bengal cat rarely exceeds 6 kilograms. 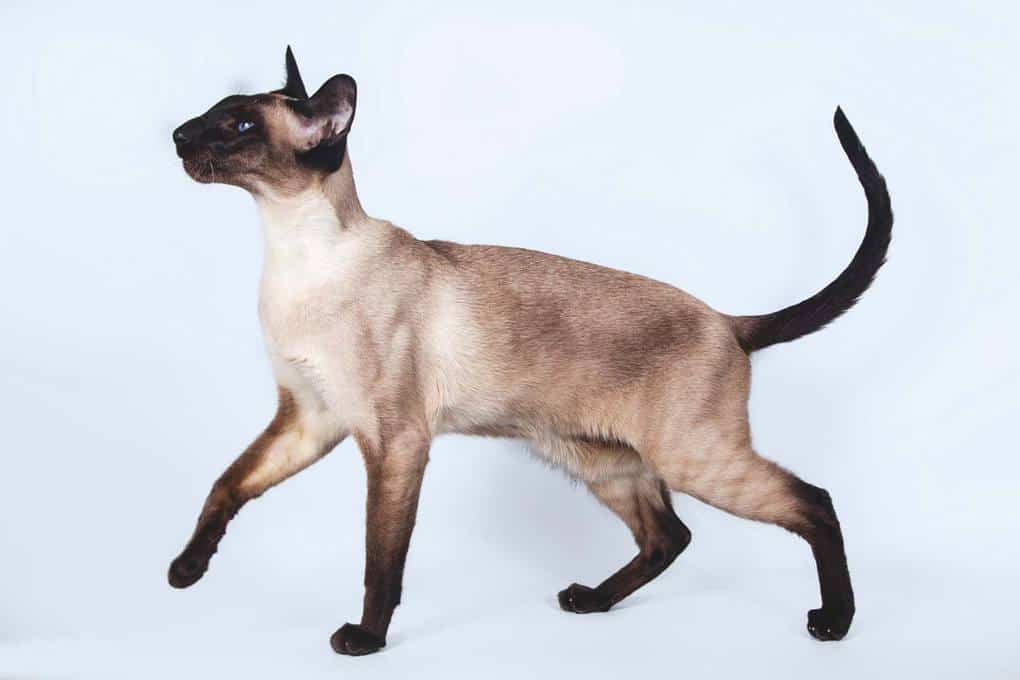 No one has not heard about the complex nature of Siamese cats. But cats are extremely intelligent animals, they will never attack just like that. Siamese cats are very vindictive. They will remember the offense, and at an unexpected moment, they will decide to take revenge. They do not tolerate obsession, harassment. Therefore, if you have small children in your family, it is better to choose a different breed. After all, children often grab animals by the tail, try to pick them up. The cat will not like it.

There is a well-known case when a Siamese cat attacked its owner at night. It was just taking revenge for the fact that a man had hit it earlier in the day. Everything worked out fine, but now the owner is more careful in handling the animal. Siamese cats do not exceed the size of ordinary ones, their weight reaches 5 kilograms. But despite its small size, the animal can be very dangerous. 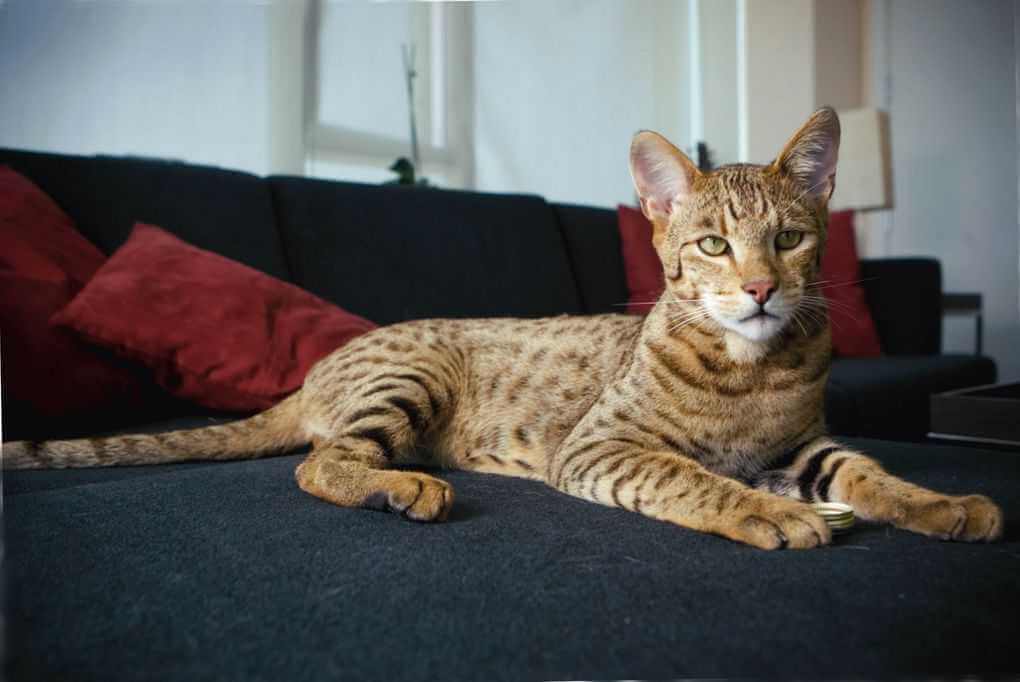 This is a very expensive and dangerous cat. It has a large body size, its weight reaches 15 kilograms. Savannah can become a loyal friend, but again, it all depends on their upbringing. They need to be studied from the very childhood. These animals are very playful, be careful during the game.

The cat has very strong paws, it can hit you or scratch you. The animal is quite aggressive. If it does not show aggression to the owner, then the surrounding people may well become its victim. But the savannah needs to be regularly walked. Also, this cat likes to jump. It simply won’t be able to live in the apartment, it will be cramped for it. 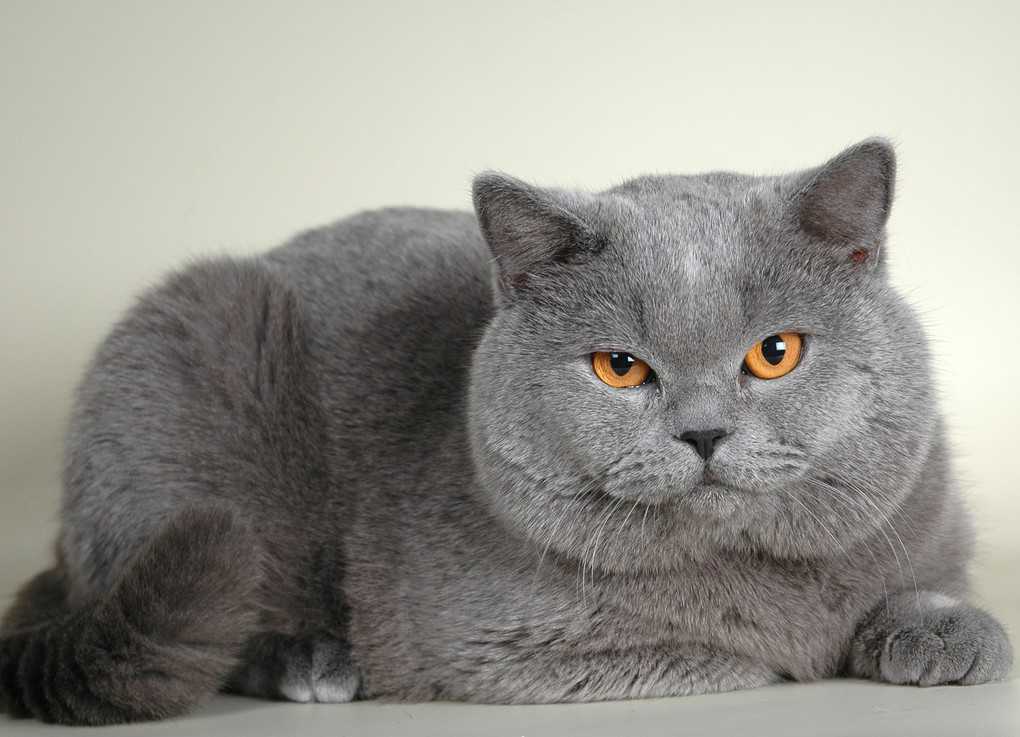 This breed has recently become very popular. But people have no idea what awaits them when they get a British Shorthair. The British Shorthairs are quite impressive in size, their weight reaches 8 kilograms. The cat is distinguished by its independence and pride. It does not like strangers, will not tolerate excessive intrusiveness.

The owner will have to earn the animal’s trust long and hard, communicate with it, play with it, and take care of it. British Shorthair cats don’t like to sit on their hands. Therefore, if you have a British cat in your house, warn your guests about its wayward nature, otherwise, the consequences can be sad. 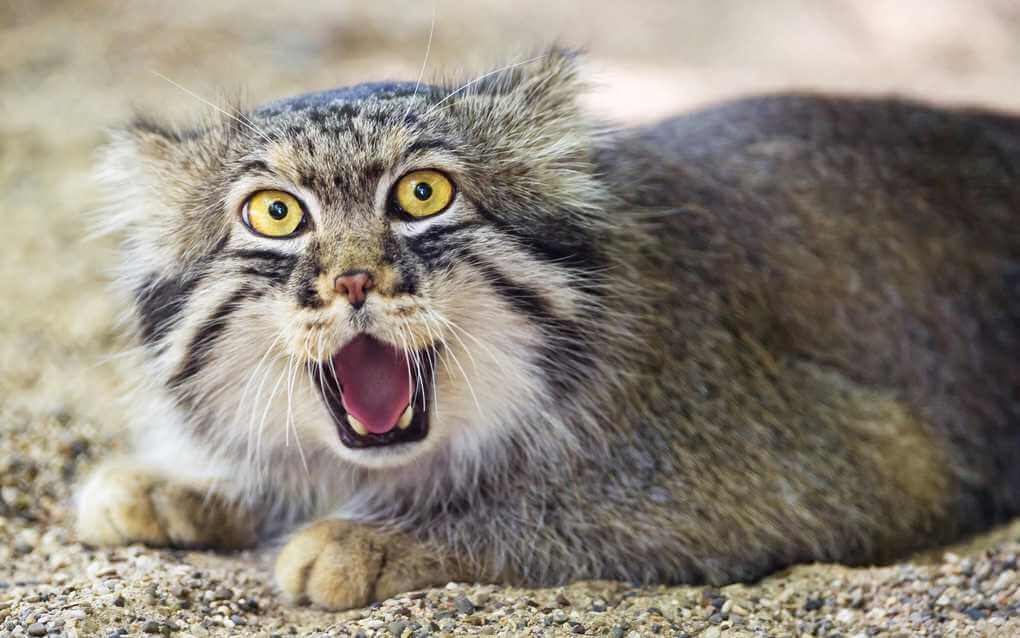 Cats of this breed are small in size, their weight usually does not exceed 5 kilograms. But you should not relax, despite their small size, Pallas’s cat or manuls have a very complex, indomitable, and sullen character. Even proper education will not help here, these animals are not amenable to training. Aggression can be caused by anything: unpleasant sensations or pain, fighting for territory, and even fright.

Do not expect to tame the manul, even after many years, it will still avoid you. Even the fact that you feed it regularly won’t help. Make no mistake, the animal does not feel grateful to you at all. There are many cases when people, unable to cope with such a character, handed over an animal to the zoo. 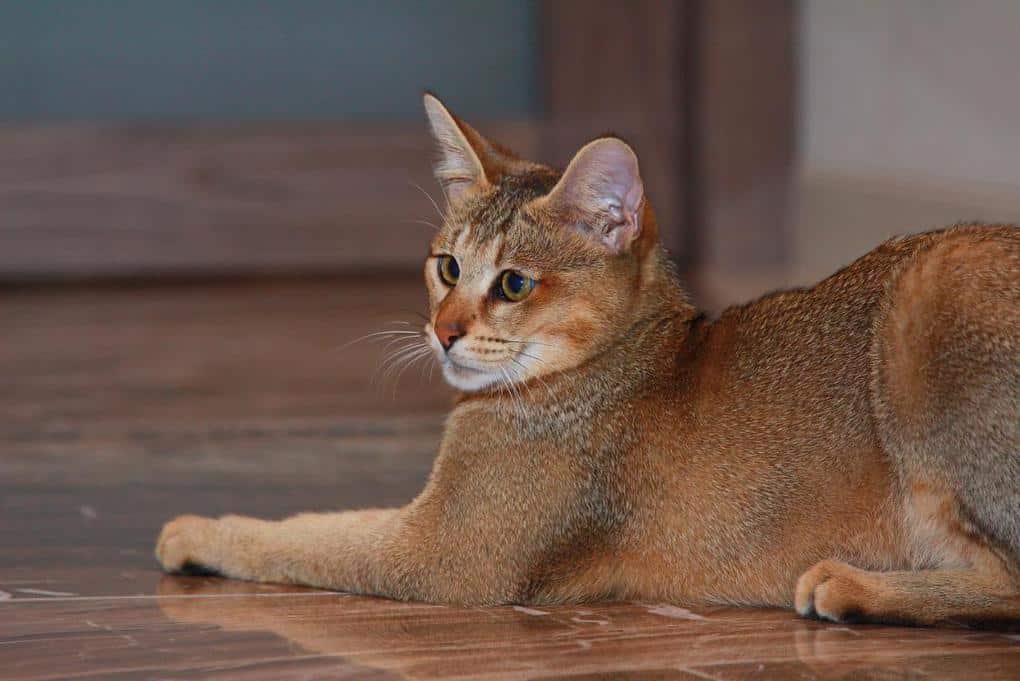 The descendants of the Chausie are reed cats. Accordingly, representatives of this breed also do not have a soft disposition. These cats are very expensive, and not everyone can afford them. But it’s not even about money, to get such an animal at home, you need to meet very serious requirements.

The cat is taught good behavior from childhood, it is forbidden to bite and show aggression. Do not allow the kitten to play with your hands or feet. You may find it funny right now, but when an adult weighing 15 kilograms wants to play with you, such thoughts will not occur to you. If the owners are not engaged in raising a cat, it will become aggressive and dangerous to others. 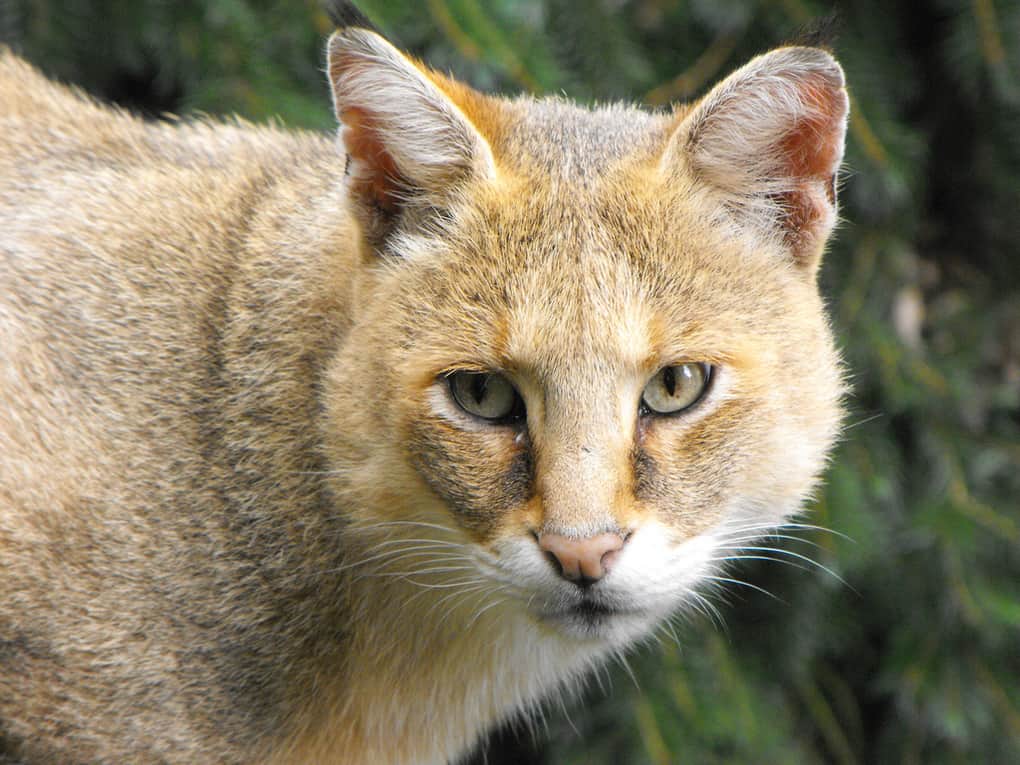 A Jungle cat or reed cat should only be taken at a young age. Then there is at least the slightest chance of taming it. It is quite large, its weight reaches 15 kilograms, but this does not stop exotic lovers. A reed cat should be chosen when you are sure that you will provide it with attention. If the animal is constantly alone, it will start to run wild. In this case, the owner will have a hard time, because a huge cat can cause severe damage.

It is better not to tempt fate, and get yourself an ordinary kitten. In addition, the reed cat requires care. At least twice a week it should be taken outside, the animal needs long walks. It likes to swim, which is not easy to arrange in an apartment. Choose a different breed if you have small children in your family.