10 foods that are dangerous for cats

The cat’s diet should be balanced. Then it will live a long life, be healthy, cheerful, and full of energy. A veterinarian will help you choose high-quality foods.

But if you feed your pet food from your table, try to give it only healthy food. Animals should not be fed dishes that contain seasonings and spices. Do not give them all flour and baked goods, as well as sweets. Fried foods, salted and pickled are harmful to cats. What else should you exclude from your pet’s diet? 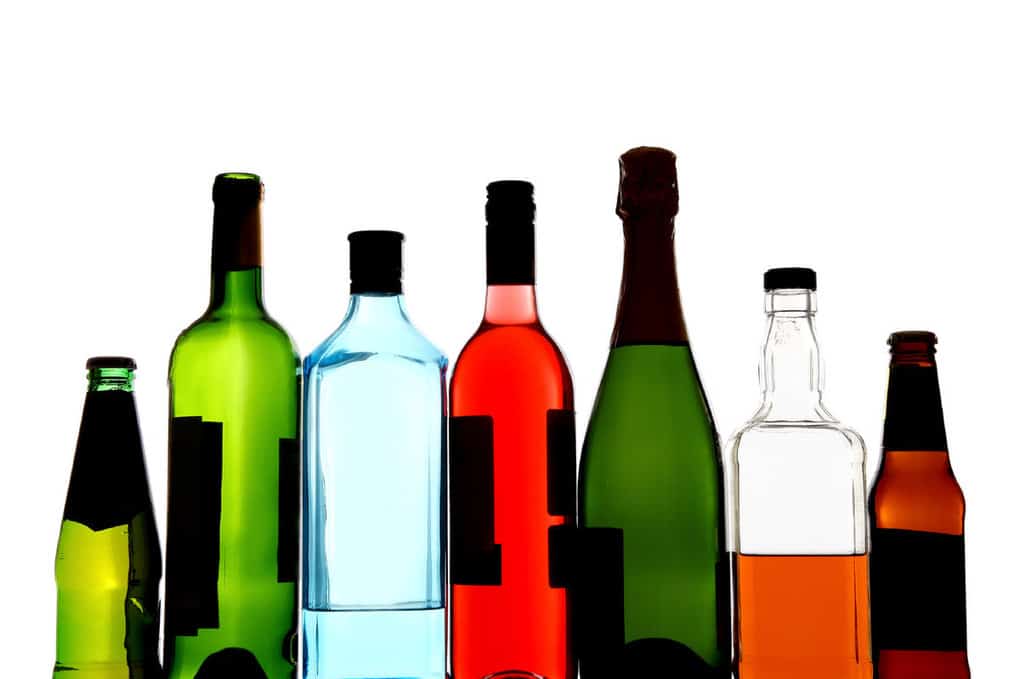 Even children know that alcoholic beverages are harmful. This applies not only to people but also to animals. If the cat tries wine or beer, it will have severe intoxication, alcohol poisoning.

The human body easily copes with the consequences of alcohol intake, but it can cause irreparable harm to the cat. It is much smaller than its owner, so alcohol affects it several times more strongly.

Never treat your cat to drinks that contain alcohol. And make sure that a curious animal does not get into a mug of beer or a glass of wine. 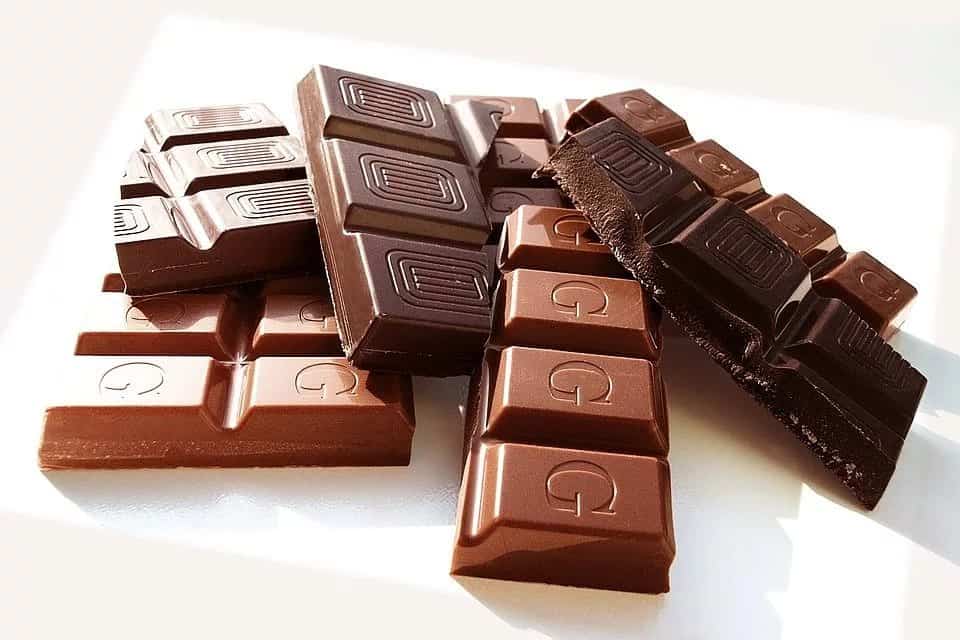 One of the most common causes of animal poisoning is chocolate. Many owners treat their pets to sweets or a bar of chocolate, not suspecting that they are doing serious harm to them.

Dark chocolate is especially dangerous. It contains a lot of theobromine, and for an animal, it is a poison. Each pet reacts to it in its way, for some even a small dose is fatal.

If theobromine has entered the animal’s body, the frequency of heart muscle contraction increases, vomiting and diarrhea appear, and the cat quickly loses fluid. By affecting the nervous system, it causes convulsions, seizures, and death. If you are sure that the cat has eaten chocolate, you should immediately take it to the clinic, even if it feels well. The consequences of poisoning may not appear immediately. 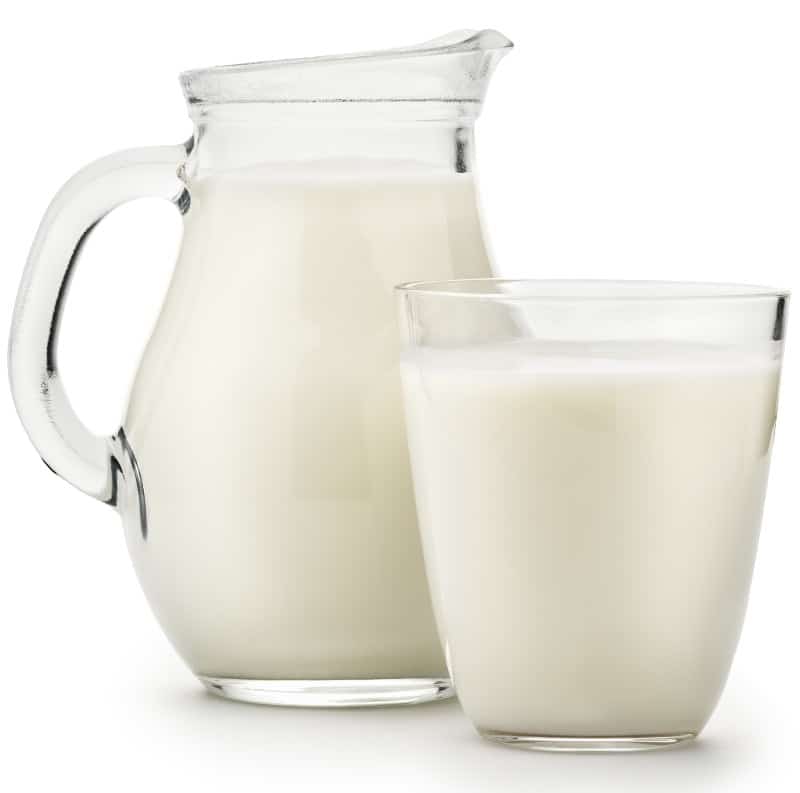 Each cat has an individual reaction to milk. After treating your pet to cream, you need to watch how its body reacts to this delicacy. Some animals may be lactose intolerant or allergic to casein.

To break down disaccharides, the body produces a special enzyme, lactase. This happens immediately after the birth of a kitten that needs to digest its mother’s milk. But over time, when the cat switches to solid food, the production of lactase either stops or decreases.

Some cats, even as adults, can drink milk without consequences. And others should not be given it, because this will lead to dysbiosis, i.e. vomiting, diarrhea or constipation will appear. You can determine this by observing the pet’s health status after drinking milk. But, even if it tolerates it well, the amount of milk should be limited, and the cream should first be diluted with water. 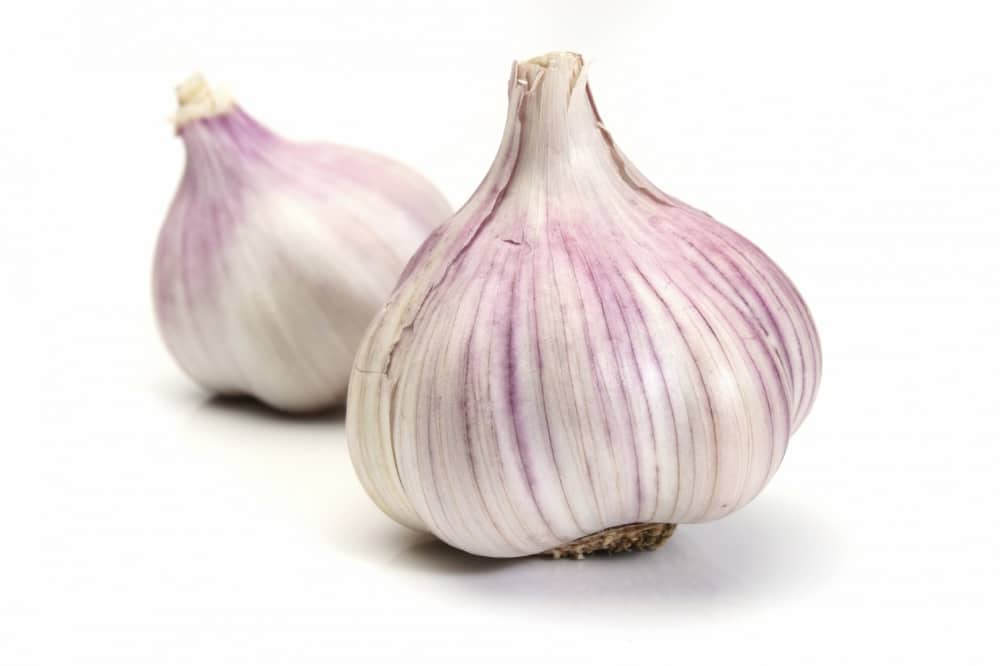 Usually, the smell of garlic makes cats disgusted. They do not tolerate pungent odors. And this is good because garlic is harmful to them. It contains the same substances that are dangerous for pets as onions, but in a more concentrated form, so it is more dangerous.

If your cat suddenly shows interest in this vegetable, it should be hidden. And never treat cats to dishes that contain garlic, such as minced meat. 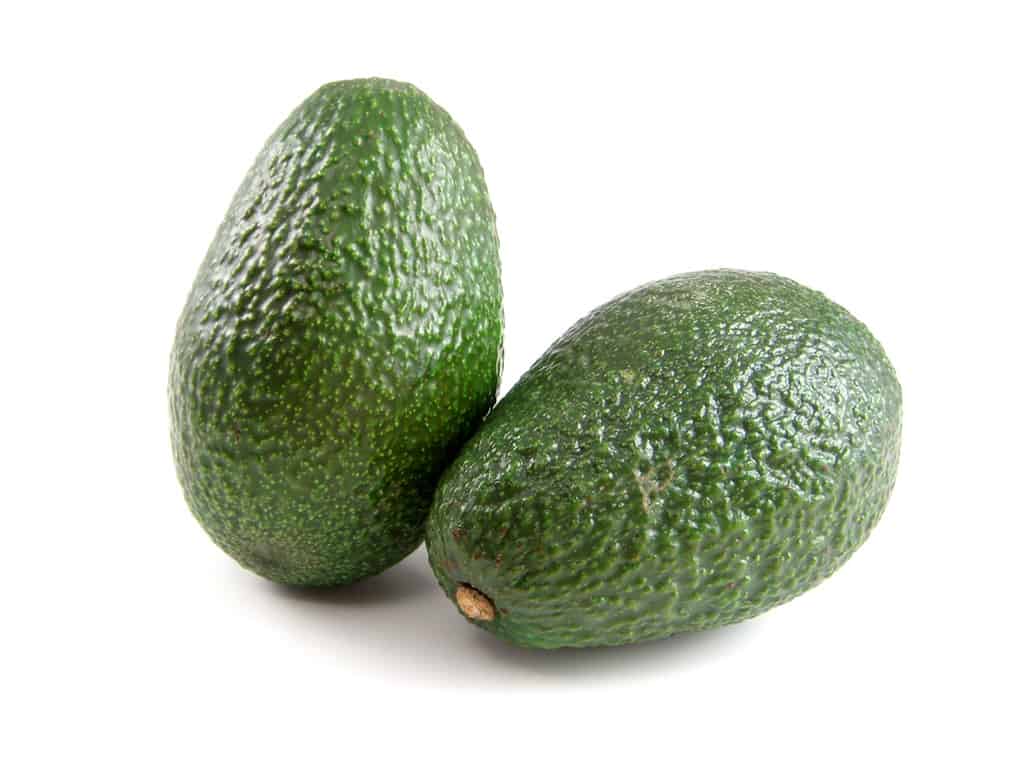 Avocado from the laurel family, some species of which can be dangerous for humans. And the fruit itself should be kept as far away from cats and other animals as possible. And this applies not only to the pulp of the fruit but also to its bones.

In Germany, birds often died after their owners put a stone of this fruit in a cage so that they could sharpen their beak on it.

Do you like avocados? Throw the bones out of the reach of cats. If your pet plays out, tries a bone on the tooth, the cat may die.

The skin of the fruit is also dangerous for cats. Avocados contain persin, which is a cat poison. Cat’s health will sharply worsen: there will be problems with breathing and heart, with the gastrointestinal tract. Such poisoning can lead to the death of the animal. 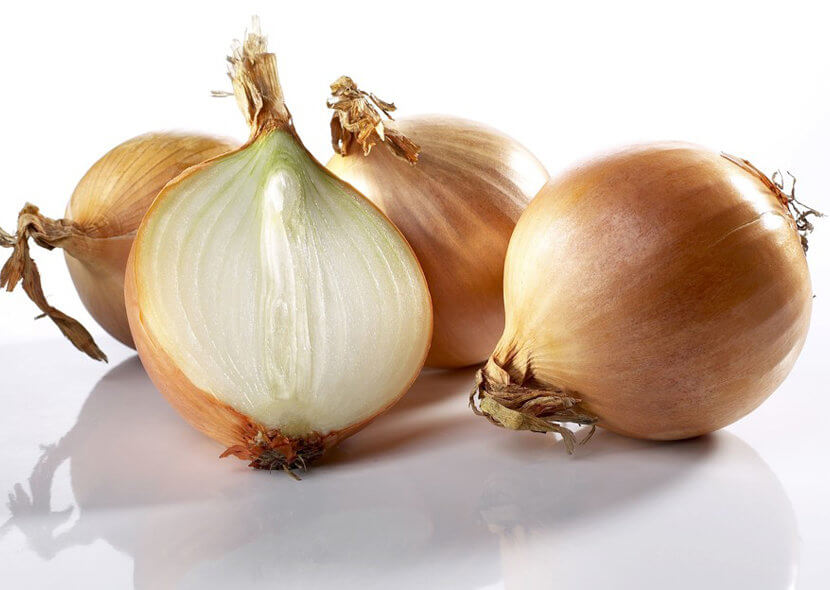 Onions are in every home. It is put in many dishes, eaten raw because it is very useful. But only for people. Cats can not eat onions, as well as any products that contain it.

If you want to treat your pet to semi-finished products or canned food, make sure that they do not contain this vegetable. Onions contain disulfides and sulfoxides. If they get into the body of cats, they will begin to destroy red blood cells. Because of this, the animal may develop anemia. 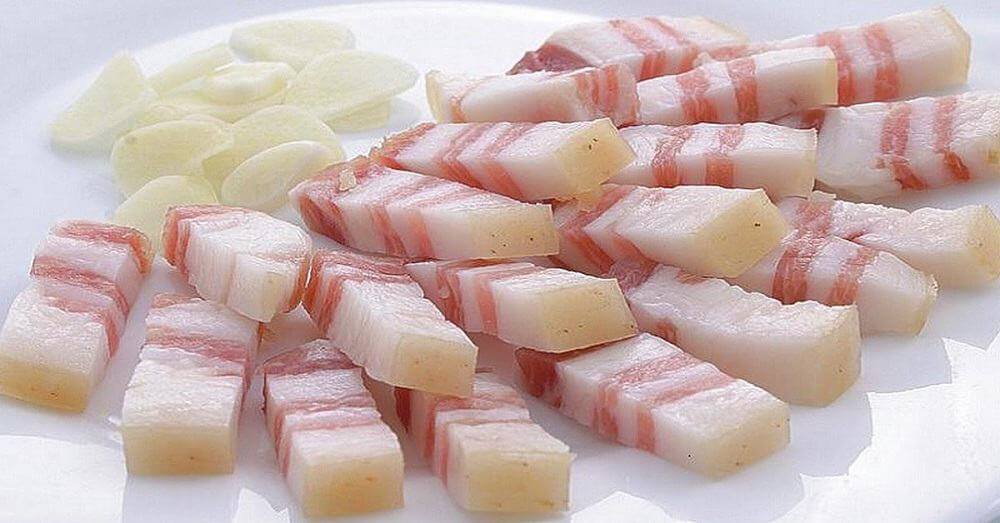 Do not give the cat fat, steak with fat streaks, and other similar treats. They are contraindicated in such products. After using them, the pet will have serious stomach problems. Cat will suffer from diarrhea and vomiting. 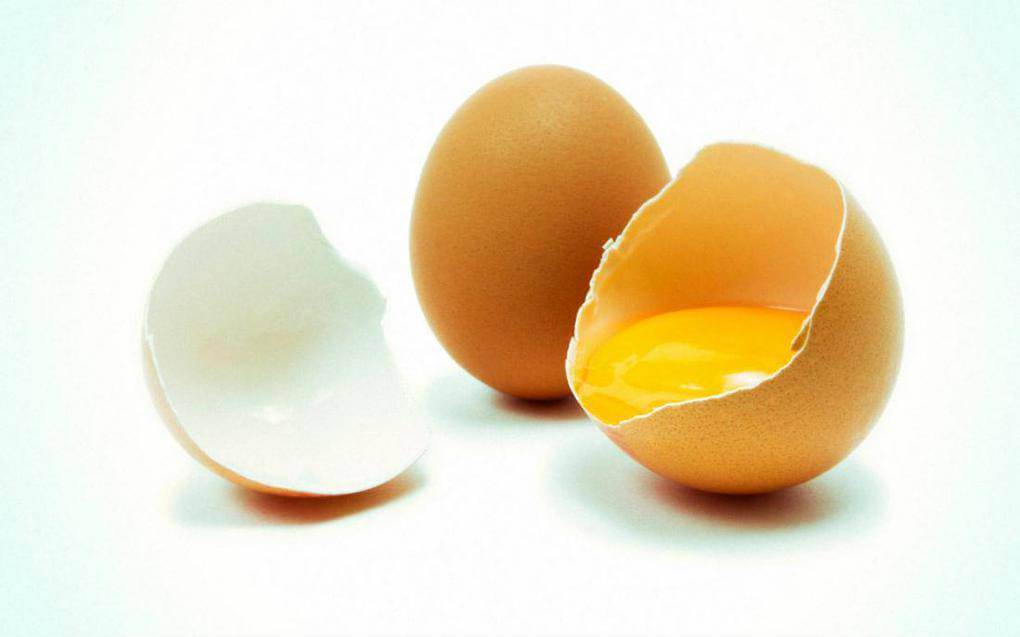 Do not eat raw eggs not only for cats but also for their owners. They may contain E. coli or salmonella. After such a treat with a “surprise”, you will have to be treated for a long time, which can lead to serious health problems.

Those who keep their poultry, and are one hundred percent sure that eggs are safe, also should not feed their pets raw food. There is avidin in the egg. It prevents the cat’s body from absorbing vitamin B, which it needs. 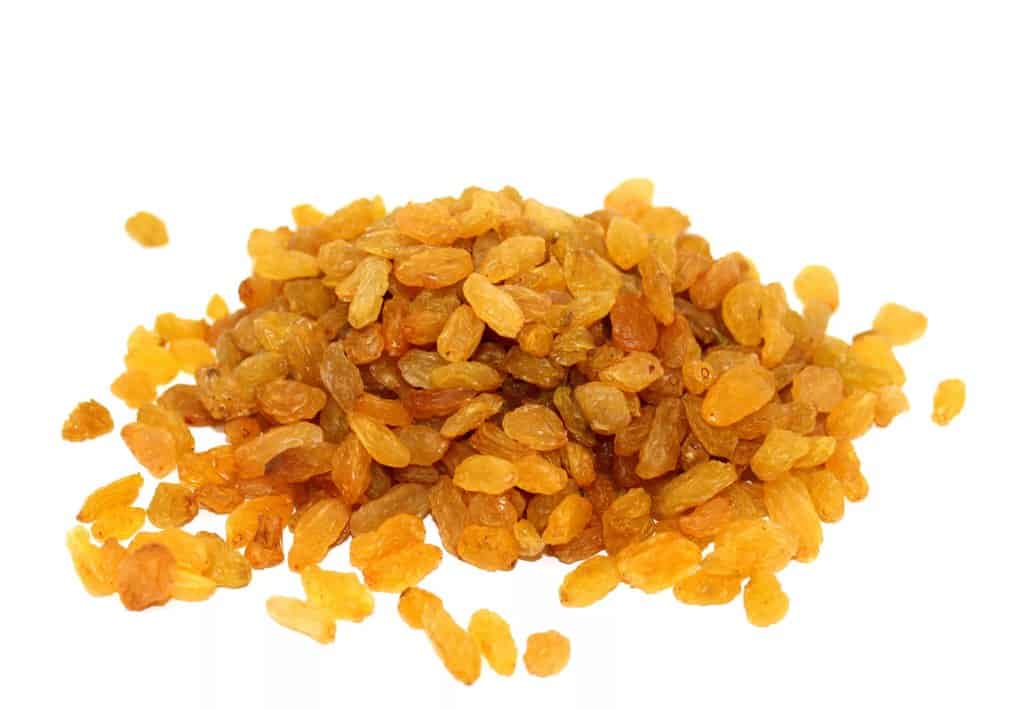 No matter how much your pet asks you to treat it to grapes or raisins, don’t go along with it. For humans, this product is safe and even useful, but it is contraindicated for cats.

If you overfeed the cat with raisins, the cat may develop acute liver failure in a short time. Within a day after the cat has eaten the raisins, it will have diarrhea.

The cat will become lethargic and apathetic, and her appetite will disappear. As soon as these symptoms appear, you need to take her to the vet. It is worth telling the doctor that you overlooked, and the cat ate raisins. 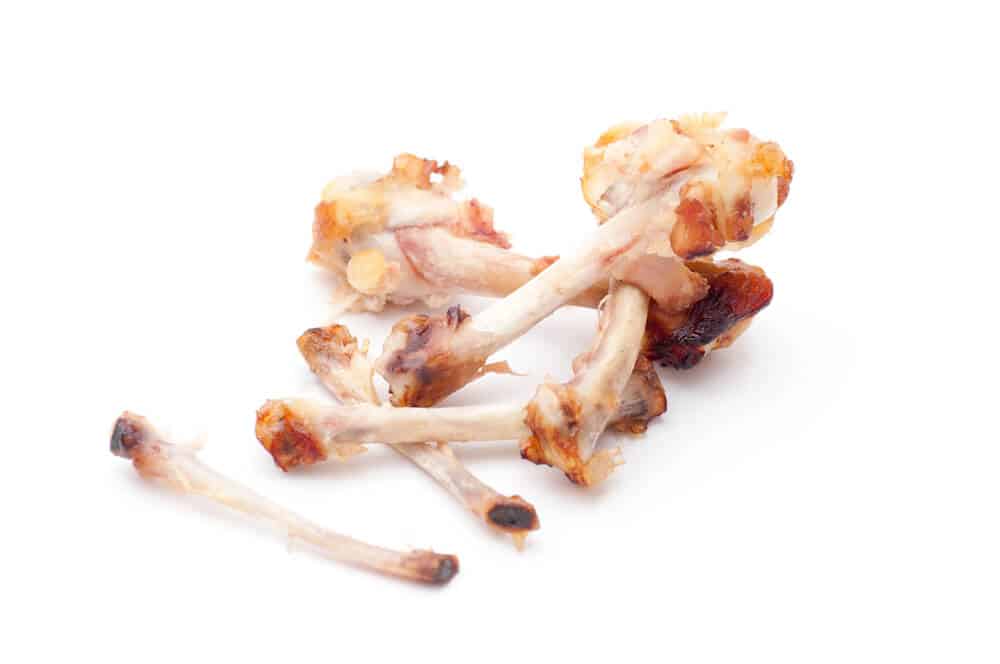 Veterinarians warn that cats should not be fed chicken bones, especially tubular ones. They are dangerous for an animal of any age, but kittens and elderly animals suffer more from such food than others. The first teeth are very small, it is difficult for them to grind the bones. And the second teeth are either missing or have become not so sharp.

Bones are poorly digested by the cat’s gastrointestinal tract and can cause many diseases. The tubular bone that the cat has chewed and swallowed breaks along with its tissue, so it is very sharp. When it enters the intestines, it can damage them. The animal will suffer from severe pain. In addition, you can choke on a bone.