Endangered animals: People are so carried away by the world of gadgets and high technologies that they completely forgot about animals, lost interest in the diversity of flora and fauna. In the meantime, it turned out that many animals are on the verge of survival, despite protective measures, being listed in the Red Books of various countries and other ways to preserve the species on our planet.

From history, you may remember that some animals have already become extinct in the wild (including due to human economic and poaching activities). We do not want this list to be replenished over the years, so we will responsibly treat nature and smaller creatures.

Today we are publishing a list of 10 animals that have already approached the extinction line and require the attention of the public and states to preserve their population.

These are the 10 endangered animals that may soon become extinct 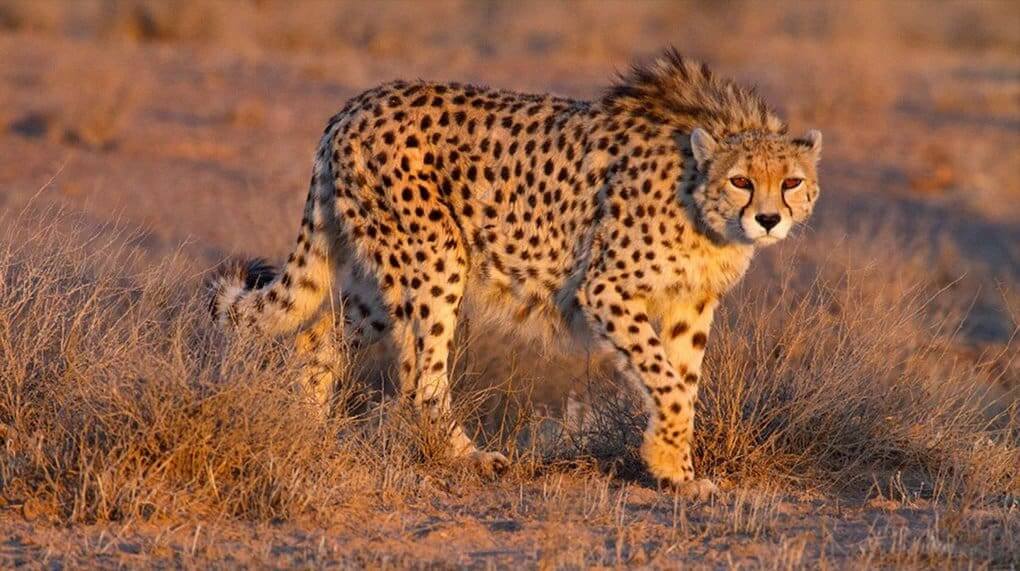 A couple of centuries ago, there were plenty of animals of this species. In India, they began to actively hunt until complete extinction. In the 19th and 20th centuries, the cheetah began to lose its habitat due to active agricultural activities, the construction of tracks with active traffic, and the thoughtless laying of mines in the fields.

At the moment, the animal lives exclusively in Iran – only 50 representatives remain in the country. The Iranian government is doing its best to preserve the species, but subsidies and financial assistance for this event have been significantly reduced. 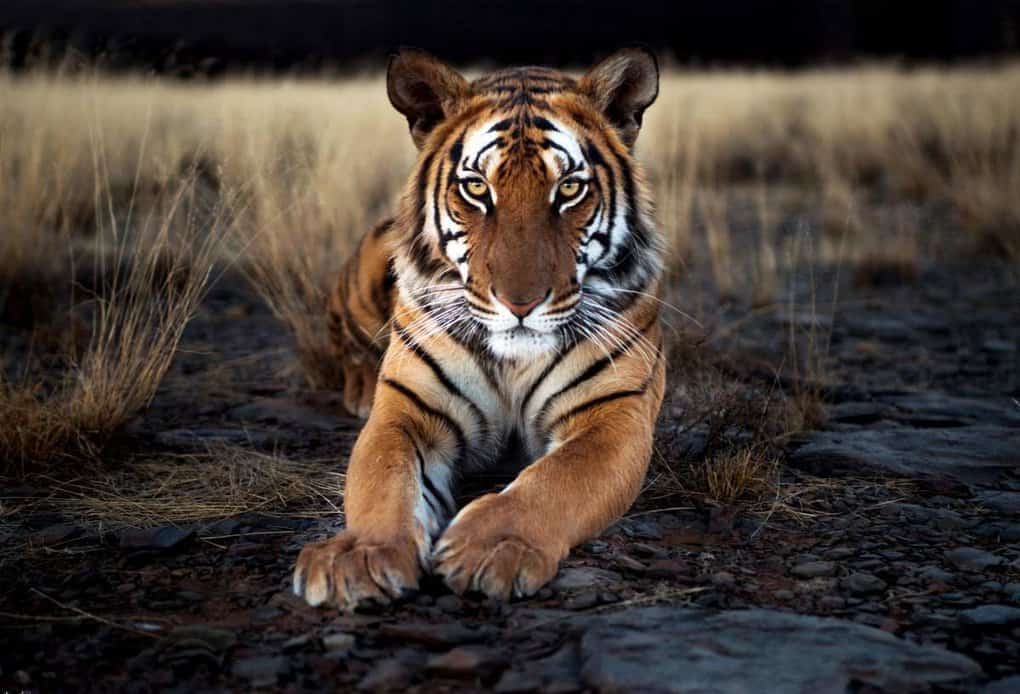 This species of tiger is considered the main, so to speak, the ancestor of the whole species. There are only 24 such tigers left on the planet at the moment – deforestation and shooting to protect livestock have drastically reduced the population.

All surviving individuals live in captivity on the territory of the reserve. Over the past 20 years, there has been no information that South China tigers could survive in the wild. 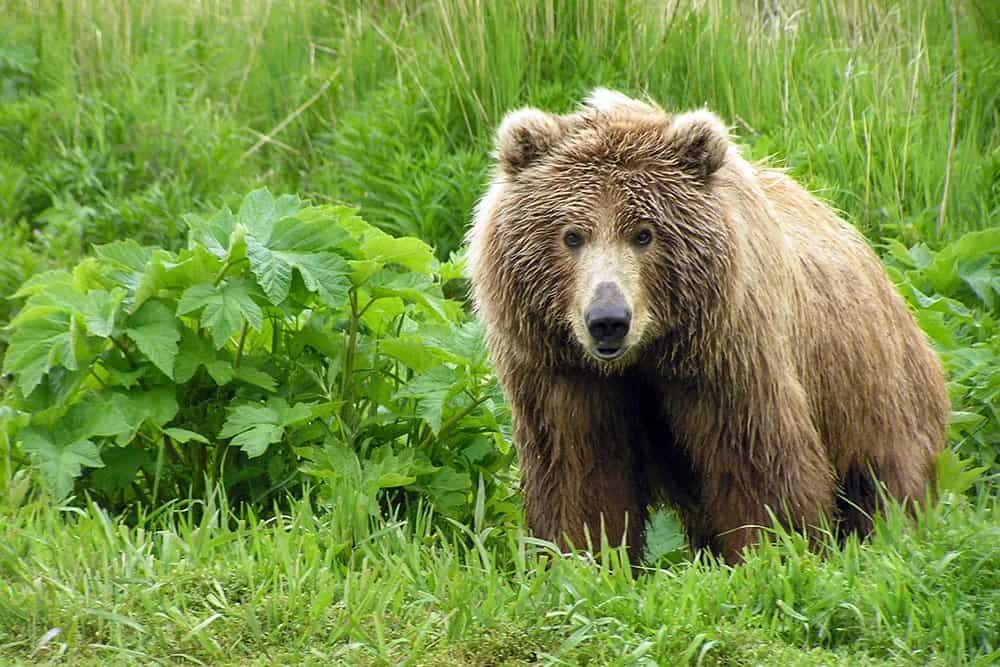 These representatives are a subspecies of the brown bear. They live in the Apennine mountains in Italy. A couple of centuries ago, there were several hundred such bears on the planet, but as a result of a conflict with local business executives, their mass shooting began.

Now only 50 bears are left alive, which came under the protection of the government of the country. The authorities are trying to mark and tag the animals so that they can be tracked and observed. Such attempts lead to disastrous consequences – from the radio collars, the bear may experience breathing problems. 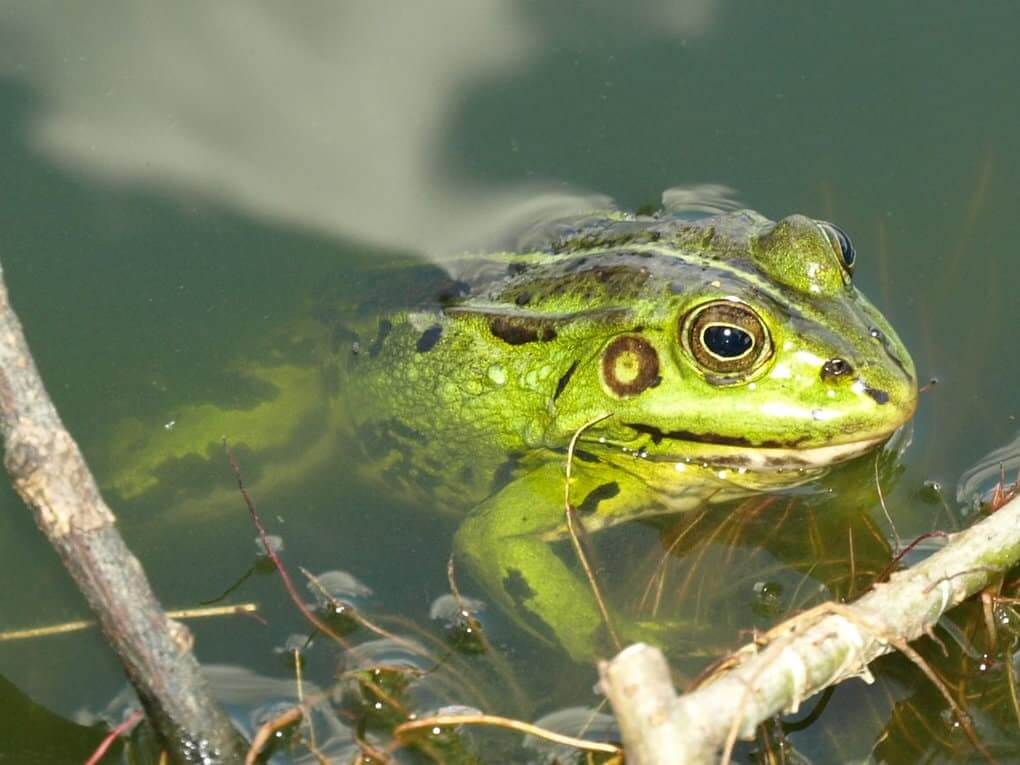 A unique frog lives in the cloud forests of Bolivia but has been on the verge of extinction due to deteriorating habitat conditions (climate change, natural pollution), as well as a deadly disease (fungus). Local trout feed on the eggs of this rare frog.

These factors led to the fact that only 6 frogs of the species remained in the world: 3 males and 3 females. Let’s hope that these “slippery” couples will be able to quickly make babies and increase their population. 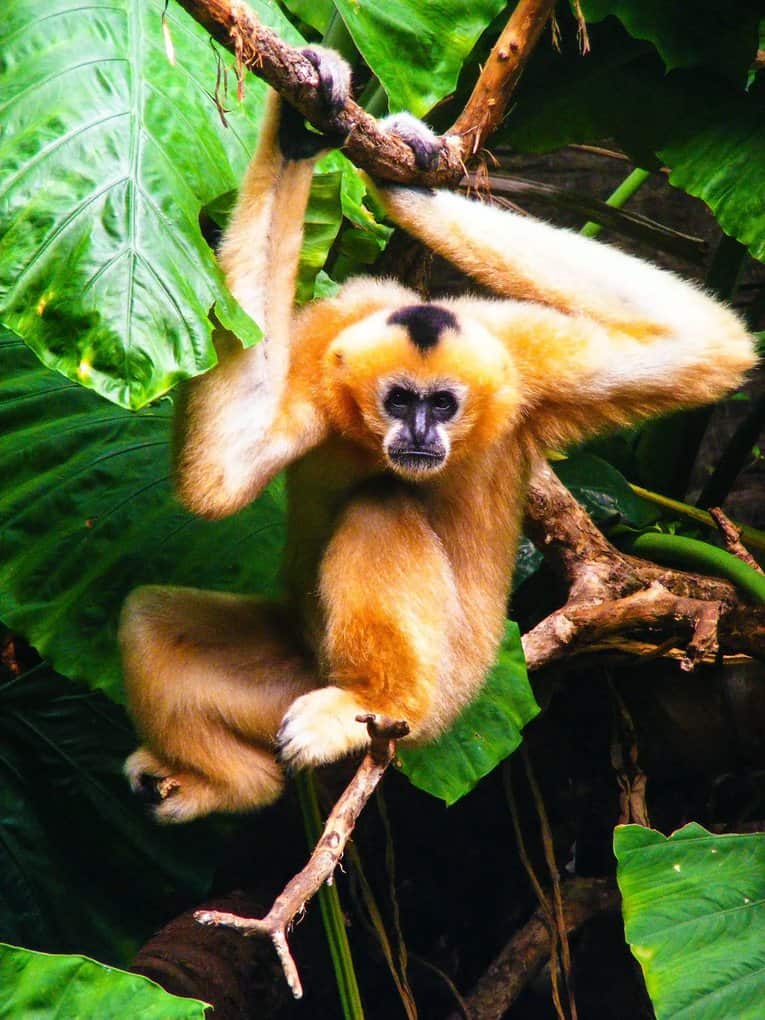 One of the rarest primates on the planet, because in the wild there are only 25 gibbons of the species that huddle in a small area (two square km) in a nature reserve on the island of Hainan.

Deforestation and deterioration of living conditions, as well as poaching, led to a decrease in the number, because the meat of these gibbons was eaten, and some gibbons were kept as pets.

As a result of the loss of the species, interrelated reproduction began, which negatively affected the state of health. That is, almost all surviving Hainan gibbons are relatives. 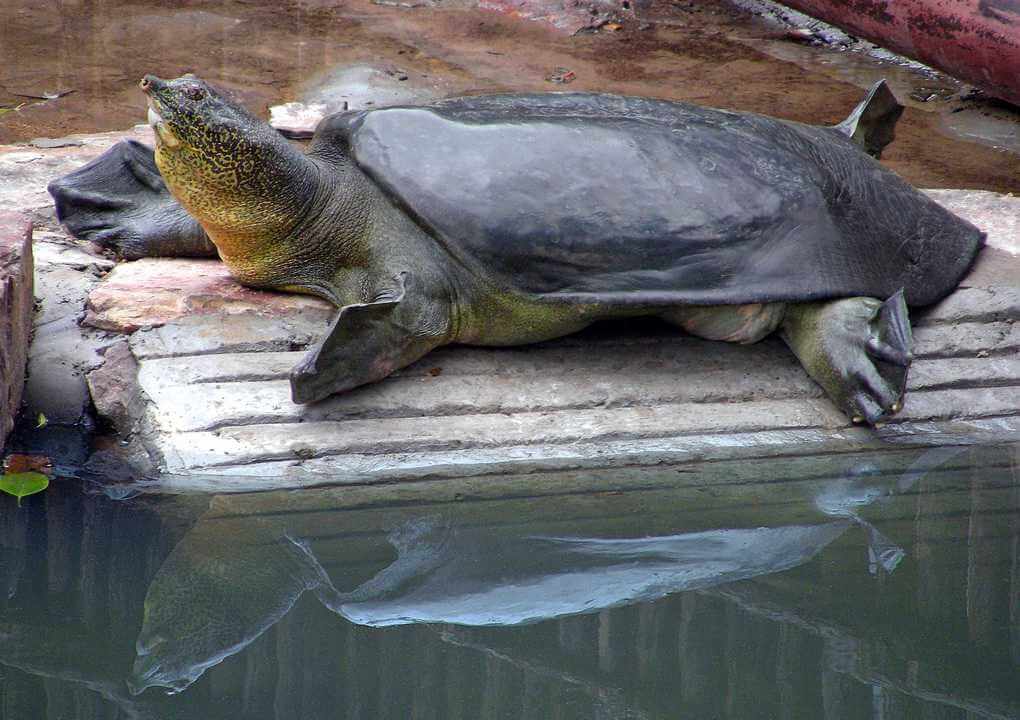 Yangtze giant softshell turtles live only in China (Red River region), and also partially in Vietnam. Rapidly growing cities and dams destroyed the houses where the soft-bodied turtle lived. Two years ago, only 3 representatives of the species remained in the world. The male and female live in the Suzhou Zoo, and the wild representative lives in Vietnam in the lake.

Poaching also contributed to the destruction of turtles – eggs, skin, and meat of these reptiles were considered valuable. Residents of the Red River area claim to have seen a couple more representatives of the species. 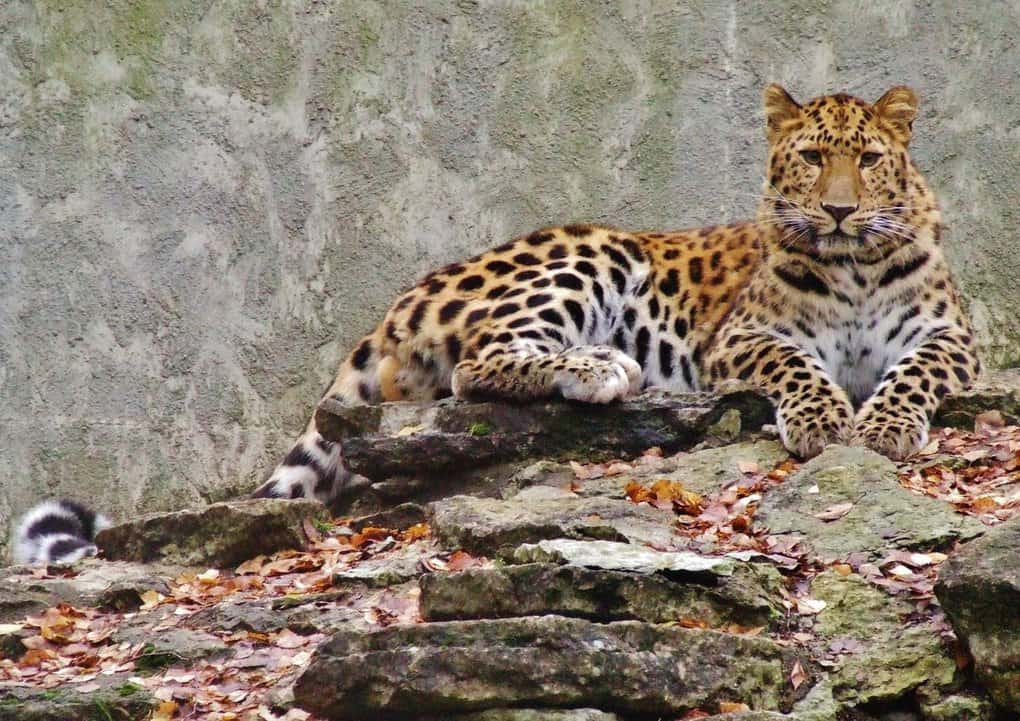 Recently, there has been an unpleasant trend of reducing the number of several species of leopards at once. They are destroyed by people, finding a threat to their lives, as well as poachers for the sake of luxurious fur. Deforestation and economic activity in the habitat have led to the extinction of the Amur leopards, of which only 6 dozen remain in the wild.

They live in the National Park of Leopards – an artificially created protected area in Russia. Despite protecting the species from the human threat, they are still threatened by other members of the animal kingdom, such as the larger Siberian tiger. Catching a leopard to move to the National Park is not easy, because they are elusive. 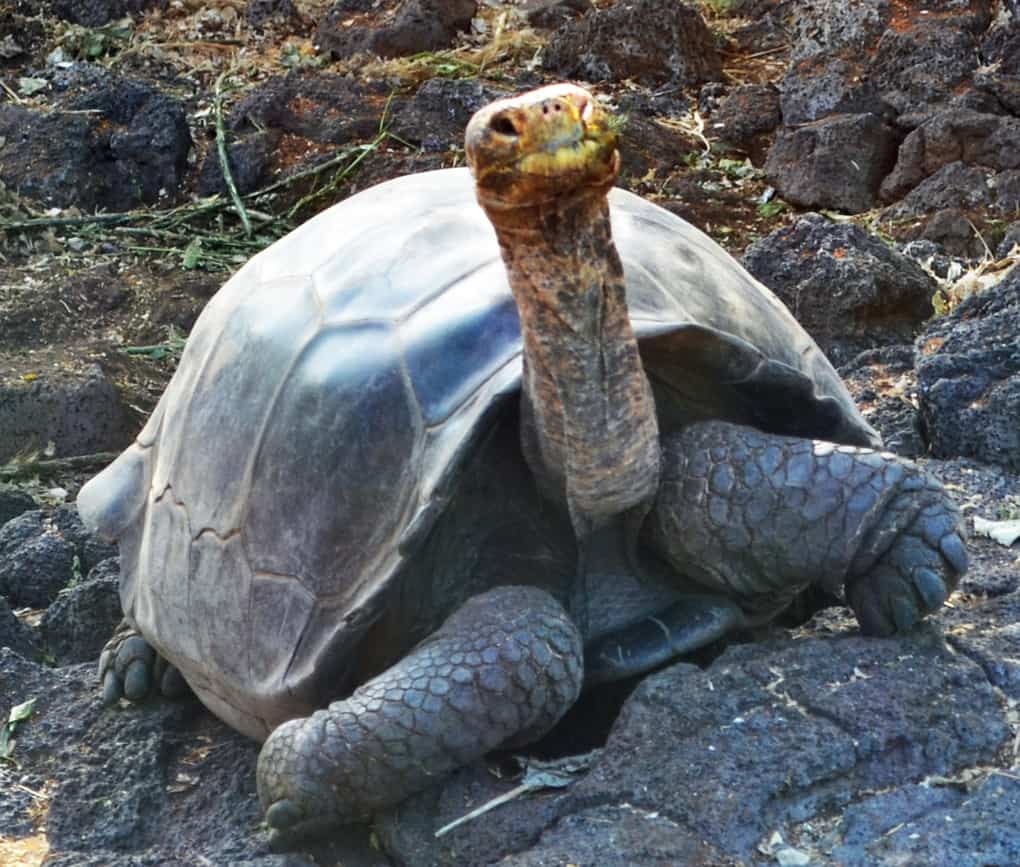 It would seem, what is special about the turtle? Here are just representatives of this species for a long time were considered completely extinct. Not so long ago, scientists discovered one Fernandina tortoise, a female aged about 100 years. Traces of vital activity were also found, which are encouraging to find several more representatives of the species.

The reason for the extinction of the species, unlike in other cases, was not human activity, but an unfavorable habitat. The fact is that volcanoes operate on the island, and flowing lava kills turtles. Also, domesticated and wild animals prey on the eggs of these reptiles. 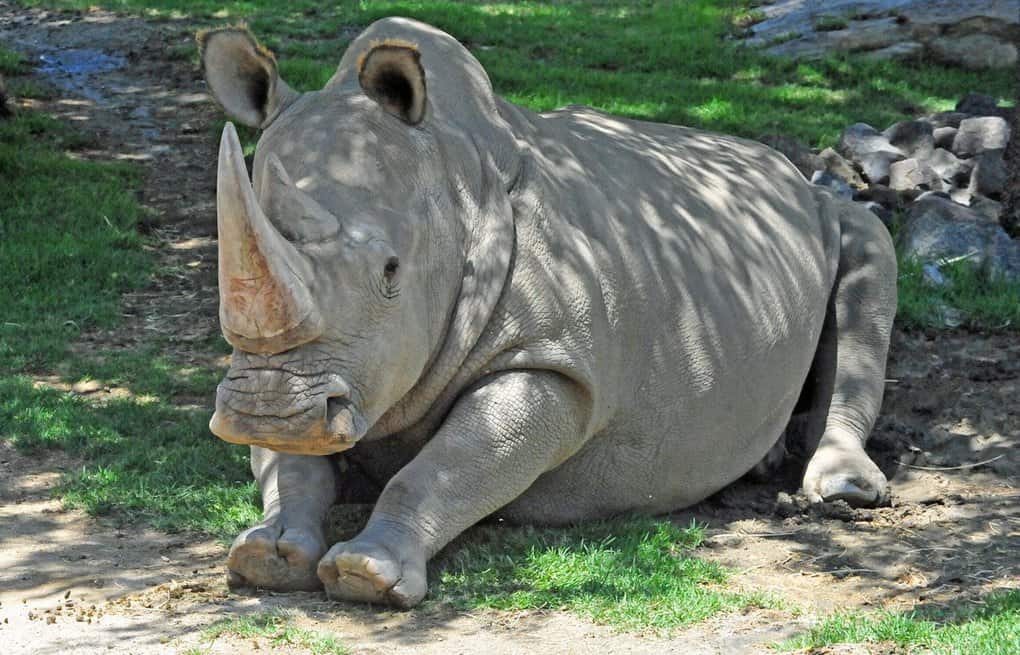 No, no, this is not an albino rhinoceros at all, but a separate species, more precisely 2 of its surviving representatives. The last male, alas, had to be euthanized last year for health reasons, and the age for the rhinoceros was respectable – 45 years.

For the first time, the number of white rhinos began to decline in the 70-80s, which is associated with poaching activities. Only the daughter and granddaughter of the euthanized rhinoceros are now alive, which, unfortunately, have already passed their childbearing age.

Scientists are trying to implant northern white rhinoceros embryos into the uterus of a female of a related southern species. By the way, the Sumatran and Javan rhinos were on the verge of extinction, of which 100 and 67 representatives remained on the planet, respectively. 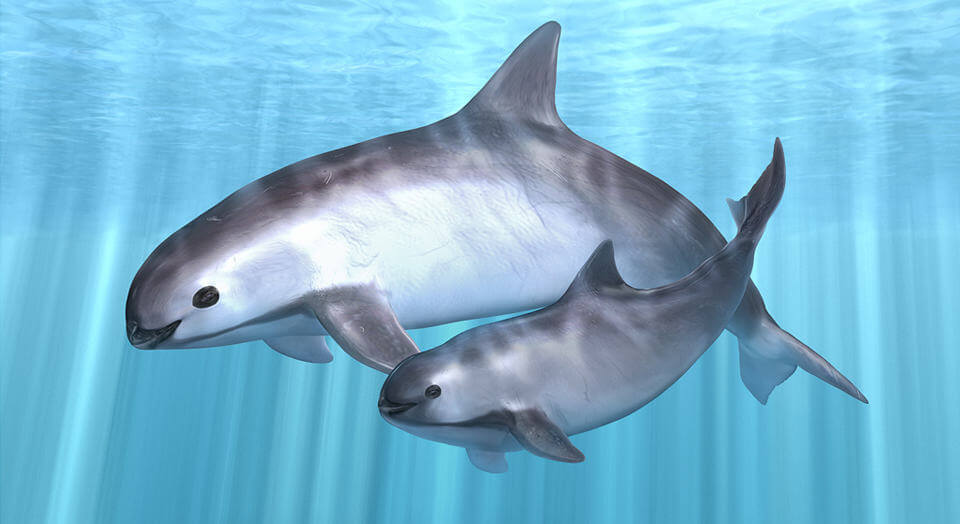 Many people did not even know that such an animal existed. A small waterfowl ” pig ” lives only in the Gulf of California in the number of 10 vaquitas.

Poaching of fish in the bay has put the vaquita at risk of extinction because it gets caught in gill nets. Poachers are not interested in animal corpses, so they are simply thrown back.

Two years ago, the planet was inhabited by several representatives of the species. Since then, the Mexican government has declared the area of the mammal’s habitat a nature reserve.

These are the disappointing forecasts for 10 representatives of the fauna of our planet. If we do not think about our “reasonable” behavior and do not start to treat nature more carefully, then in a few decades such lists simply will not be able to be published.