The cat has long been considered a magical animal. In Egypt, these noble beings were once worshipped. Many people still believe that they have supernatural powers.

Contents of the Article show
These are the 10 cat-related superstitions
1. Black cat running across the road
2. The cat must be the first to enter the house
3. The cat is sensitive to the weather
4. Cat on the ship to bring good luck
5. Kittens should not be given away for free
6. Do not pour water on the cat
7. Sneezing of a cat is a special sign
8. Cat in a baby cradle
9. To shelter a nailed animal is fortunate
10. Black cat will bring good luck to its owner

Cats can anticipate changes in the weather, predict natural disasters. It is believed that they see another world, hidden from people, one where spirits and ghosts live. It is not surprising that there are many signs associated with these animals.

These are the 10 cat-related superstitions

1. Black cat running across the road 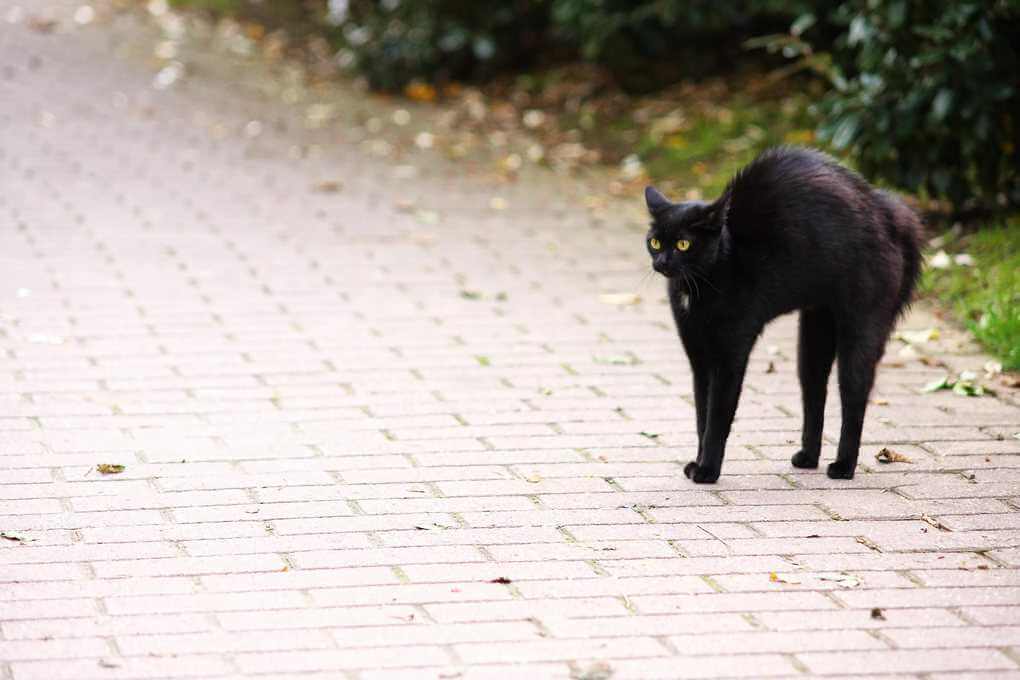 Everyone knows that a black cat running across the road portends trouble. It is considered that it is impossible to go along this road. Either choose a different path or wait for someone else to pass.

If at the same time the cat looks directly into the eyes of a person, then it is waiting for a minor nuisance. When an animal first runs alongside and only then crosses the road, the accident will not happen immediately, but after some time.

To protect yourself from harm, you can spit 3 times over your left shoulder. And when crossing this place, you need to hold on to the button or, hiding your hand in your pocket, put your fingers in a cookie.

2. The cat must be the first to enter the house 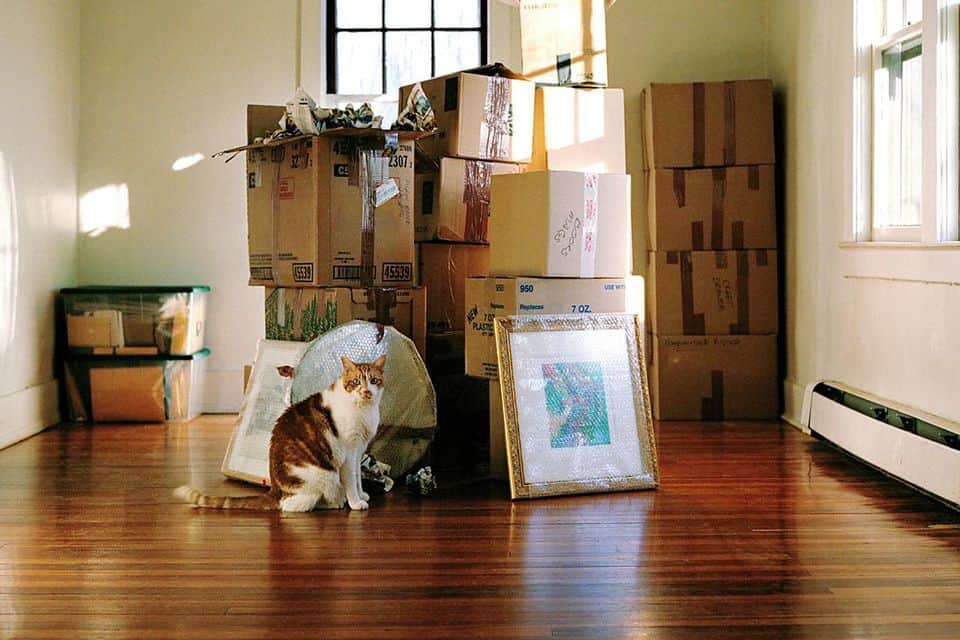 Housewarming is a joyous event for the family. To make life happy in the new house, a cat is thrown into it first. It is advisable to bring her to the apartment in advance, in the evening. After spending the night in the new house, she will prepare it for the arrival of the new owners.

3. The cat is sensitive to the weather 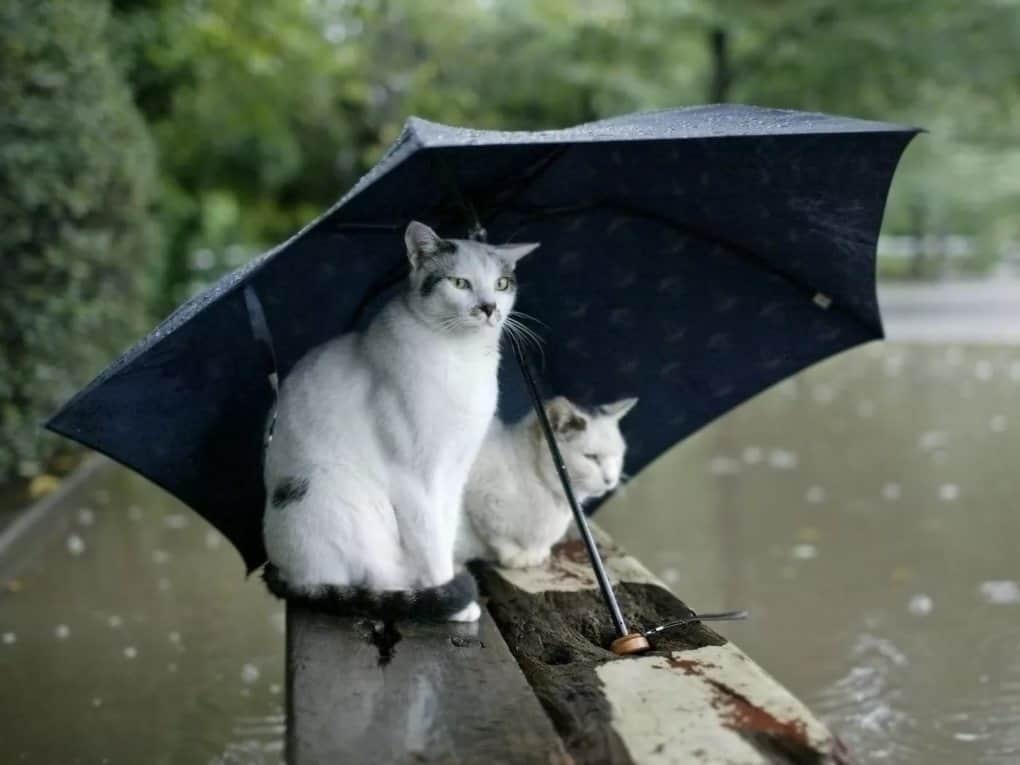 Our ancestors predicted the weather based on the behavior of these pets. If in winter the cat has chosen the warmest place, curled up and sleeps, covering its nose with its paws, then expect severe frosts soon.

Want to get warmer? Watch your cat. She should lie down in the middle of the room and sleep, stretched out to her full height. If she licks her paws vigorously, then this portends a strong wind. She began to lick her tail, the whole body, constantly scratching the wall, then expect bad weather. And if she often lies on her back, then this is a sign of good weather.

4. Cat on the ship to bring good luck 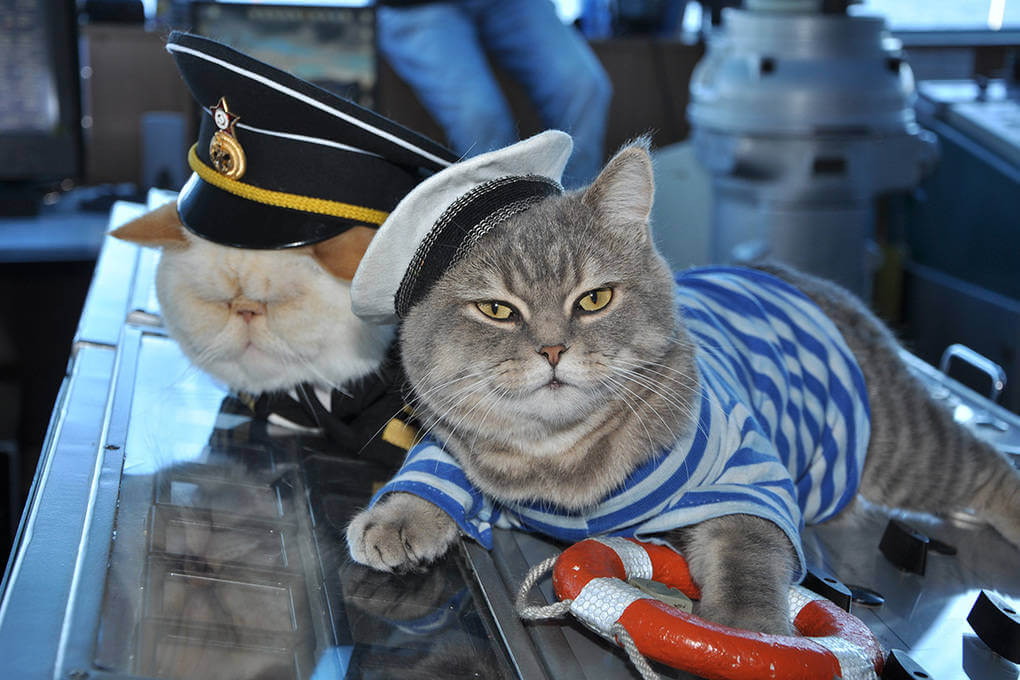 Cats can also live on the ship. They used to be turned on to fight rats. If they gnaw holes in barrels of freshwater, then the ship’s crew could die without their supplies. In addition, rodents quickly exterminated food.

Over time, such a sign has taken root: the presence of a cat on board is a good sign. She promises happiness and good luck. According to the behavior of the mustachioed residents, the sailors predicted the weather, and at sea, this is especially important. If the cat sat with his back to the fire, then this foreshadowed a storm.

A cat that diligently licks its muzzle above the ears predicts rain. A loud meow on the side of the ship is a sign of a difficult journey.

5. Kittens should not be given away for free 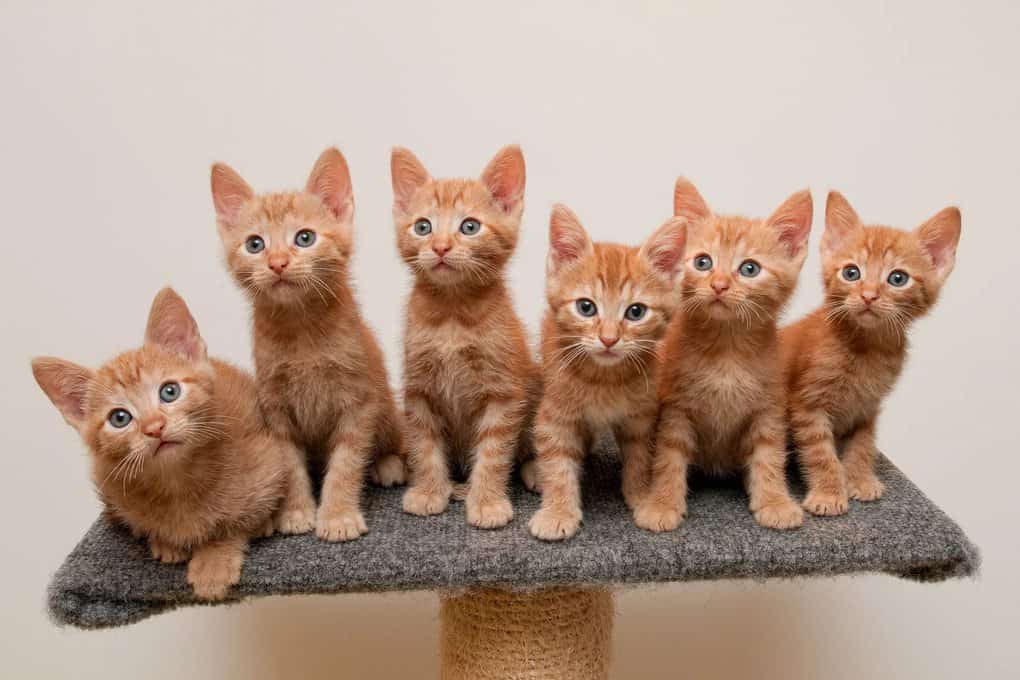 Attaching a kitten to a new family, you need to take money from its owners. Not necessarily a significant amount, even a symbolic payment of 1 rupee will be enough. It is believed that then the kitten will be able to settle down in a new family, without getting sick. And the cat that gave birth to it will remain alive, will not run away, and will not get sick.

6. Do not pour water on the cat 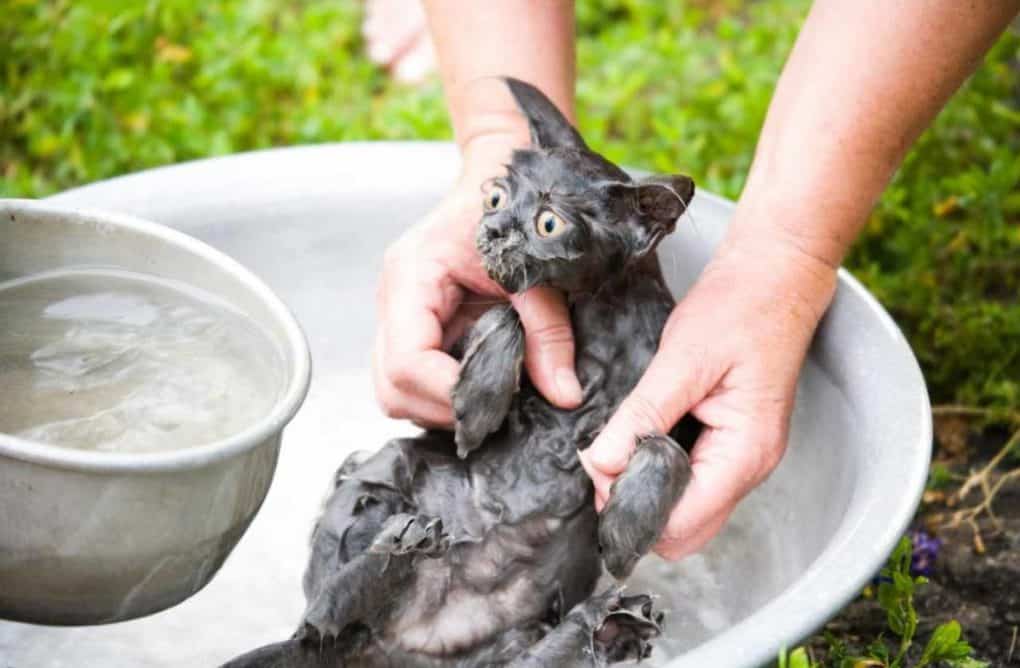 In England, one common sign: a boy who poured water on a cat will not be able to live to maturity. Many believed that pouring water on a cat could lose half its life. 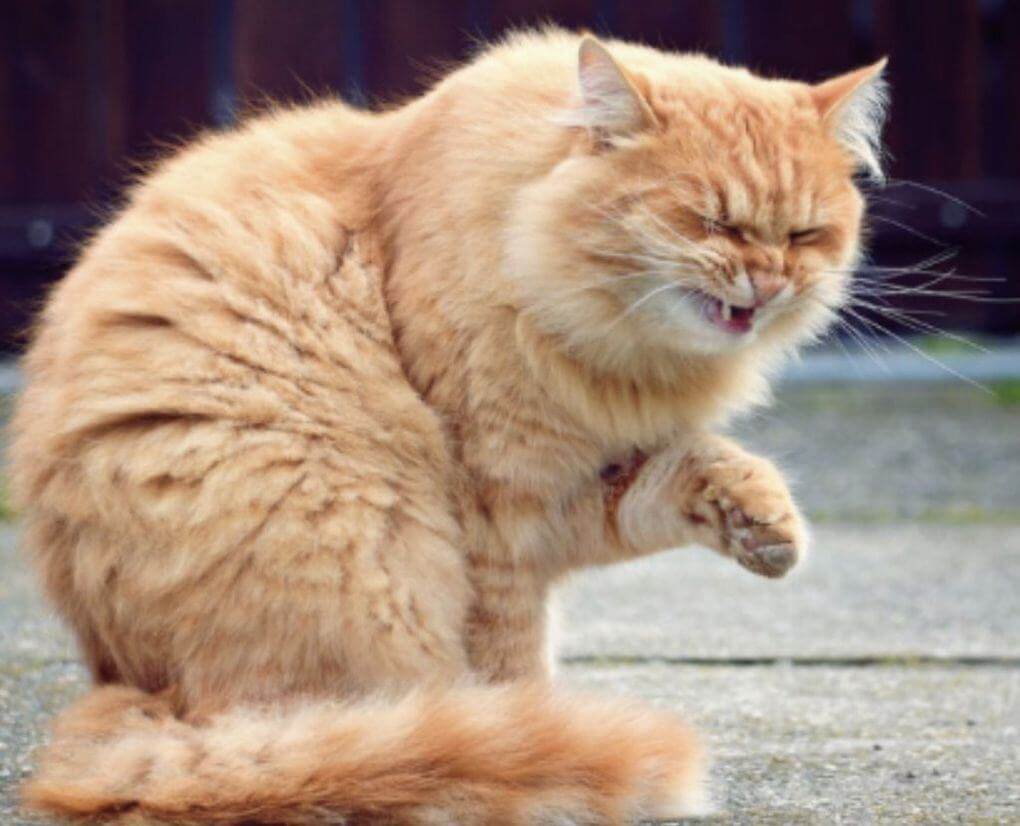 If your pet sneezes not because of a cold or other illness, this should be considered a good sign. Something pleasant awaits you. Maybe your dream will come true or you will get some good news.

If she sneezes 1-2 times, then a pleasant event will happen soon. A cat that sneezes a lot predicts a surprise in a week or a month.

If she looks up at the sky while sneezing, it probably means it’s going to rain soon. A young couple next to whom a cat sneezed may be preparing for a wedding because she predicts an early marriage. 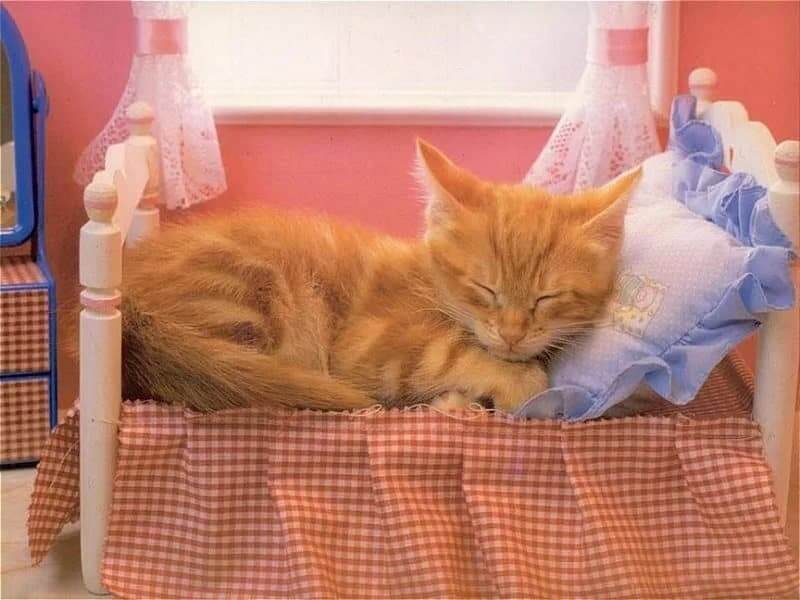 Animals sense everything bad and can drive away evil spirits from people. If a cat stubbornly climbs into the cradle to a small child, it’s not just like that. Do not send the cat away, because she protects the baby.

Children are vulnerable to dark forces, especially in their sleep. The Slavs had such a tradition. The cat was the first to go to the baby’s cradle, and then the baby. Then the baby slept better.

9. To shelter a nailed animal is fortunate 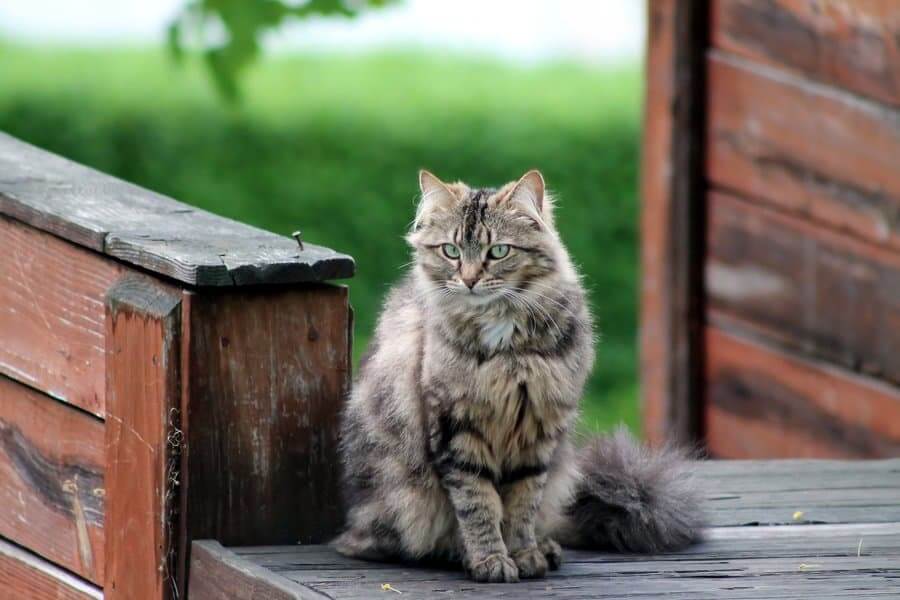 A kitten or a cat that came to your house by itself will bring you happiness. Especially if you found it on one of the church holidays. It will become the patron of this house and family, attracting prosperity.

A new tenant will help strengthen the family, return the love and mutual understanding to it. Don’t send the cat away. It is better to take care of the furry guest.

A black cat is especially undesirable, because such a neighbor’s cat, who looks into your house, can predict trouble. In China, it was believed that a strange cat that appeared in the house warned that soon the family will begin to have financial difficulties.

10. Black cat will bring good luck to its owner 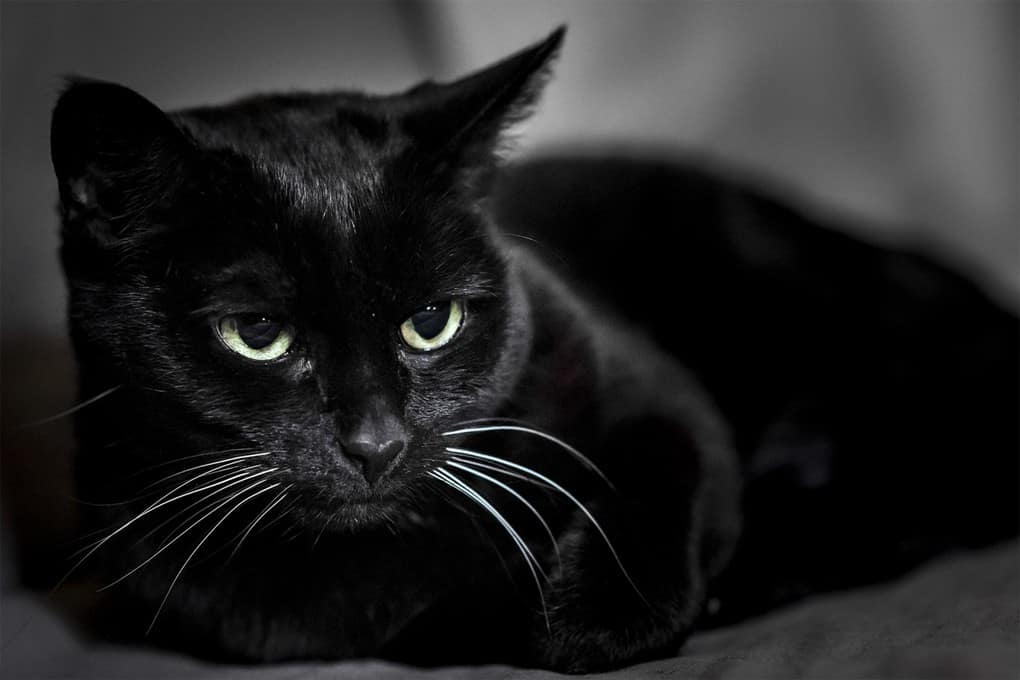 In the Middle Ages, people believed that black cats accompanied witches. They were associated with evil spirits and witchcraft.

But a lot has changed since then, including the attitude towards these graceful animals. In many European countries, a black cat is a symbol of good luck, well-being, which can protect its owner from any negativity. It was believed that it can protect against the evil eye and damage.

If a black cat crosses the threshold, it will attract prosperity to the house. Scots are happy if such an animal has appeared on the doorstep of the house. They believe that the appearance of a dark cat is a sign: soon the financial situation of the family should improve because it will bring with it wealth.

In the United States, in the state of Indiana, there is an interesting law concerning owners of black cats. On Friday, if it is the 13th, they should put bells on their pets before releasing them to the street.