On the Internet, you can find many stories about how people saved animals. They set up charities, treat cats and dogs, and literally get some of them out of the world. Wild animals that find themselves in a difficult situation are no exception. But not everyone knows that animals can return the favor.

Contents of the Article show
Below is a list of 10 cases where animals saved people from certain death
1. A Beluga whale saved an athlete from death
2. A Dog saved 92 sailors from death
3. A dolphin pulled a drowning teenager out of the water
4. A cat prevented gas poisoning
5. A dog protected a family from an armed bandit
6. A cat helped the owner to stay alive during the fire
7. A Beavers saved a boy from death
8. A parrot saved a girl from suffocation
9. An Elephant prevented the death of a girl during a tsunami
10. A Rabbit helped it’s owner, who fell into a coma

They certainly don’t pull their owners out of a burning house or call emergency services, but their help is invaluable. After all, some people owe their lives to their furry pet or animal, to which they have no relation at all.

1. A Beluga whale saved an athlete from death 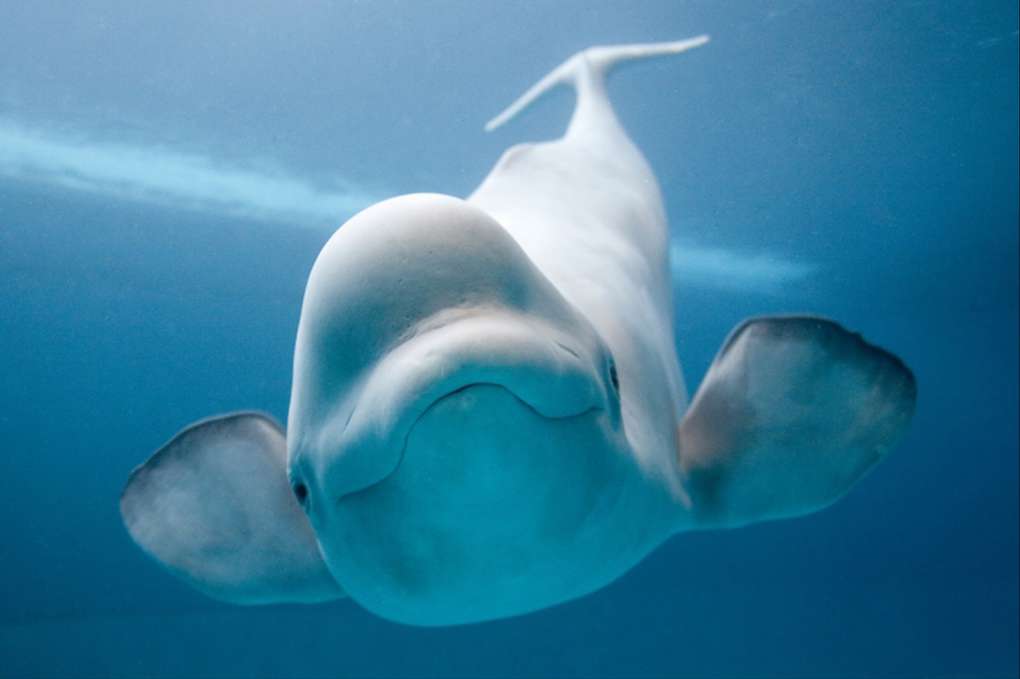 Freediving competitions were held in China. This is a special type of scuba diving, diving under the water athletes hold their breath. 26-year-old contestant Young Yoon took part in them. The girl dived into the pool, waited for the required time, but then her leg cramped.

The girl had already said goodbye to life: the air supply had run out, and she was not able to rise to the surface of the water. Belugas lived in the pool where the competition was held. One rushed to the athlete’s aid. Beluga Mila ducked under Yang, carefully pinching the girl’s legs in her mouth. She pushed the girl out of the water. The athlete was saved. 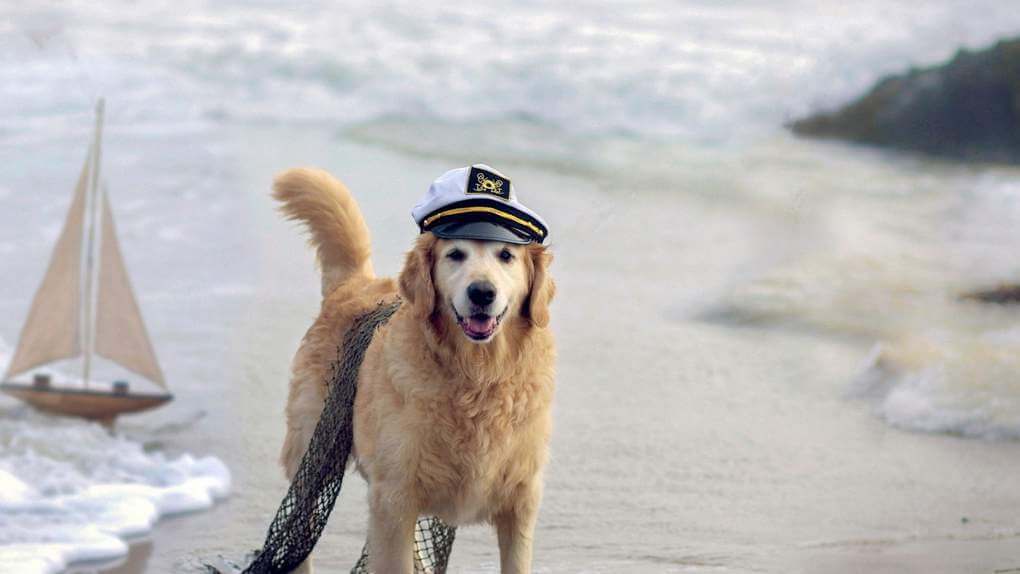 Dogs also very often perform heroic deeds. Dog Tang saved 92 people’s lives. This happened in 1919. Tan belonged to the Newfoundland breed. It lived on a ship and had the proud title of ship’s dog. Once the ship crashed into the rocks and could not swim any further. It just ran aground. There were 93 people on the ship.

One sailor tried to reach the ground but was swept out to sea. The others didn’t know what to do. Their lives were in danger. Then someone thought to send a dog for help. The dog was given a rope and sent to the shore. Surprisingly, Tanus reached the shore without letting go of the rope in its teeth. It brought help, 92 people were saved. Tang later received a medal for bravery.

3. A dolphin pulled a drowning teenager out of the water 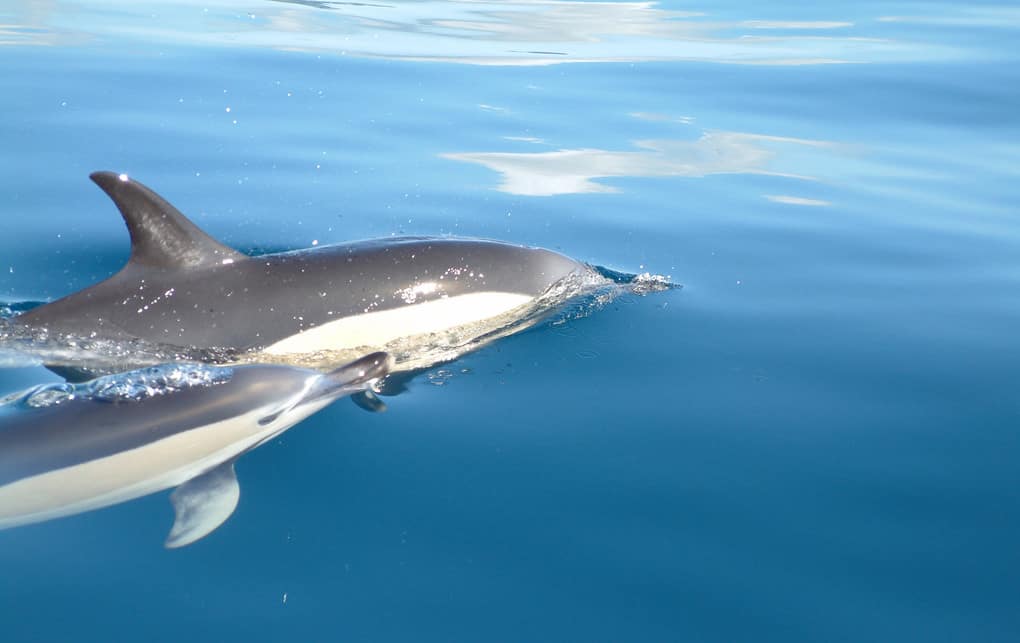 In August 2000, Filippo the dolphin performed a heroic act. It happened in Manfredonia, Italy. A 14-year-old boy was on a boat with his father. David Ceci, who has no swimming skills, fell off the boat and began to sink. The dolphin came to its rescue and began to push David towards the boat. Then the boy’s father saw him. He pulled it out.

Filippo is familiar to many locals, it has long lived in the bay, and they came up with its name. Dolphins are considered the most intelligent animals on the planet. They regularly do things and help people. Very often they save people from drowning, or from an angry shark. Filippo was no exception, and once again proved how generous animals can be. 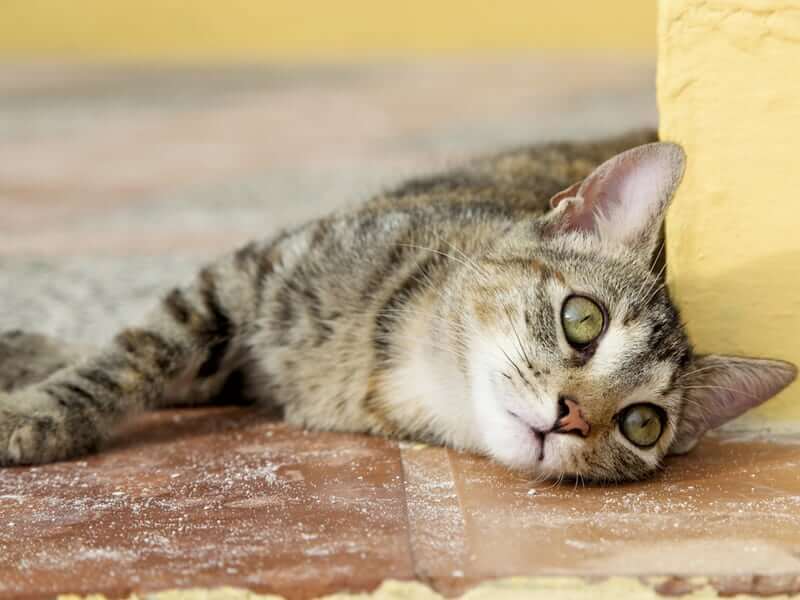 This story took place in the city of Newcastle, Indiana. Once again, the cat was the savior. The owners of the cat Erica and Katie Kiesling were sleeping when the pump with the gasoline engine broke down. Gas began to spread throughout the house. The cat noticed this and ran to wake up the owners. The cat was screaming, and even though Katie didn’t want to get up, she still had to.

The cat was already not only yelling but also pushing her in the ear. Katie did get out of bed, knowing at once that something had happened in the house. The woman felt very ill, she was sick, dizzy. She was able to call the emergency services. The family was saved. But if it wasn’t for the furry animal, the consequences would have been very tragic.

5. A dog protected a family from an armed bandit 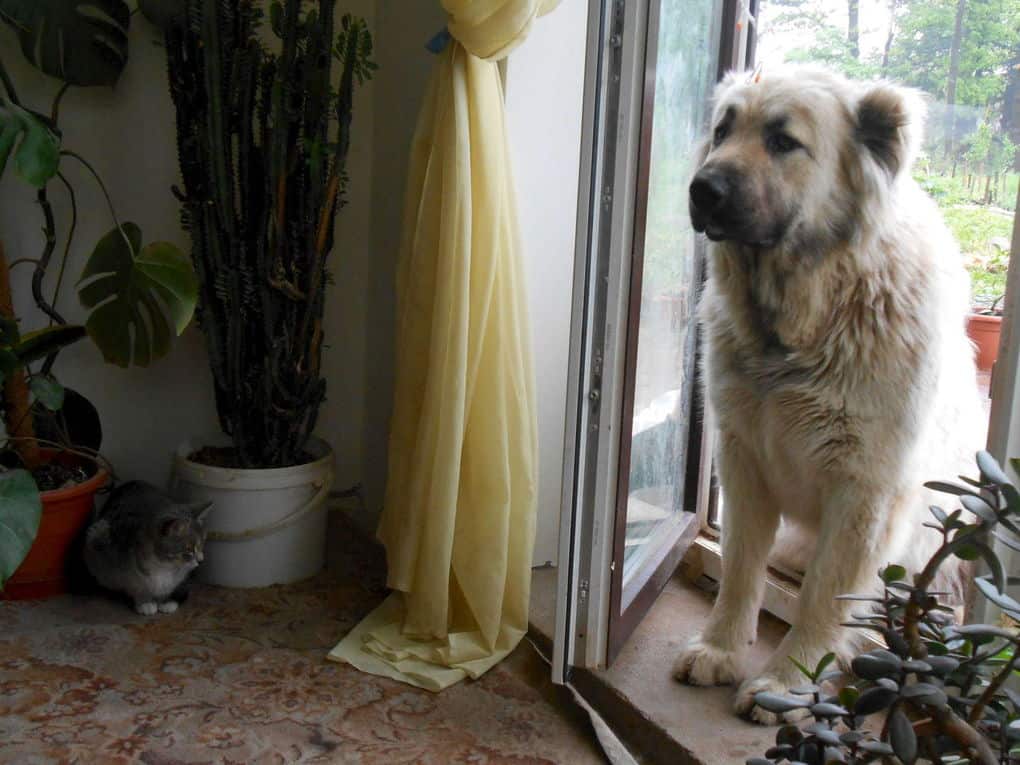 In 2014, in Atlanta, a dog called Noah saved its owners from death. They were driving past the mall in a car. Suddenly the shooting started. As it turned out, the shooter was an angry man. German Shepherd Noah jumped out of the car window. The dog tried to chase the attacker but fell in the alley. The dog saved his master, but it died in the process. The last moments of Noah’s life were captured by an outdoor video surveillance system. Noah did a truly heroic thing.

6. A cat helped the owner to stay alive during the fire 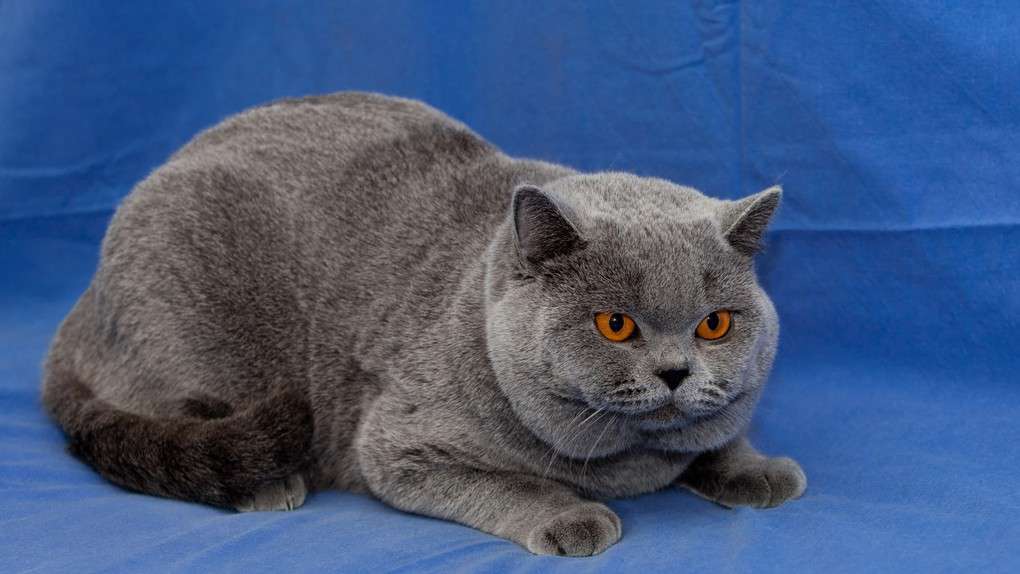 One day, Craig Jeeves from Australia took a cat from a shelter. He called her Sally. Did Craig think it would save his life? Two years later, a fire broke out in Jeeves ‘ house. It happened at night, and the man was fast asleep. The cat, sensing danger, ran to the owner’s room and began to scream heart-rendingly.

The owner woke up, got out of the house. He is still alive, thanks to his furry pet. This is not an isolated case of rescue. The media regularly reports on cats that inform their owners about the danger, and thereby help them survive.

7. A Beavers saved a boy from death 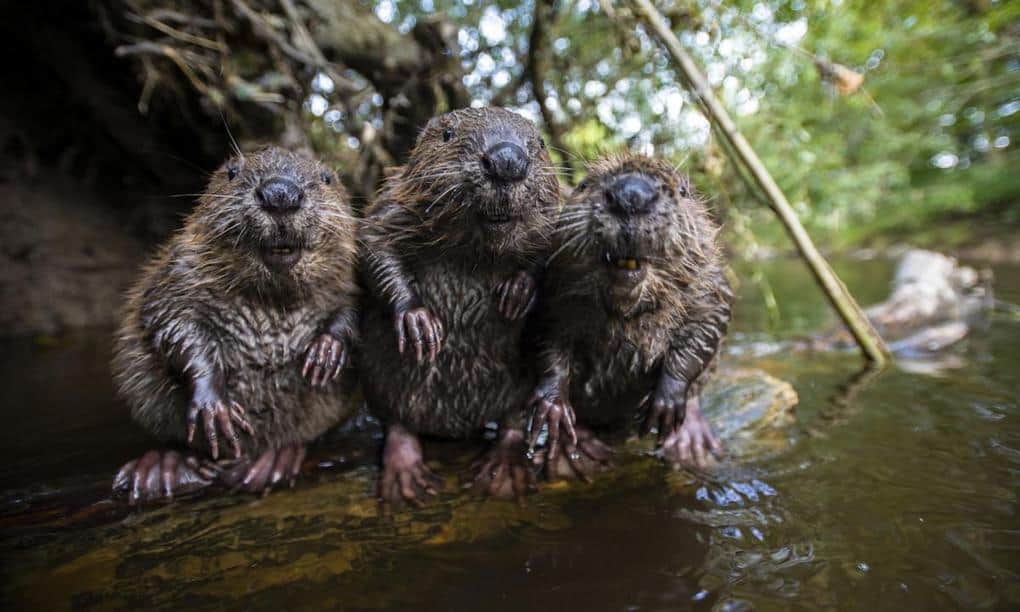 This case occurred in Canada. An Ontario family decided to spend the weekend in nature. Dad, Mom, and the boy Real Gwindon were relaxing by the river. The parents went fishing, but the child stayed on the shore. Unable to cope with the too fast current, the adults drowned. The child saw everything, he decided to go to the nearest village and call for help.

But as soon as it began to get dark, the boy was afraid, he did not dare to go through the night forest. He had to spend the night in the open air. When he lay down on the ground, he felt something warm and fluffy appear next to him. Riyal mistook the animal for a dog, but in the morning he saw that his rescuers were beavers. Three small animals kept him warm all night and saved him from hypothermia.

8. A parrot saved a girl from suffocation 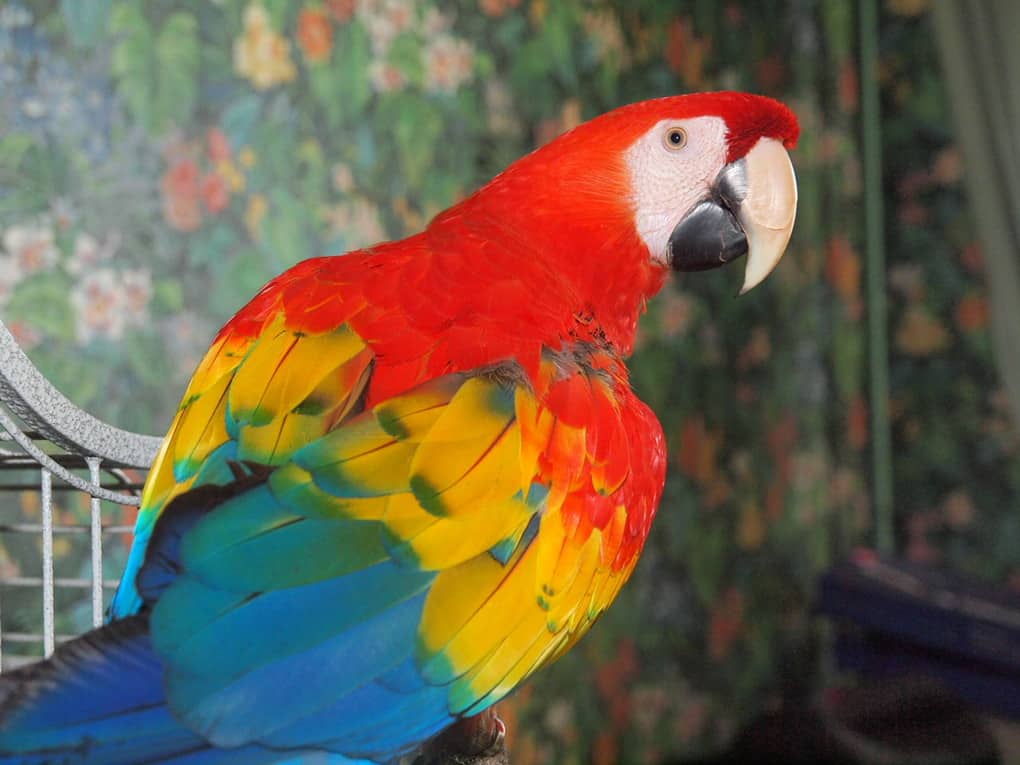 The owner of the bird worked as a nanny for a two-year-old girl. In the morning, she made breakfast, sat the child down at the table, and then went to the bathroom. The little girl choked and began to choke. Willy the parrot noticed this and shouted loudly, ” Mama baby.” The nanny got out of the tub and rushed to the girl’s aid.

With the help of the Heimlich technique, she saved the child. Willy the parrot received an award from the Red Cross for saving a human life. The bird was awarded in Denver, and even the mayor of the city and the state governor came to the ceremony.

9. An Elephant prevented the death of a girl during a tsunami 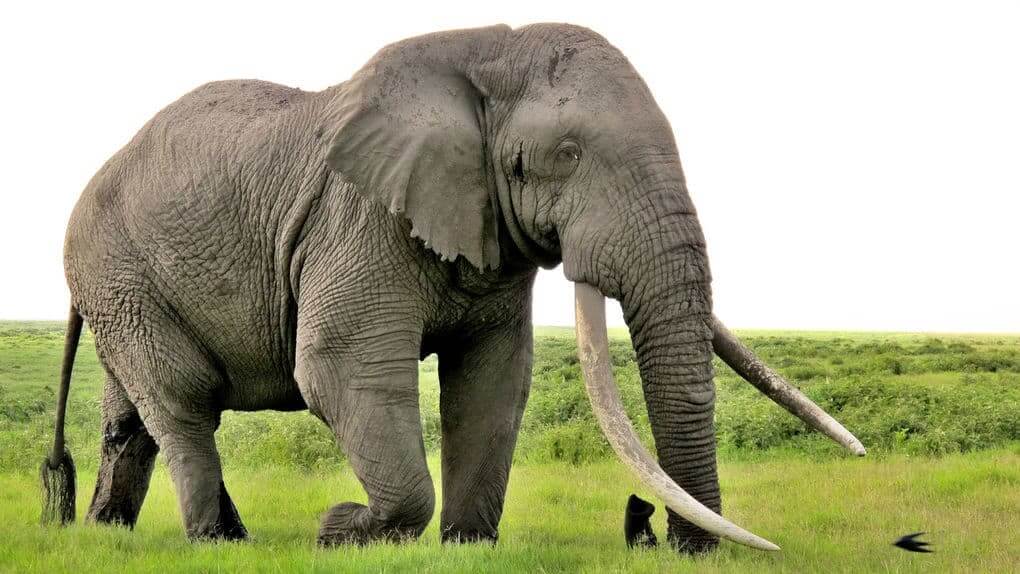 In 2004, Amber and her mother were on vacation in Phuket. Vacationers were offered elephant rides along the coast. The girl was delighted with them. She even got a pet baby elephant, Ning Nong. She fed it bananas and only rode it. That day was quite ordinary, but the elephant was restless, it was trying to get away from the beach.

Then, suddenly, it ran deeper into the jungle. It turned out that a tsunami was coming from the sea. The elephant carried the girl to a safe place. Thanks to it, Amber is still alive. A few days later, the girl returned home, and the baby elephant was transported to the Kanchanaburi camp. It grew up there, but is still very friendly to tourists.

10. A Rabbit helped it’s owner, who fell into a coma 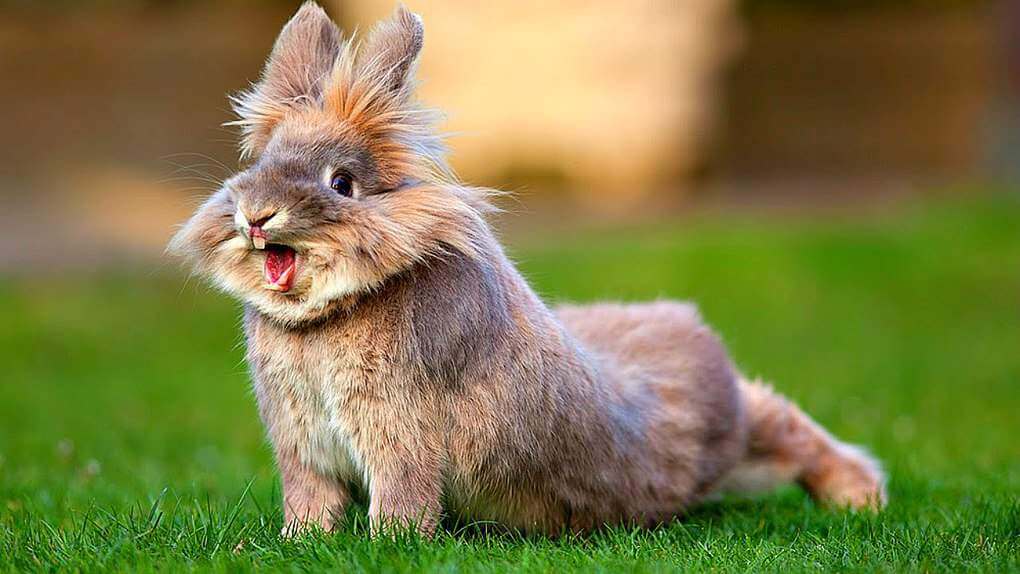 This story happened in Cambridge. Simon Steggal has had diabetes since childhood. He was sitting on the couch, watching TV. At some point, he became ill, Simon lost consciousness. His wife didn’t think much of it; the woman thought he was asleep. But the rabbit sensed something was wrong. It climbed onto the owner’s chest and started jumping.

The rabbit weighed about 10 kilograms, but the man did not wake up. Then Vicki realized that her husband was in trouble. She called a doctor, and Simon was rescued. And Dory rabbit became famous all over the world for his heroic act.